Hello and welcome to the 356th installment of the SWD. As of today, Syrian War Daily is monetized and funded exclusively by the members of the team. If you would like to support Syrian War Daily, please consider whitelisting or turning off your ad blocking software on the website.

Turkish Armed Forces stated that 2795 elements of the YPG were “neutralized” since the start of the operation ‘Olive Branch’.

Turkey-backed Free Syrian Army and Turkish Land Forces’ artillery targeted Jindires, Tell Aswad, Barbana, and Qura Tuba in Afrin region. According to the Syrian Arab News Agency, one civilian was killed and 22 wounded by the shelling of the aforementioned localities. 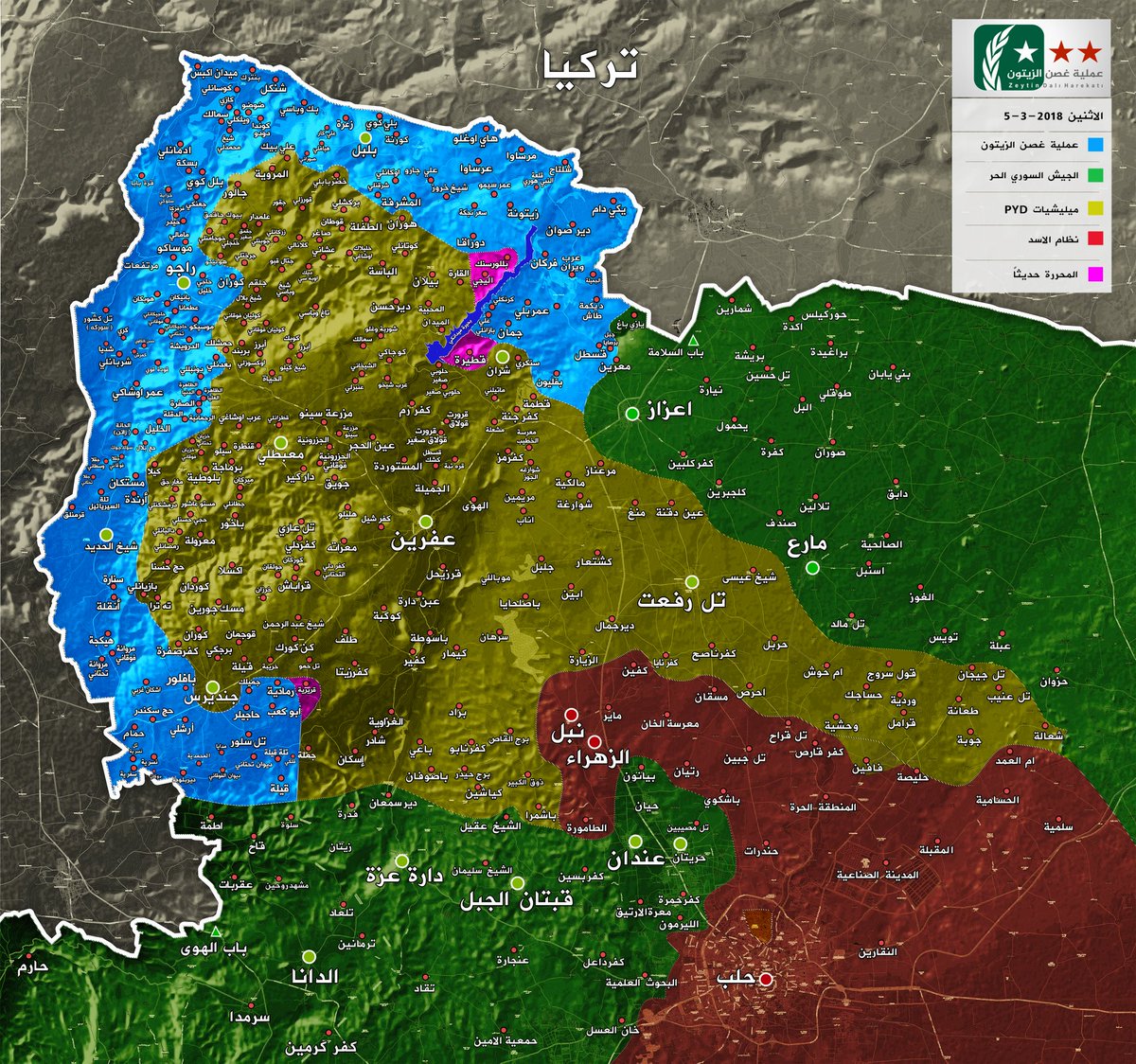 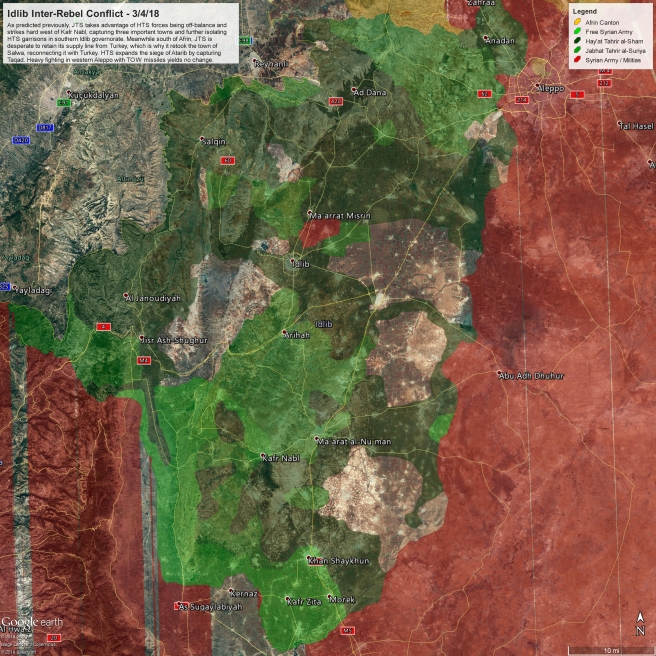 Syrian Arab Army reopened Al-Dar al-Kabir crossing between the city of Homs and rebel Northern Homs pocket. The crossing was closed three months ago without a reason.

Rebel forces in the East Ghouta shelled Harasta and Adra, as well as Bab Touma and Tishreen Military Hospital in the city of Damascus. According to the Syrian Arab News Agency, 15 civilians were wounded by the shelling of the aforementioned localities.

Syrian Arab Red Crescent in cooperation with the United Nations, delivered a humanitarian aid convoy to the city of Douma in the East Ghouta. The convoy consisted of 46 trucks and is reportedly going to aid around 27,500 people.

Syrian Arab Army advanced against Ahrar al-Sham-led rebels north of Harasta and captured several farms, in an attempt to surround the rebel-held areas of the locality. On the front with Jaysh al-Islam, Syrian Arab Army captured Al-Muhammadiyah, while the clashes between the two continue in and around Al-Rayhan and Al-Ashaari. 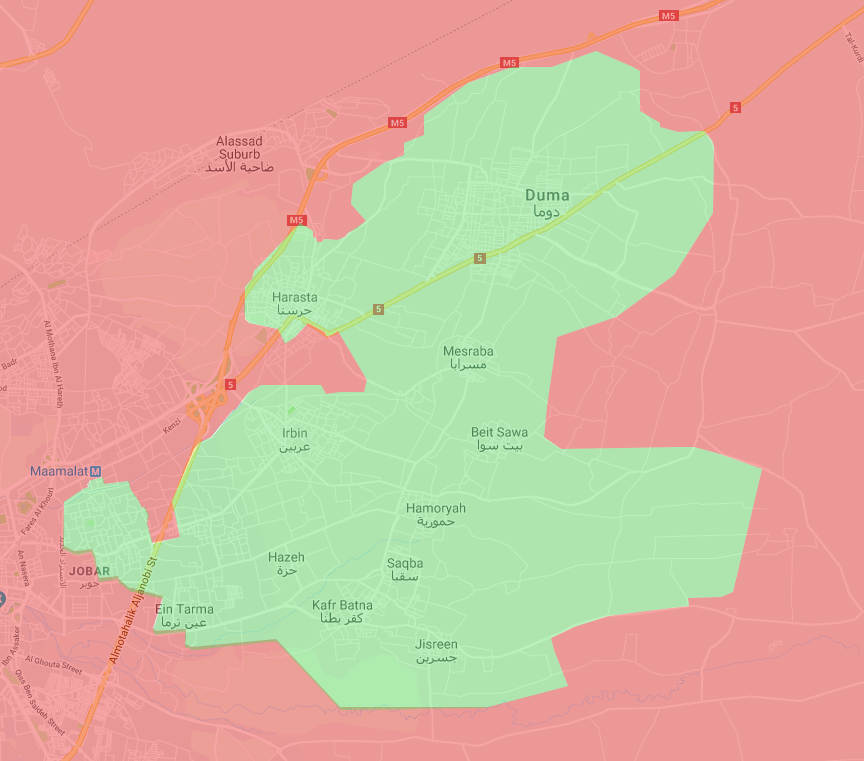 Unknown gunmen released a child in Nawa, who was kidnapped on the 27th of February in the city of Dael.

Islamic Emirate of Afghanistan (Taliban) ambushed and killed Afghan Local Police’s commander, along with another element of the police in Imam Sahib district.

Afghan National Army and Islamic Emirate of Afghanistan clashed in Tagab district, as the latter attacked former’s military base in the district. According to the reports, one element of the Afghan National Army was killed and another wounded in the encounter.

Afghan National Security Forces and Islamic Emirate of Afghanistan clashed in Saydabad district, as the latter tried to advance on the former’s post in the district.

Islamic Emirate of Afghanistan attacked Afghan National Army in Pul Saray area of Injil district, reportedly destroying a vehicle, as well as killing one and wounding one soldier.

Islamic Emirate of Afghanistan assassinated Afghan National Army’s commander Lalai with an improvised explosive device, which targeted his vehicle on a road towards Tarinkot, at the outskirts of Shah Wali Kot district. The explosion reportedly also killed four elements of the Afghan National Army.