Hello and welcome to the 354th installment of the SWD.

Turkey-backed Free Syrian Army, backed by Turkish Air and Land Forces captured seven localities from the Syrian Democratic Forces’ YPG in Afrin region, as a part of the operation ‘Olive Branch’ (AR: Ghasin al-Zaytun, TR: Zeytin Dalı). Free Syrian Army captured Rajo in Rajo subdistrict, Jamilik and Al-Ramdiyah in Jindires subdistrict, and Ali Bayzanli, Qaraqin, Jaman, Badnali, as well as three hills around Bifliyoun in Sharran subdistrict. Reports suggest that ten elements of the Free Syrian Army were killed and 20 wounded, as well as more than 15 elements of the YPG killed during today’s clashes in the western Afrin region. 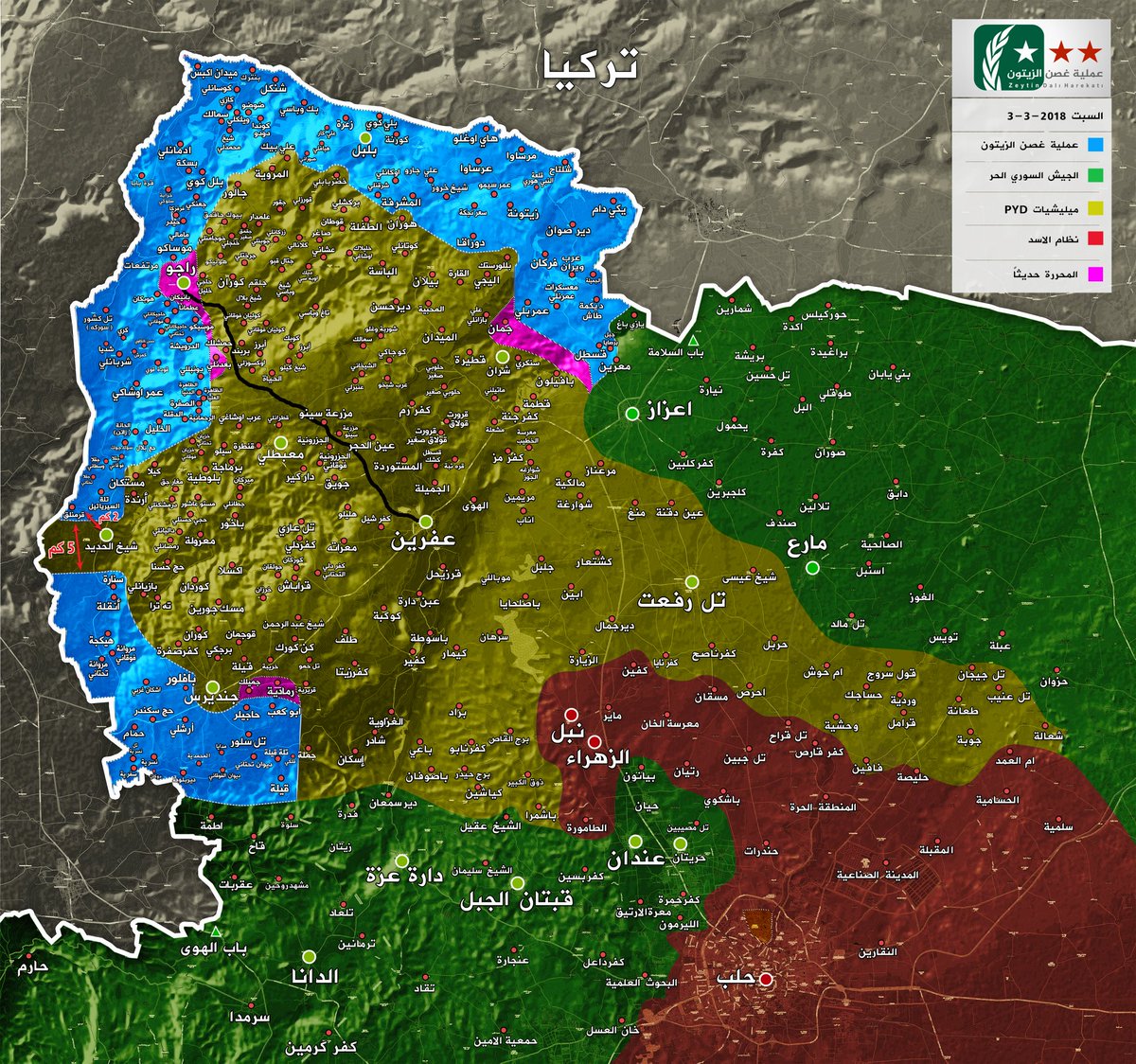 Left over Islamic State’s improvised explosive device killed two and wounded one civilian in Al-Mahata district of the city of Raqqa.

Civil Administration of Morek issued a decision abolishing taxes on goods entering rebel-held areas through a crossing near the locality. The taxes were imposed by Hayat Tahrir al-Sham during the group’s control of the locality and the crossing. Taxes on fuel and gas have been halved, in order to provide salaries for the employees of the crossing. The road between Morek and Souran is used as a trading route between Syrian government-held and rebel-held areas. The civil administration received control of Morek and its crossing from Hayat Tahrir al-Sham on the 28th of February, after an agreement was reached between the two sides.

Syrian Arab Army’s artillery and Syrian Arab Air Force targeted Beit Sawa, Douma, and Al-Muhammadiyah in the East Ghouta. According to the Syrian Civil Defense (The White Helmets), two civilians were killed and four of the organization’s elements wounded by the targeting of Douma. 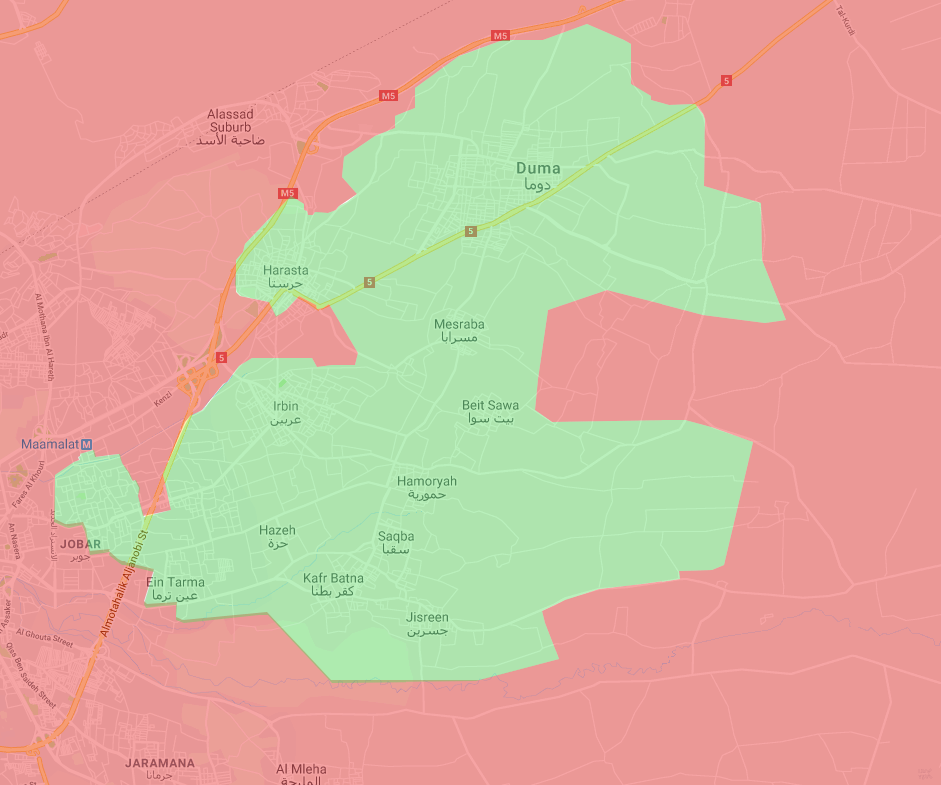 Afghan National Security Forces killed three and wounded eight elements of the Islamic Emirate of Afghanistan in the province.

Afghan National Security Forces killed one and arrested four elements of the Islamic Emirate of Afghanistan, as well as destroyed three vehicles and several weapons depots and ammunition caches in Jerashk and Khanashin districts.