Hello and welcome to the 353rd installment of the SWD.

Turkish Land Forces’ artillery shelled localities in Jindires, Shaykh al-Hadid, Rajo, and Sharran subdistricts of Afrin. According to the Syrian Arab News Agency, one civilian was killed and eight wounded by the shelling.

Rebel factions operating in Al-Atarib; Thuwar al-Sham, Liwa Shuhada al-Atarib, Faylaq al-Sham, and Ahrar al-Sham, formed a unified military formation named Thuwar al-Atarib (Revolutionaries of Al-Atarib), consisting of over a thousand of fighters. The new formation’s goal is to protect Al-Atarib from any aggressor, as well as repel Syrian Arab Army’s advances in the area. 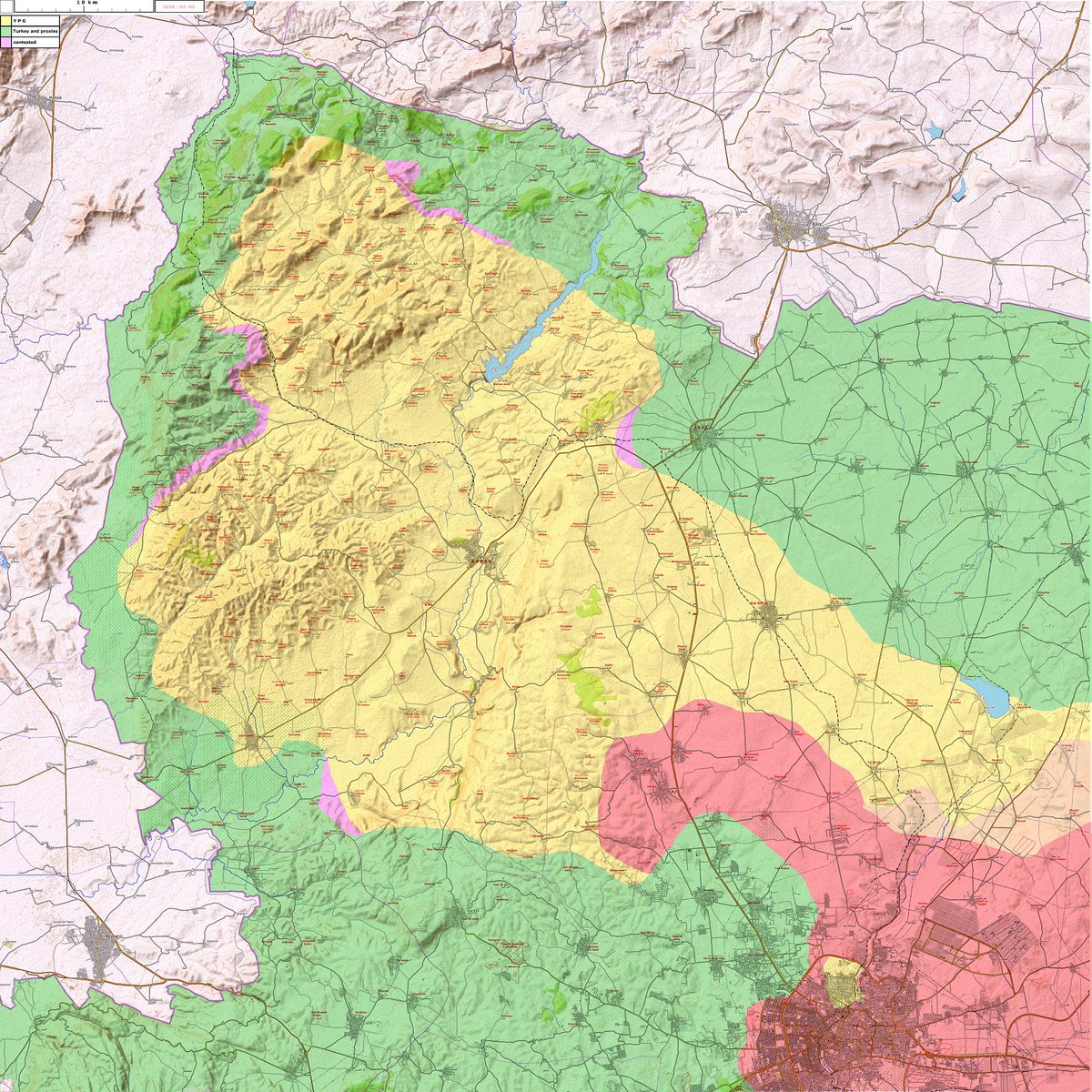 Situation in Afrin region, HD version of this map can be found here. Source: Lucio Cienfuegos

Residents of Binnish reportedly agreed to hand over checkpoints surrounding the locality to Jaysh al-Ahrar, in order to neutralize the locality from Hayat Tahrir al-Sham and Jabhat Tahrir Suriya’s infighting in Aleppo and Idlib governorates.

Two preachers/clerics from Saudi Arabia, Sheikh Abdullah al-Muhaysini and Sheikh Musalah al-Olayan announced formation of Tajammu Al-Aba (Gathering of Fathers), with the former figure being the leader of the formation, and the latter figure being the deputy. Statement released by the two clerics states that the new formation for foreign fighters is not a new military faction, but rather focuses on excluding foreign fighters from the infighting between Hayat Tahrir al-Sham and Jabhat Tahrir Suriya. According to the statement, the foreign fighters are going to remain in their factions. The newly-formed formation will encourage the aforementioned fighters to focus on fighting the Syrian Arab Army and its allies.

Hurras al-Deen’s (Religious Guards / Guardians of Religion) Jaysh al-Sahel released a statement threatening to engage Jabhat Tahrir al-Sham’s elements, if the latter storms the villages of Muhambal, Bisanqul, and Kafr Shalaya in the southwestern Idlib governorate. Hurras al-Deen is a newly-formed organization, made up of seven rebel factions.

Syrian Arab Army made limited advances around Kufa farms on Al-Amiriyah front in the Northern Homs pocket, however, these advances were reversed by the rebel Northern Homs Countryside Operations Room. The operations room reported that more than 15 elements of the Syrian Arab Army were killed and wounded in the encounter, as well as a tank destroyed and a BMP damaged. Sources from Ahrar al-Sham claim that 11 Syrian Arab Army’s elements were killed and seven wounded in the encounter.

Rebel forces in the East Ghouta shelled Harasta and Barzeh area of the city of Damascus. According to the Syrian Arab News Agency, three civilians were wounded by the shelling of Dahiyet al-Assad in Harasta. 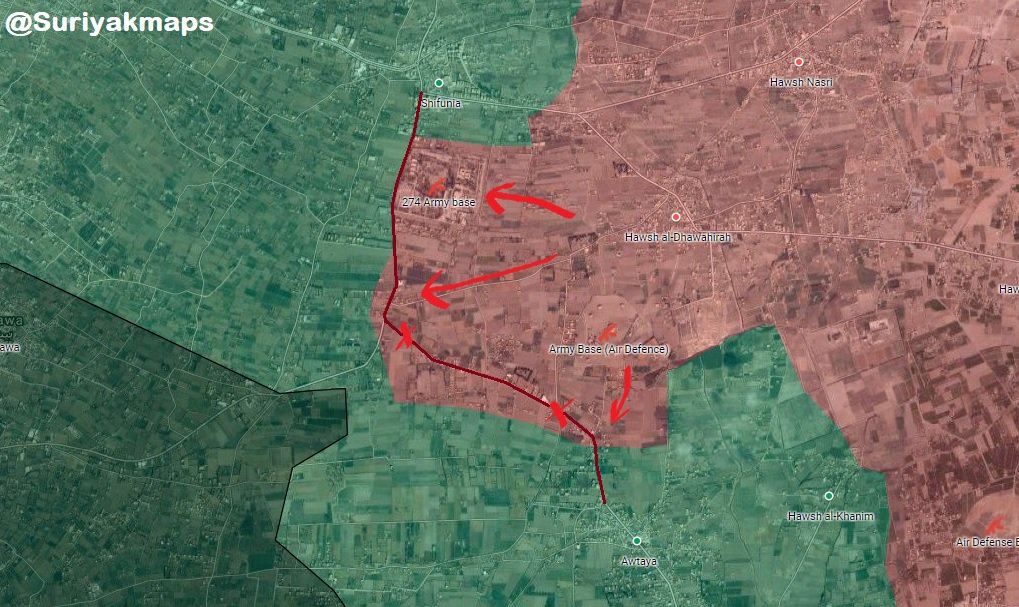 Improvised explosive device killed a civilian on a road in Al-Lajat area, northeast of Daraa.

Islamic Emirate of Afghanistan raided Afghan Local Police’s positions in the city of Gardez, reportedly killing four and wounding six policemen. Similarly, two elements of the Afghan Local Police were wounded in an attack on a checkpoint in Lazha Ahmadkhel district.

Afghan National Security Forces killed three and wounded one element of the Islamic Emirate of Afghanistan, as well as destroyed a vehicle in Kajaki and Nad Ali districts.

Between the 23rd of February and the 1st of March 2018 CJTF-OIR has conducted 17 strikes in Syria. CJTF-OIR‘s main focus in Syria at the moment is Deir al-Zour-Albu Kamal region where they did 16 strikes supporting SDF‘s operations against IS destroying a heavy machine gun, five fighting positions, three IS supply routes, an IS vehicle, an IS-held building, an IS motorcycle, and two weapons caches.

Other area where one strike occurred is Al-Shadaddi, engaging an IS tactical unit and an IED facility. Full report on CJTF-OIR strikes conducted in both Syria & Iraq can be found here.