Hello and welcome to the 350th installment of the SWD.

Syrian Democratic Forces’ YPG reportedly recaptured the village of Amranli in Sharran subdistrict from Turkey-backed Free Syrian Army. However, the locality should be considered as disputed for now, unless the capture is confirmed by the official YPG channels or refuted by the TFSA channels.

Rebel Jaysh Halab al-Shahba (Jaysh Ibna al-Shahba according to some), which was formed yesterday, announced its dissolution. The group was presumably dissolved due to Jabhat Tahrir Suriya threatening to attack it, as it allegedly harbored elements and commanders of Hayat Tahrir al-Sham. 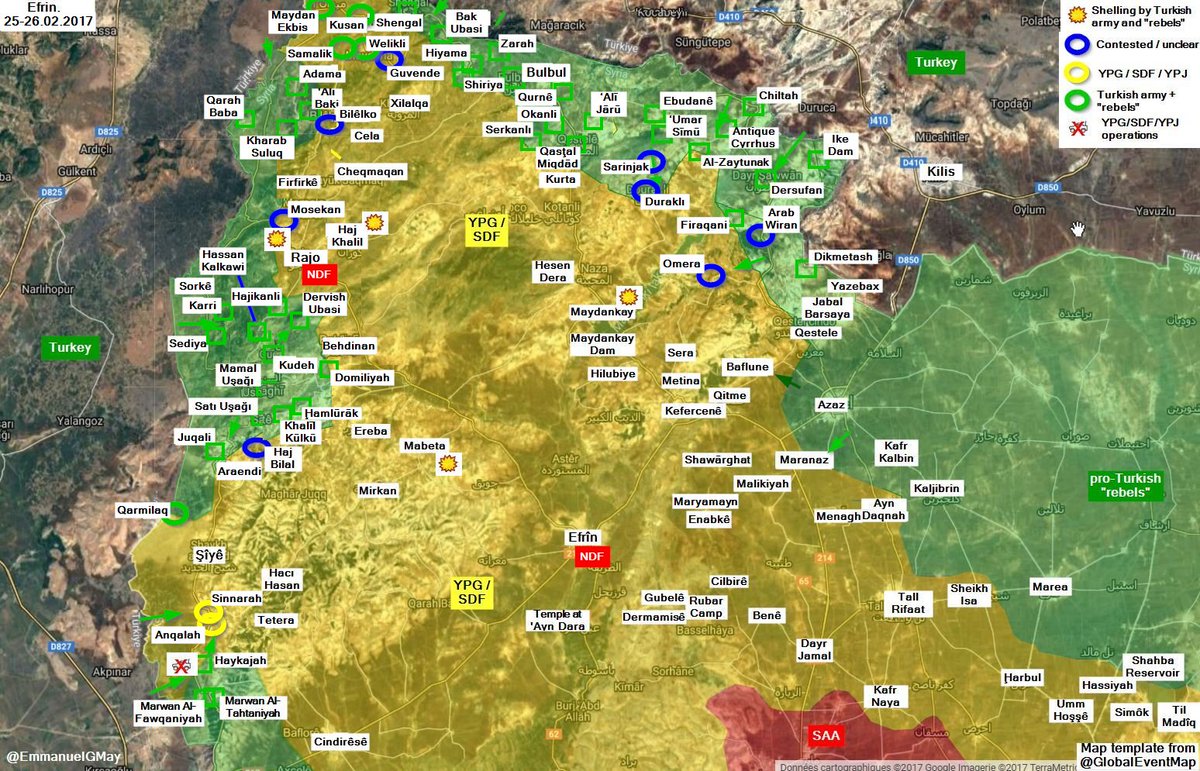 Syrian Arab Army’s sniper killed an element of Faylaq al-Sham on the front line near Al-Rastan in the Northern Homs pocket.

Left over Islamic State’s improvised explosive device reportedly killed one and wounded three elements of the Syrian Demoratic Forces in the village of Al-Bahra, northwest of Hajin.

Islamic State’s Amaq Agency reported destruction of a Syrian Democratic Forces’ bulldozer with an anti-tank guided missile northeast of Al-Shaafa, near the border between Syria and Iraq.

Syrian Arab Army’s artillery and Syrian Arab Air Force targeted Harasta, Mesraba, Douma, Hawsh al-Dawahirah, Jisreen, Al-Shifuniyah, Kafr Batna, Hammouriyah, and Zamalka in the East Ghouta. According to the Syrian Civil Defense (The White Helmets), one civilian was killed by the targeting of Jisreen and several wounded by the targeting of Mesraba.

Rebel forces in the East Ghouta shelled Al-Wafideen camp, Harasta, Jaramana, and Daf al-Sakhar area of the city of Damascus. According to the Syrian Arab News Agency, 12 civilians were wounded by the shelling of the aforementioned localities.

Jaysh al-Islam’s spokesman Hamza Birqdar stated that the group ambushed Syrian Arab Army’s elements on Hawsh al-Dawahirah front in the East Ghouta. According to Birqdar, 36 elements of the Syrian Arab Army were killed in the ambush, as well as a T-72 tank and a BMP destroyed. 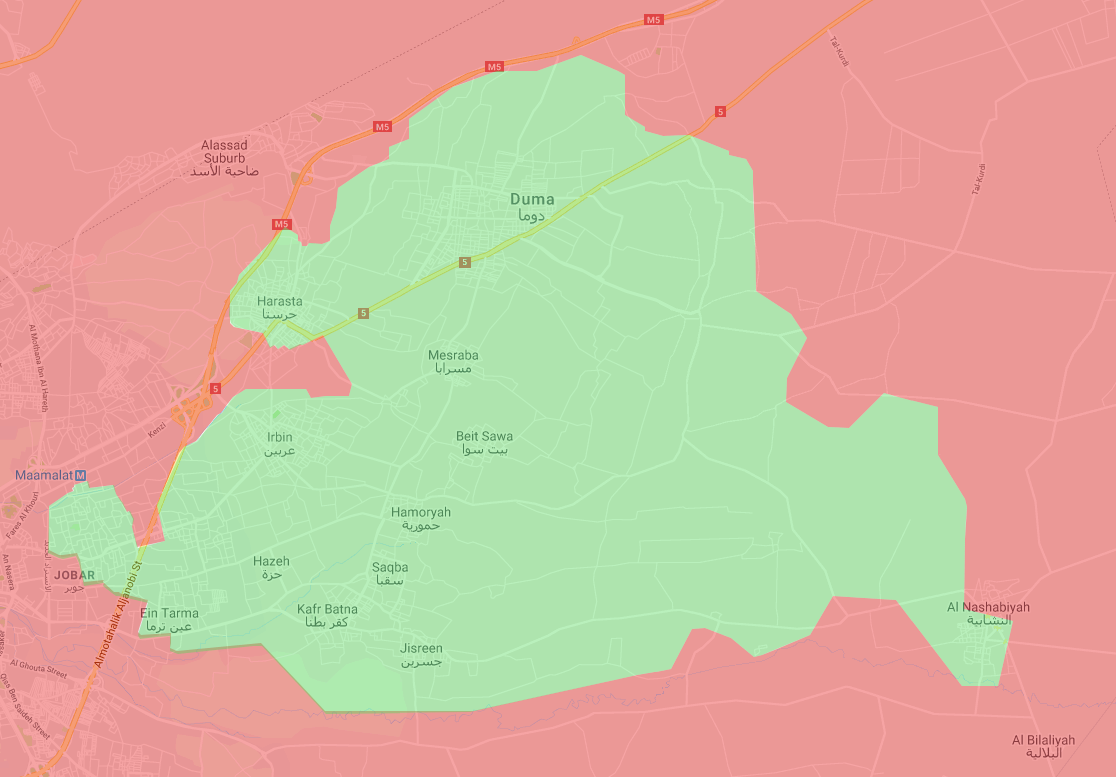 Unknown gunmen kidnapped a child in the city of Dael, north of Daraa.

Afghan National Security Forces killed 18 and wounded 21 elements of the Islamic Emirate of Afghanistan (Taliban) in Pashtun Kot district, according to the Afghan Ministry of Defense.

Islamic Emirate of Afghanistan’s sniper killed an element of the Afghan National Police in Nijrab district.

Islamic State’s Amaq Agency reported destruction of a bus used to transport Shiite pilgrims in the city of Quetta, provincial capital of Balochistan. The agency also stated that the driver of the bus was killed, also in Quetta.