Hello and welcome to the 349th installment of the SWD.

Rebel elements in the western Aleppo formed Jaysh Halab al-Shahba (Jaysh Ibna al-Shahba according to some), under the command of Captain Amin. However, after its formation, Jabhat Tahrir Suriya threatened to fight the newly-formed group, as it allegedly harbors elements and commanders of Hayat Tahrir al-Sham. Captain Amin stated that the group does not contain any elements of Hayat Tahrir al-Sham and only aims to fight against the Syrian Arab Army and its allies. According to Captain Amin, the newly-formed group consists of around 600 fighters. 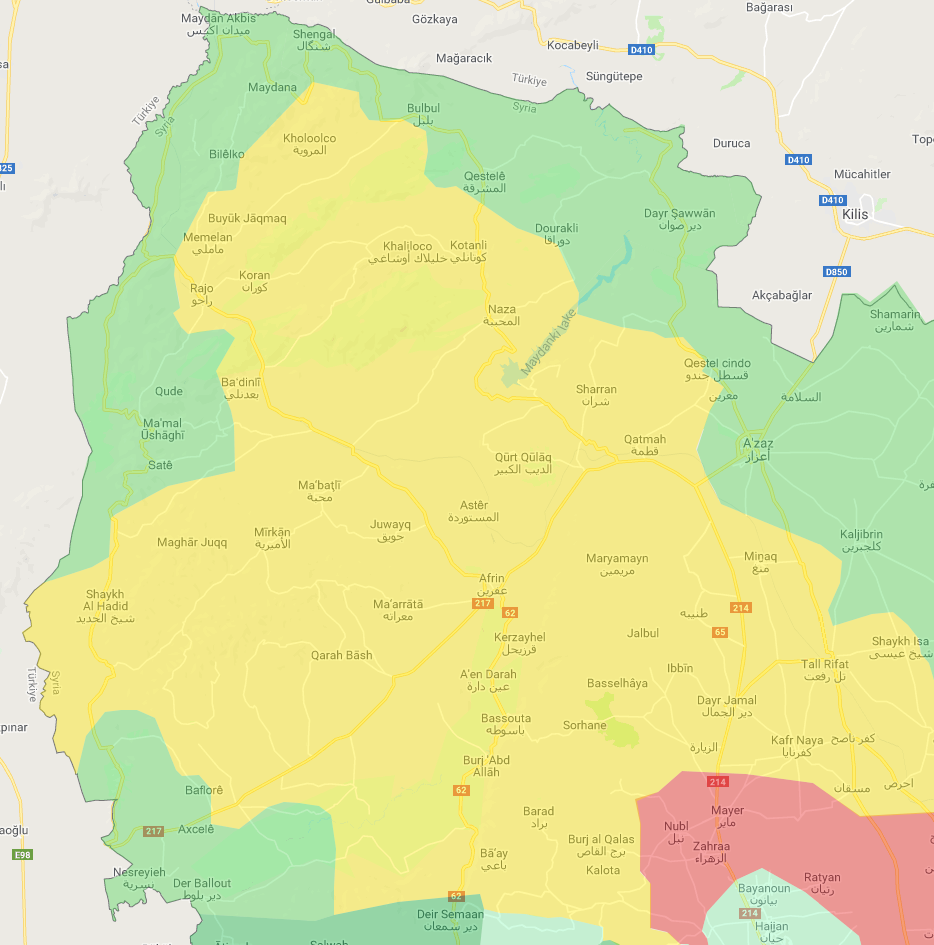 Hayat Tahrir al-Sham and Jabhat Tahrir Suriya also clashed in Maar Shurin, south of Idlib. According to the reports, a civilian was wounded during the clashes between the two sides.

Rebel forces in the East Ghouta shelled Al-Duwaileah, Sahet al-Tahrir, and Beirut and Aleppo streets in the city of Damascus. According to the Syrian Arab News Agency, one civilian was wounded by the shelling of Aleppo street.

Jaysh al-Islam’s spokesman, Hamza Birqdar stated that the group managed to hit and damage Syrian Arab Air Force’s L-39 Albatros warplane with anti-aircraft guns. According to Birqdar, the warplane landed at Al-Dumayr Military Airport and started burning on the runway. 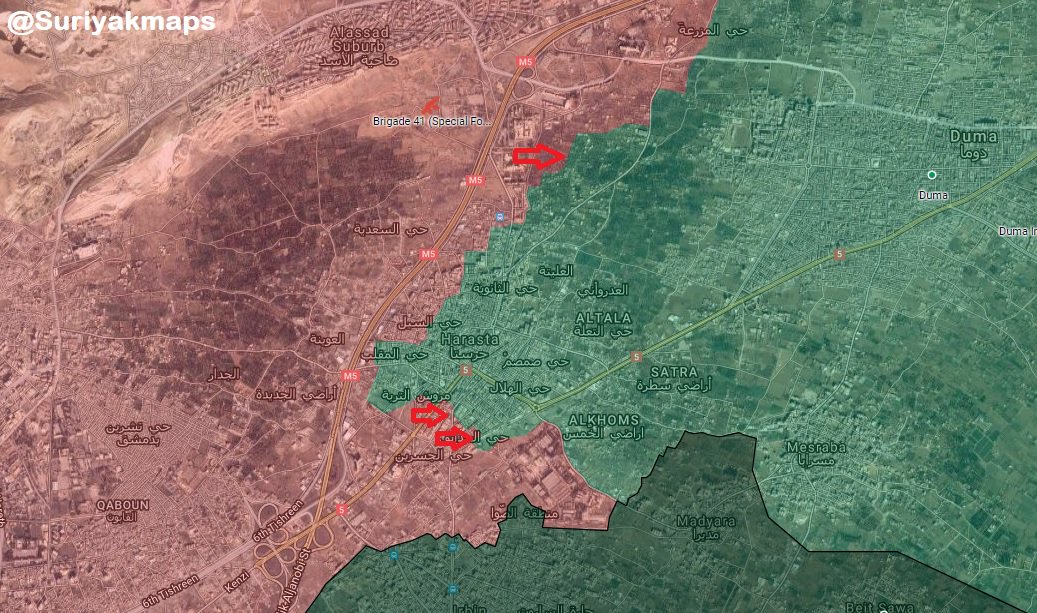 Situation in the western part of the East Ghouta, after the reported Syrian Arab Army’s advances around Harasta. Source: Suriyak

Afghan National Security Forces killed 16 and wounded six elements of the Islamic Emirate of Afghanistan (Taliban) in Pashtun Kot district, according to the Afghan Ministry of Defense.

Afghan Local Police reportedly withdrew from a checkpoint at the outskirts of the city of Pol-e Alam, capital of Logar Province.

Afghan National Security Forces killed three elements of the Islamic Emirate of Afghanistan and destroyed a vehicle in the province.

Islamic State assassinated an element of the Indian Police in Srinagar, capital of Indian Jammu and Kashmir state.