Hello and welcome to the 348th installment of the SWD.

CJTF-OIR reportedly conducted air raids over a camp for internally displaced persons in Zahra al-Alwani area, between Al-Soussa and Al-Shaafa in the eastern Deir al-Zour. According to the reports, ten civilians were killed and several wounded by the air raids.

Rebel forces in the East Ghouta shelled Harasta, Al-Wafideen camp, and Bab Touma and Al-Abbasiyin areas of the city of Damascus. According to the Syrian Arab News Agency, several civilians were wounded by the shelling of the aforementioned localities.

Commander of the Syrian Arab Army’s Tiger Forces, Ahmed al-Nabhan was killed in today’s clashes with the rebels in the East Ghouta.

Hayat Tahrir al-Sham clashed with the Islamic State in Al-Mashrue neighborhood of Al-Yarmouk camp, as the latter tried to advance against the former in the area. Reports suggest that six elements of the Islamic State were trapped and killed in the clashes. 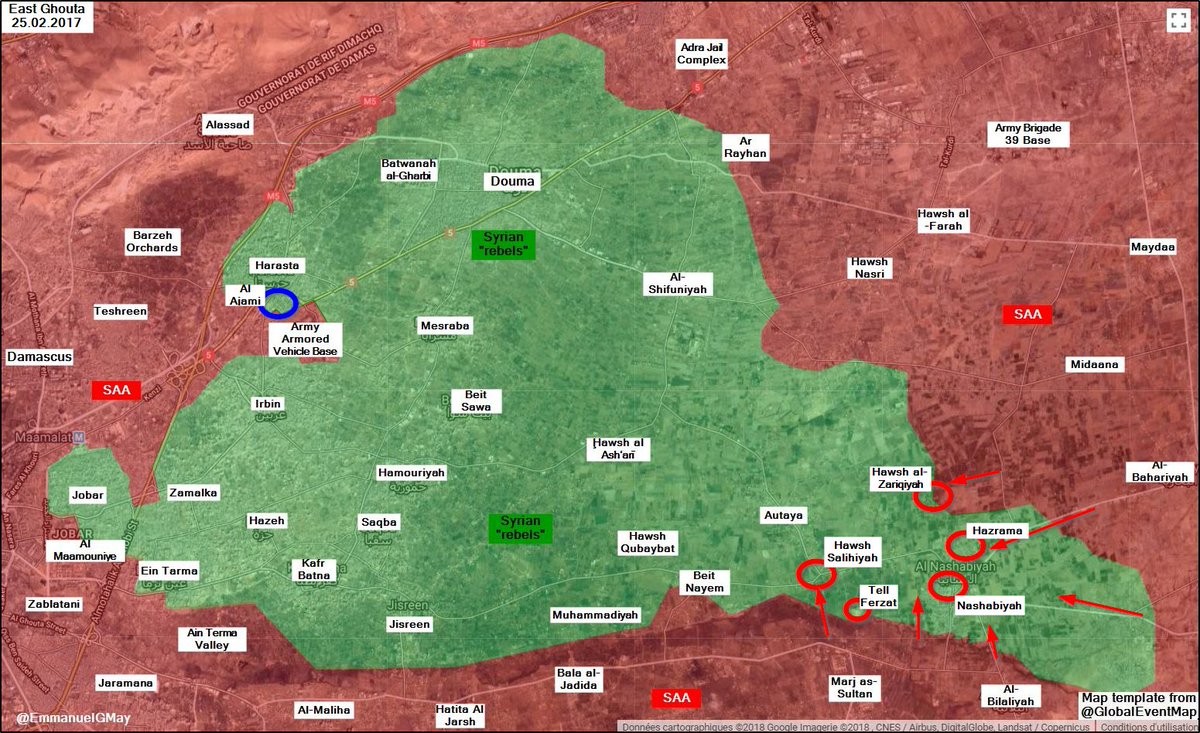 Islamic State’s Amaq Agency reported assassination of two elements of the Iraqi Federal Police in the village of Al-Kathahia.

Islamic State’s Amaq Agency reported that 45 elements of the ‘National Directorate of Security’ were killed in the yesterday’s suicide attack in the city of Kabul.

Islamic State killed eight elements of the Pakistan-based Lashkar-e-Islam (Army of Islam), during the clashes between the two in Miloh area of Nazyan district.