Hello and welcome to the 335th installment of the SWD. Bodies of two unknown individuals were found between Maasran and Babila, while one body was found near the village of Al-Zalaana. 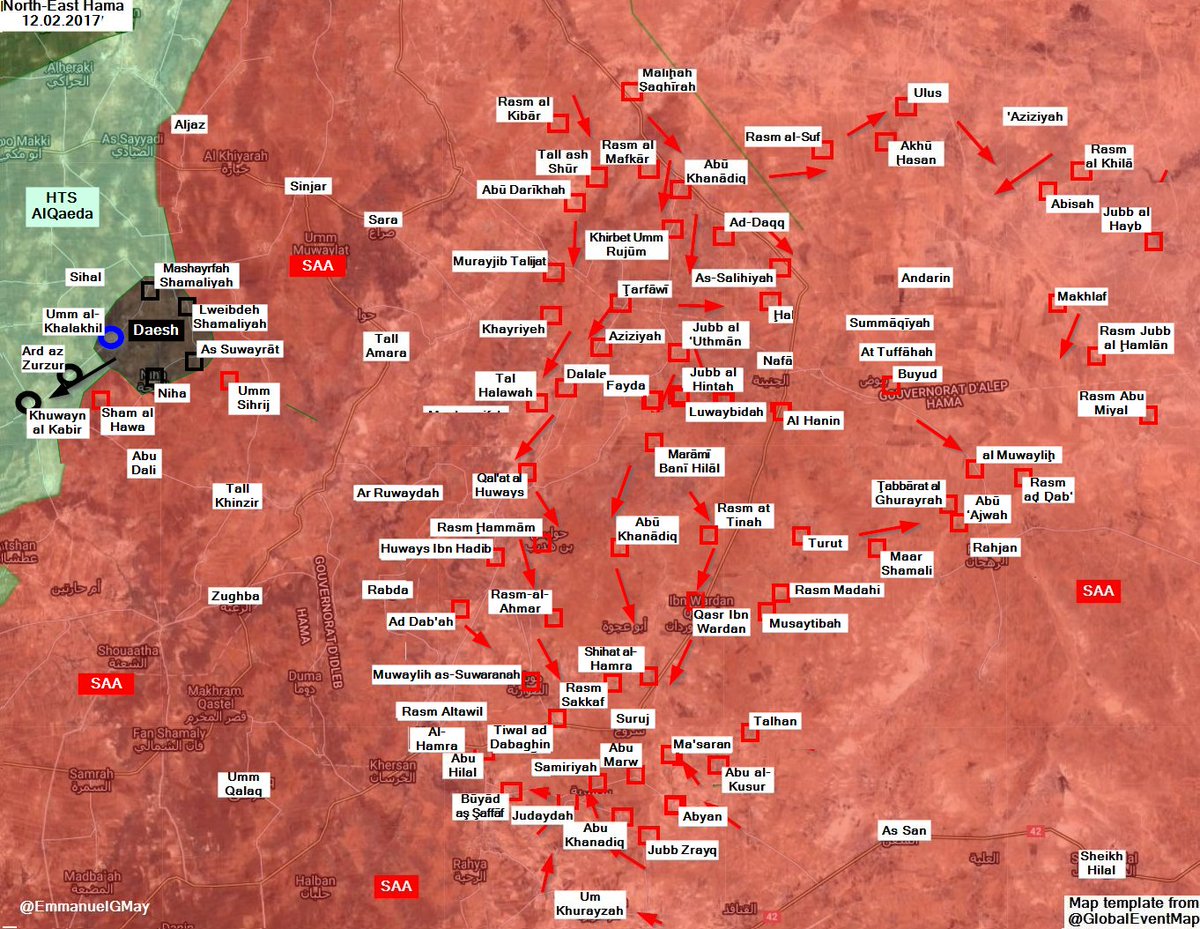 Syrian Arab Army and allies made limited advances against rebels near Maqsam al-Hamrat village in the Northern Homs pocket.

Islamic State’s snipers killed two elements of the Syrian Democratic Forces in the village of Al-Bahra, according to Amaq Agency.

Improvised explosive device exploded near the village of Lahitheh and targeted a civilian bus. The explosion lightly wounded driver of the bus.

Islamic Emirate of Afghanistan (Taliban) ambushed and killed an element of the Afghan Local Police in Khas Balkh district. Separately, Afghan National Police’s element was killed by a sniper in the city of Mazar-i-Sharif, capital of Balkh Province.

Two elements of the Afghan National Army were wounded by the Islamic Emirate of Afghanistan’s shelling of a military base in Ghaziabad district.

Afghan National Security Forces arrested an element of the Islamic Emirate of Afghanistan and captured a vehicle in Tagab district.

Residents of Darah-e-Ghous village in Nijrab district pledged allegiance to the Islamic Emirate of Afghanistan.

Islamic State took control of 11 villages from the Islamic Emirate of Afghanistan in Alingar district.

Islamic Emirate of Afghanistan’s improvised explosive device killed one and wounded several elements of the Afghan Local Police in the city of Mihtarlam, capital of Laghman Province.