Hello and welcome to the 333rd installment of the SWD.

Improvised explosive device exploded in the center of Idlib city, targeting civilians in the area. According to the reports, seven civilians were killed and 27 wounded by the explosion. 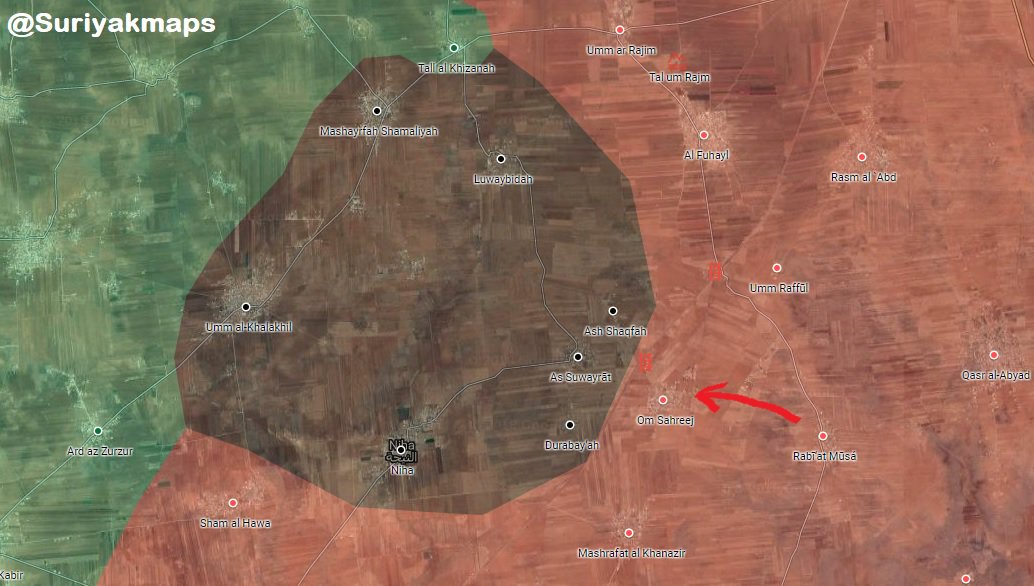 Israeli Air Force conducted several airstrikes on Tiyas (T-4) airbase west of Palmyra, after it downed an Iranian drone over Golan Heights, which took off from the airbase. The airstrikes reportedly destroyed the airbase’s observation tower and temporarily put Tiyas airbase out of service. However, Syrian Air Defense downed one of the Israeli Air Force’s F-16 warplanes that conducted the airstrikes. The warplane crashed in Israeli-held Golan Heights, wounding both pilots.

Syrian Arab Army’s artillery and Syrian Arab Air Force targeted Harasta and Douma in the East Ghouta. According to the Syrian Civil Defense (The White Helmets), one civilian was killed and several wounded by the targeting of Douma.

Israeli Air Force targeted four Syrian Arab Army and allies’ positions in the governorate, as a part of the response after one of its F-16 warplanes was downed by the Syrian Air Defense. The air force targeted 156th Brigade on Tellat al-Saba east of Ghabaghib, 79th and 89th Regiments in Jabab, and 175th Regiment in the vicinity of Izra.

Islamic State’s Amaq Agency reported an attack against Al-Hashd al-Shaabi (Popular Mobilization Units) in Jalam al-Buwajil area, east of Tikrit. According to the agency, three elements of Al-Hashd al-Shaabi were killed and two wounded in the attack. Similarly, Al-Hashd al-Shaabi’s Humvee was destroyed by an improvised explosive device in the same area.

Islamic State’s sniper reportedly killed one and wounded one element of the Iraqi Federal Police in the village of Al-Rada in northern Diyala.

National Directorate of Security arrested eight elements of the Islamic State in Kabul. The arrested elements were responsible for recruiting new fighters and organizing attacks in Kabul.

Afghan National Police and National Directorate of Security foiled a suicide attack on the civil registry office in Kabul, by detaining the attacker before he reached his target.

Improvised explosive device exploded at a cricket field in the province, during a match between two local teams. According to the reports, four civilians were killed and eight wounded by the explosion.

Afghan National Security Forces killed three and wounded one element of the Islamic Emirate of Afghanistan in Andar district.