Hello and welcome to the 323rd installment of the SWD.

Syrian Democratic Forces’ Yekîneyên Parastina Gel shelled city of Reyhanlı in Turkey’s Hatay Province second day in a row. The shelling targeted Gültepe neighborhood, killing one and wounding one civilian. Turkish Armed Forces targeted Al-Ashrafiyah neighborhood of the city of Afrin. According to the reports, one civilian was killed and nine wounded by the targeting of the neighborhood.

Situation in Afrin region, HD version of this map can be found here. Source: Tomasz Rolbiecki 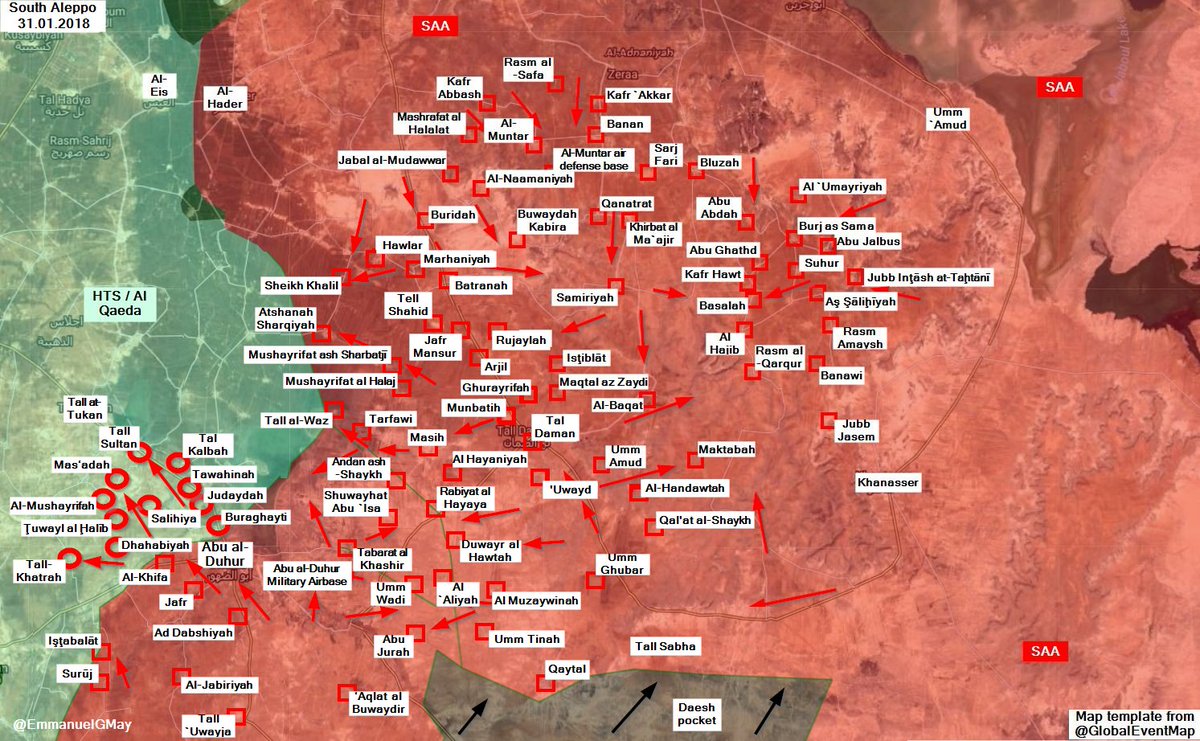 Syrian Arab Army’s artillery and Syrian Arab Air Force targeted Hawsh al-Salihiyah, Al-Ashari, Harasta, Saqba, and Hazrama in the East Ghouta. According to the Syrian Civil Defense (The White Helmets), two civilians were wounded by the targeting of Harasta.

Islamic Emirate of Afghanistan’s sniper killed an element of the Afghan National Army in Akazo area of Murghab district.

Two elements of the Afghan Local Police surrendered to the Islamic Emirate of Afghanistan with their weapons in Zarghun Shar (Khayr Kot) district.

Afghan National Security Forces killed one and wounded one element of the Islamic Emirate of Afghanistan in Nad Ali district.