Today the combined Syrian Army units of the Tiger Forces (from the south) and Republican Guard (from the northeast) captured eight more villages from the rebels north of Abu Duhur Airbase. This move has two purposes: to secure the northern perimeter of the base to protect it from counterattacks, and to allow Abu Duhur town to be attacked from three directions.

Hayat Tahrir al-Sham and its ally Turkistan Islamic Party took notice of this action. Hoping their enemy was off-balance, the two factions quickly tried to retake the airbase in a rushed attack. They were not able to succeed, and they lost many fighters in the move.

By looking at the map, it is clear that the Syrian Army wishes to make its frontline with the rebels straighter and thus easier to defend. This would give them the freedom to choose between consolidating their positions or launching another offensive towards Saraqib. 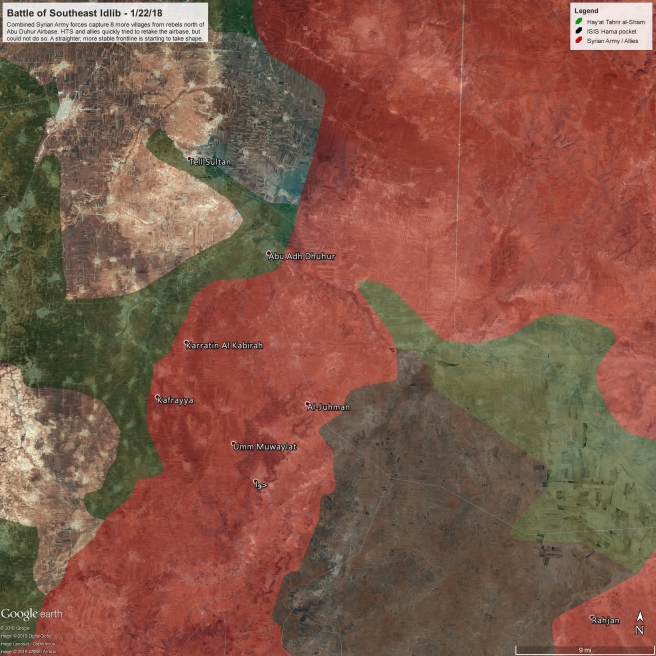