Hello and welcome to the 314th installment of the SWD.

Turkish Armed Forces announced the first death of one of its elements, due to clashes with the Syrian Democratic Forces’ Yekîneyên Parastina Gel in operation ‘Olive Branch’. The soldier was killed in the vicinity of Gülbaba village in Turkey’s Kilis Province.

Turkey-backed Free Syrian Army opened a new front against the Syrian Democratic Forces’ Yekîneyên Parastina Gel in Afrin region. Turkey-backed Free Syrian Army launched an attack on the fortified and important Jabal Birsaya north of Azaz, capturing majority of the mountain in the initial attack. However, Al-Jaysh al-Watani al-Suri’s (Syrian National Army) spokesman for Al-Faylaq al-Thalith (Third Corps/Legion), Lieutenant Colonel Mohammed Hammadin stated that the Free Syrian Army retreated from several areas on the mountain due to YPG‘s counterattack. Hammadin also stated that five YPG‘s fighters were killed and ten captured during the clashes on the mountain, while two Free Syrian Army’s elements were also killed. Photo and video evidence released by pro-Turkey and pro-rebel sources confirms the number of captured YPG & allies elements. Jabal Birsaya is strategically important as it overlooks the city of Azaz and Bab al-Salama border crossing between Turkey and Syria.

Syrian Democratic Forces’ Yekîneyên Parastina Gel shelled city of Kilis in Turkey’s Kilis Province second day in a row, without any information about the casualties.

Syrian Democratic Forces’ Yekîneyên Parastina Gel reportedly tried to infiltrate rebel-held villages of Maerin and Kafr Khashr in the vicinity of Darat Izza. Reports suggest that five elements of the Syrian Democratic Forces and one element of the Free Syrian Army’s Al-Jabhat al-Shamiya were killed in the encounter. 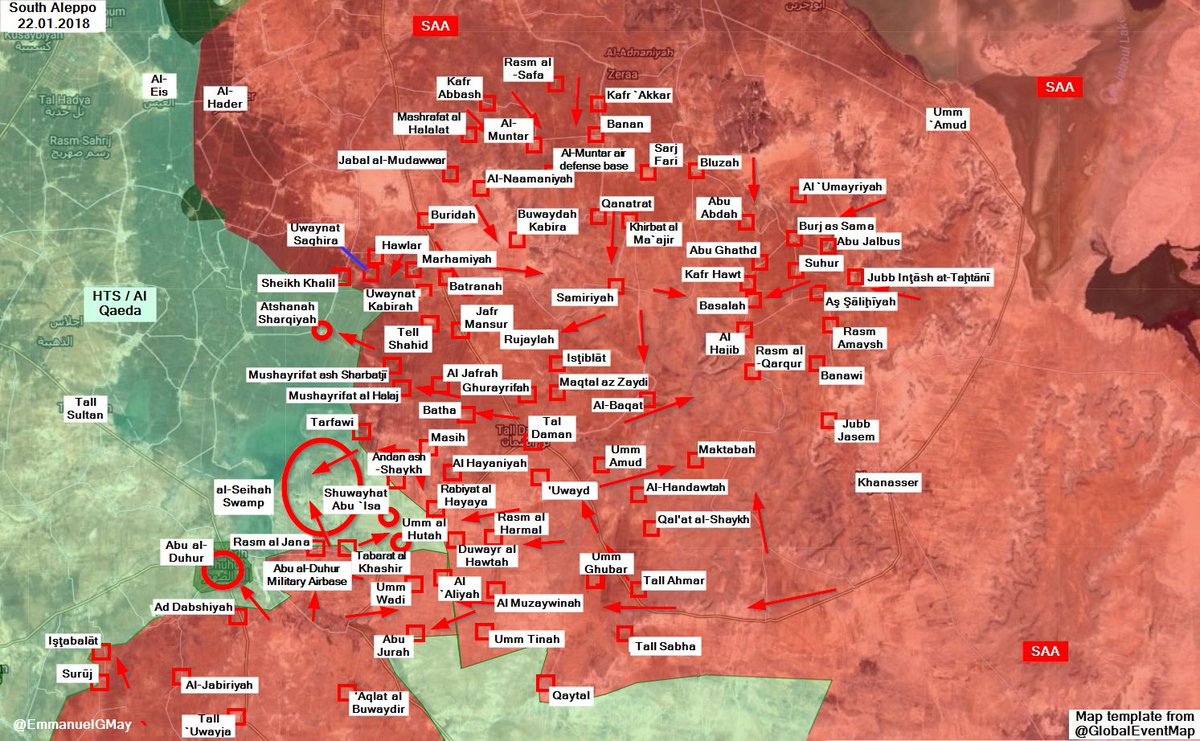 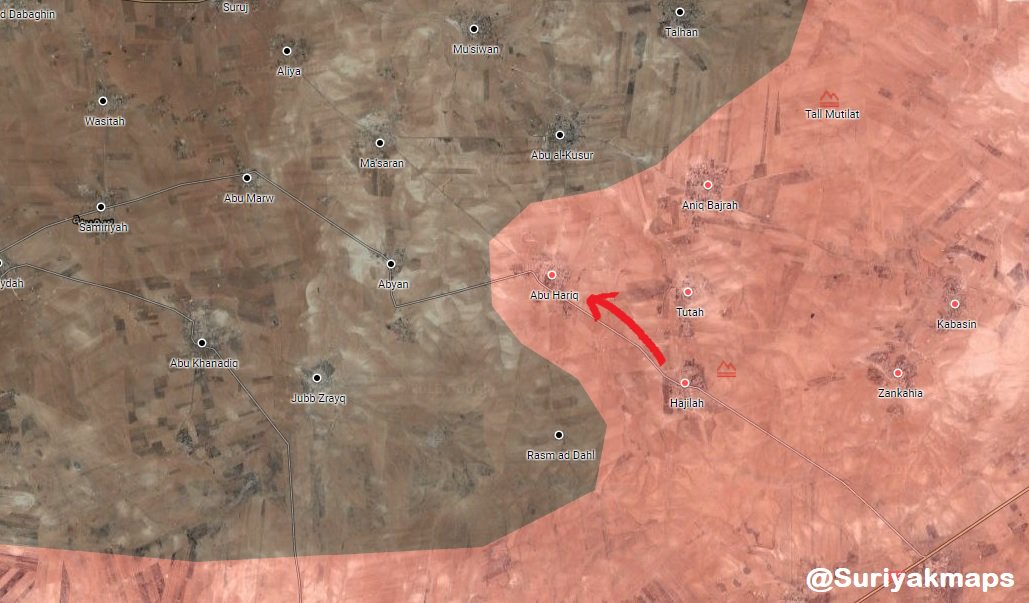 Islamic State captured two Syrian Democratic Forces’ positions in the city of Gharanij and killed five elements of the group, according to the Islamic State’s Amaq Agency. 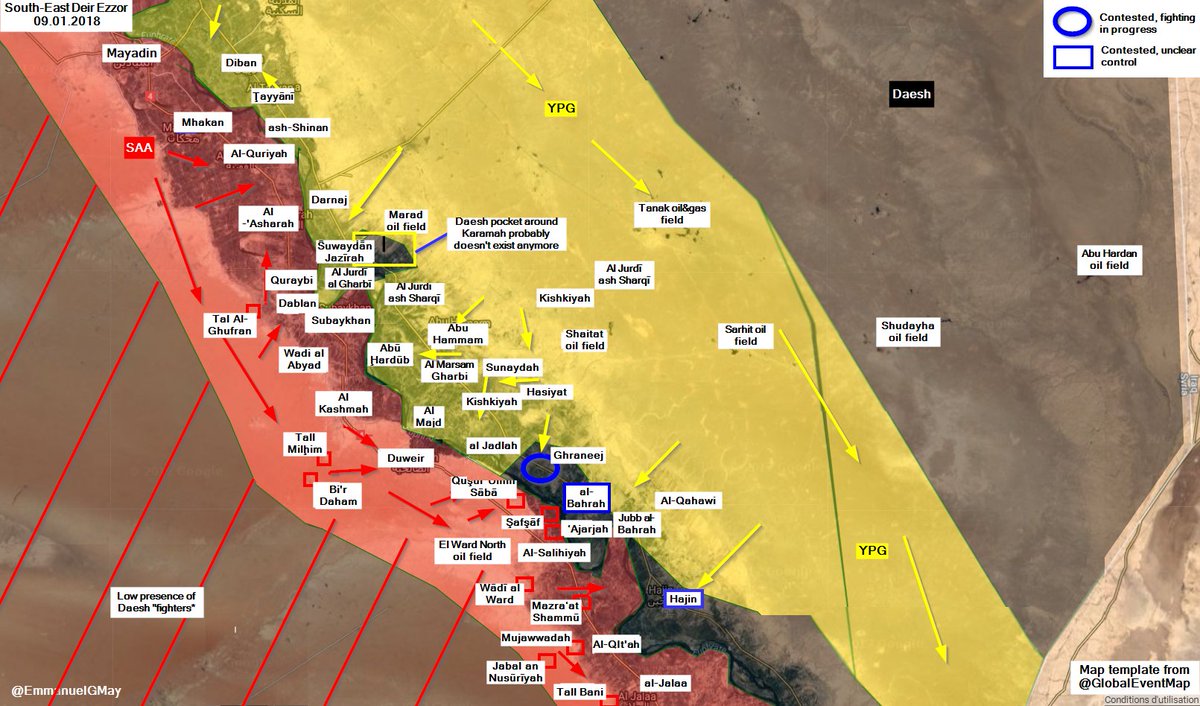 Syrian Arab Army’s artillery and Syrian Arab Air Force targeted Douma, Arbeen, and Harasta in the East Ghouta. According to the Syrian Civil Defense (The White Helmets), two civilians were killed and several wounded by the air raids over Arbeen.

Rebel forces in the East Ghouta shelled several areas of the city of Damascus. According to the Syrian Arab News Agency, nine civilians were killed and 21 wounded by the shelling of Bab Touma neighborhood. Shelling of Al-Qasaa and Al-Shaghour neighborhoods only resulted in material damage.

Improvised explosive device targeted civilian vehicle in the city of Dael, killing one civilian and wounding two children. The killed civilian was reportedly a teacher, according to the head of the Dael’s local council, Nabil al-Assami.

Islamic State-linked Jaysh Khalid ibn al-Walid released around 20 civilians, who were captured/detained during the group’s attacks against the Free Syrian Army in Al-Jubaila and Al-Bakar villages, 12 days ago. Jaysh Khalid ibn al-Walid reportedly had a meeting with the elders of the region and promised to release the civilians, if it turns out that they are not related to the Free Syrian Army. The released civilians were transferred to Tasil and allowed to leave to any area they want to.

Islamic Emirate of Afghanistan’s improvised explosive device targeted the vehicle of the Afghan Local Police’s commander Khabir in Sarchin area of Surobi district. The explosion destroyed the vehicle and wounded the commander.

Afghan National Security Forces killed 12 elements of the Islamic State and destroyed a weapons depot in the province.

Afghan National Security Forces killed an element of the Islamic Emirate of Afghanistan and destroyed a vehicle in Qarabagh district.