Hello and welcome to the 303rd installment of the SWD.

Military events/news are listed below by the governorates: SWD 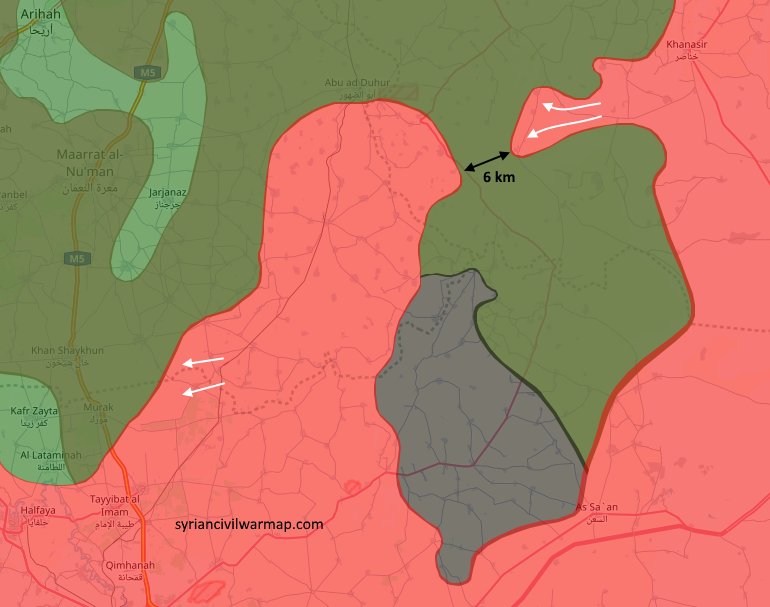 Free Syrian Army’s Jaysh al-Nasr targeted Syrian Arab Air Forces’ Sukhoi Su-24 with anti-aircraft weapons over Idlib. The warplane was damaged in the attack, but was still able to return to the base.

Syrian Arab Army’s artillery and Syrian Arab Air Force targeted Douma, Mesraba, Harasta, and Kafr Batna in the East Ghouta. According to the Syrian Civil Defense (The White Helmets), two civilians were killed and more than 22 wounded by the targeting of Douma.

Liwa Ahrar Bani Khalid split from Tajammu Ahfad Khalid, due to the latter not paying the salaries of the former’s elements.

Islamic Emirate of Afghanistan killed three elements of the Afghan Local Police during the clashes between the two sides in Nahrin district.

Islamic Emirate of Afghanistan repelled Afghan National Army Commando Corps’ attack on the former’s base in Khogyani district. Reports suggest that 13 elements of the Afghan National Army Commando Corps were killed in the clashes, while eight elements of the Islamic Emirate of Afghanistan were killed and additional four wounded.

Afghan National Security Forces killed seven and wounded eight fighters of the Islamic Emirate of Afghanistan in the province.

Four elements of the Afghan Local Police surrendered to the Islamic Emirate of Afghanistan with their weapons in Muqur district.

Afghan National Security Forces conducted large-scale operations against the Islamic Emirate of Afghanistan in the province, killing 29 and wounding 24 elements of the group, as well as destroying two vehicles.