Hello and welcome to the 301st installment of the SWD. 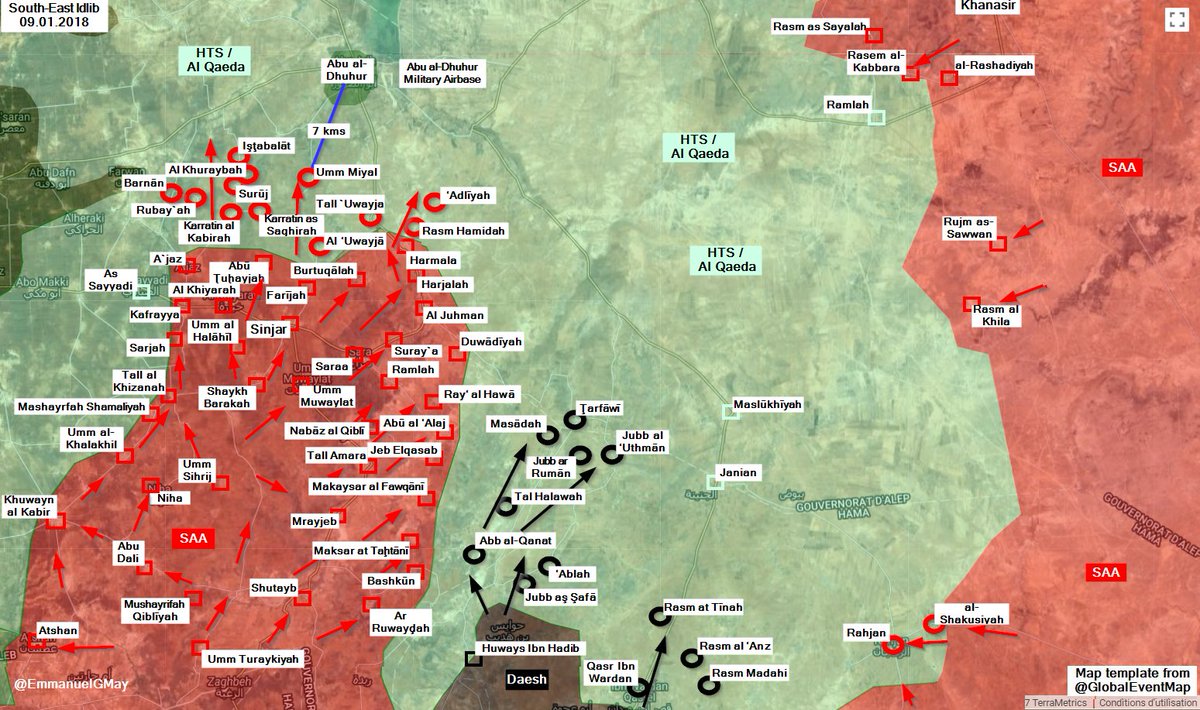 Syrian Arab Army’s artillery and Syrian Arab Air Force targeted Jobar, Kafr Batna, Ain Terma, Harasta, Saqba, Douma, and Hammouriyah in the East Ghouta. According to the Syrian Civil Defense (The White Helmets), eight civilians were killed by the targeting of Hammouriyah, while three civilians were reportedly killed in Douma.

Rebel forces from the East Ghouta shelled the city of Damascus and its surroundings. According to the Syrian Arab News Agency, the shelling of Al-Shagour area killed one and wounded five civilians. The shelling of Bab Touma and Al-Qassaa neighborhoods resulted in killing of two and injury of 14 civilians.

Afghan National Security Forces killed five fighters of the Islamic Emirate of Afghanistan and destroyed an ammunition cache in the province.

Islamic Emirate of Afghanistan’s sniper killed an element of the Afghan National Army in Tagab district.

Islamic Emirate of Afghanistan’s sniper killed an element of the Afghan National Army and wounded another one in Qanadi area.

Afghan National Security Forces conducted operations against the Islamic Emirate of Afghanistan in Waghaz district, killing 13 and wounding seven fighters of the group. Furthermore, one vehicle, four motorcycles, and a weapons depot were also destroyed in the operations.

Afghan National Security Forces conducted operations against the Islamic Emirate of Afghanistan in Arghandab, Naw Bahar, and Shamulzayi district, killing a suicide bomber and two IED experts from Pakistan. Furthermore, a VBIED was also destroyed in the operations.

Afghan National Police’s vehicle was ambushed by the Islamic Emirate of Afghanistan and then destroyed by IEA‘s improvised explosive device in Kochyano area of Nad Ali district. The explosion reportedly killed six policemen.

Islamic State assassinated an alleged spy working for the Egyptian Army in Al-Safa neighborhood of the city of Rafah, North Sinai Governorate.