Hello and welcome to the 298th installment of the SWD. Syrian War Daily is looking for individuals willing to contribute to the project. If you are interested in contributing, please fill out the form on this page. 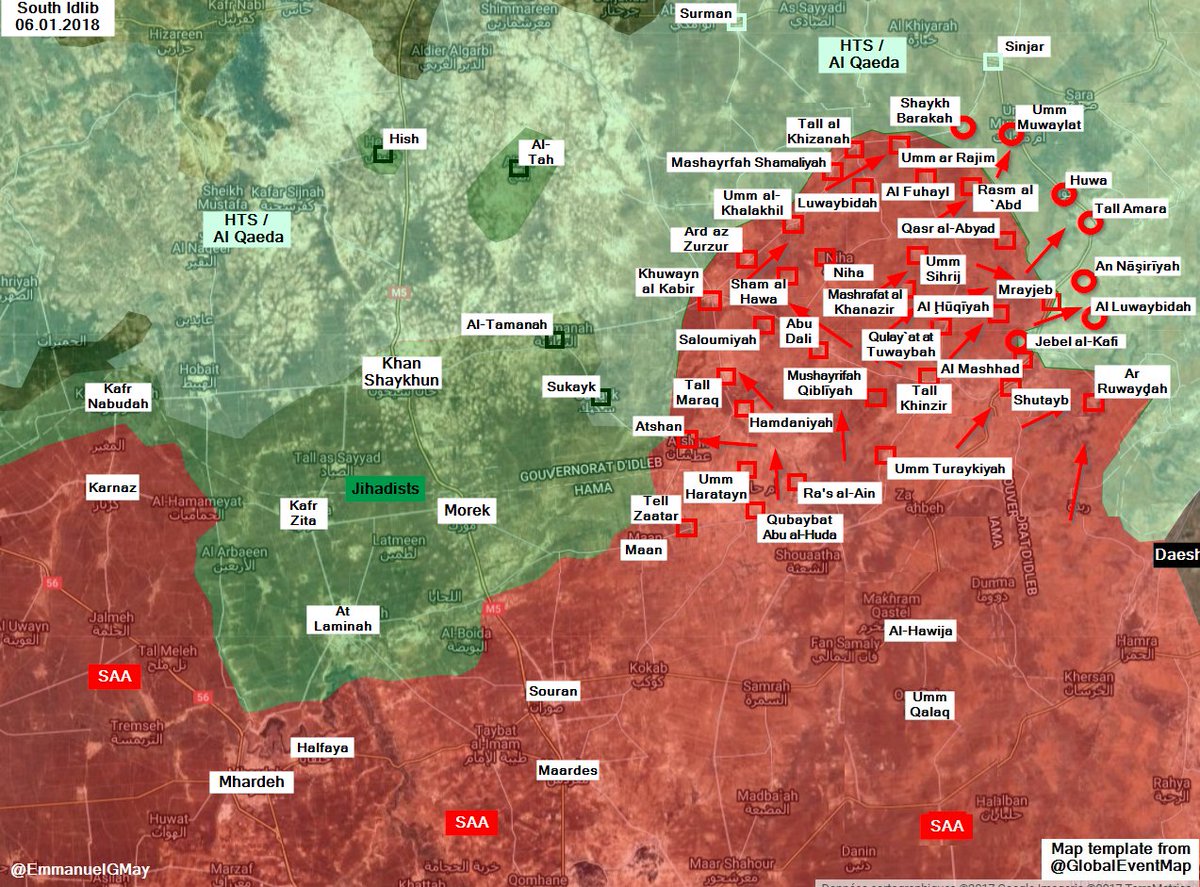 Islamic State’s Amaq Agency reported targeting of a group of Syrian Arab Army’s soldiers with an anti-tank guided missile near the village of Al-Ramadi, north of Al-Bukamal (Albu Kamal).

Syrian Arab Army’s artillery and Syrian Arab Air Force targeted Harasta and Mesraba in the East Ghouta. According to the Syrian Civil Defense (The White Helmets), ten civilians were wounded by the targeting of the two aforementioned localities.

Rebel forces shelled Harasta and Al-Duwaileah area, at the outskirts of Damascus city. According to the Syrian Arab News Agency, two civilians were wounded by the shelling of the two areas, as well as significant material damage caused.

Syrian Arab Army made limited advances in Harasta against the Ahrar al-Sham-led rebels. Reports suggest that the Syrian Arab Army captured Al-Anam building and its surroundings. Two Hayat Tahrir al-Sham’s figures, Abu Talal al-Qabuni and his deputy Abu Muhammad al-Tahoun, were killed today in the clashes with the Syrian Arab Army in the vicinity of the ‘Army Armored Vehicle Base’. 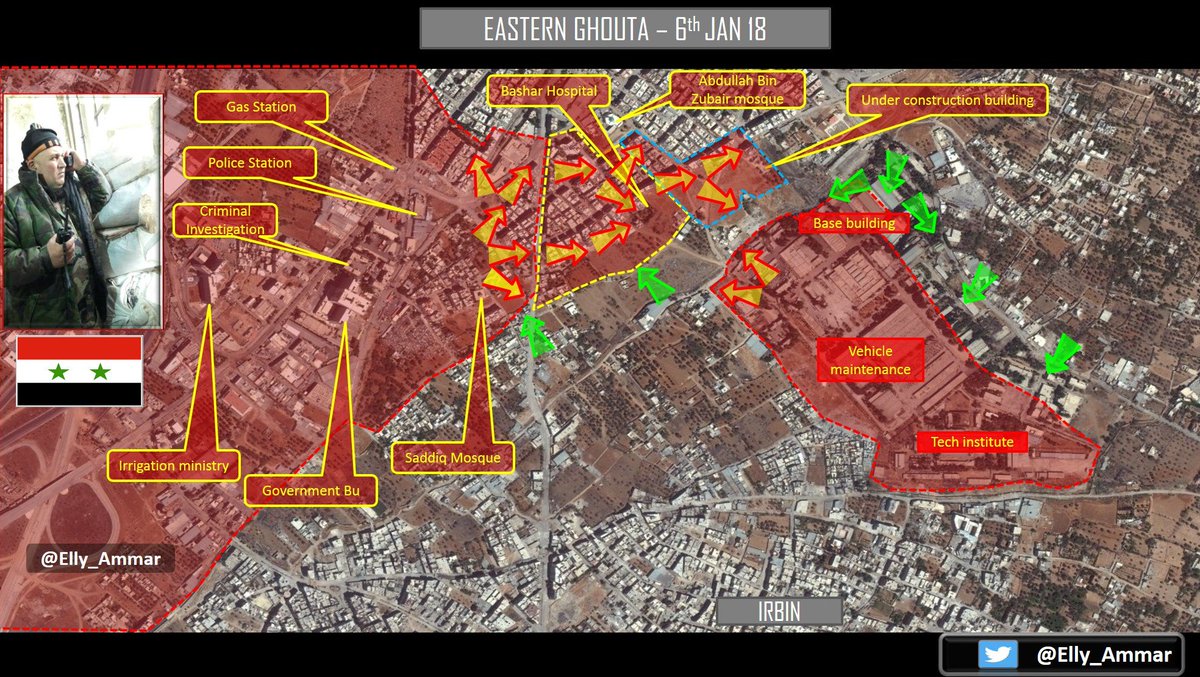 Islamic State assassinated two elements of the Iraqi National Intelligence Service in Sumer district of the city of Mosul, according to the Amaq Agency.

Islamic State assassinated an element of the Islamic Emirate of Afghanistan’s Shura council. The incident occurred in Jamtla area.

Islamic Emirate of Afghanistan raided Afghan National Army’s positions in the city of Pol-e Alam, capital of Logar Province. The raids reportedly resulted in destruction of three vehicles and unknown number of casualties among the army’s ranks.

Islamic Emirate of Afghanistan assassinated an officer of the National Directorate of Security in Sabari district.

Afghan National Security Forces conducted operations against the Islamic Emirate of Afghanistan in the province, killing ten and wounding nine elements of the group. Furthermore, several weapons depots and ammunition caches were destroyed during the operations.