Hello and welcome to the 287th installment of the SWD.

Syrian Arab Army launched an attack against the rebel forces on Atshan front in the northern Hama. Syrian Arab Army reportedly captured abandoned air defense battalion, Tell al-Aswad, Ras al-Ayn, and Qubaybat Abu al-Huda from the rebels. Reported capture of Ras al-Ayn and Qubaybat Abu al-Huda should be taken with a grain of salt for now, as there are reports that suggest that the rebels are still in control of the aforementioned localities.

Free Syrian Army’s Free Idlib Army downed Syrian Arab Air Force’s L-39ZA Albatros over Abu Dali area and it fell near Al-Hamdaniyah village. The pilot of the downed warplane was killed, however, the cause of his death is disputed, as some suggest that he was killed during the landing, while others report that the rebels killed him. The body of the pilot is in Free Idlib Army’s possession.

National Defense Forces destroyed a rebel tunnel in the Hama’s countryside, reportedly killing at least four and wounding a number of rebel fighters. 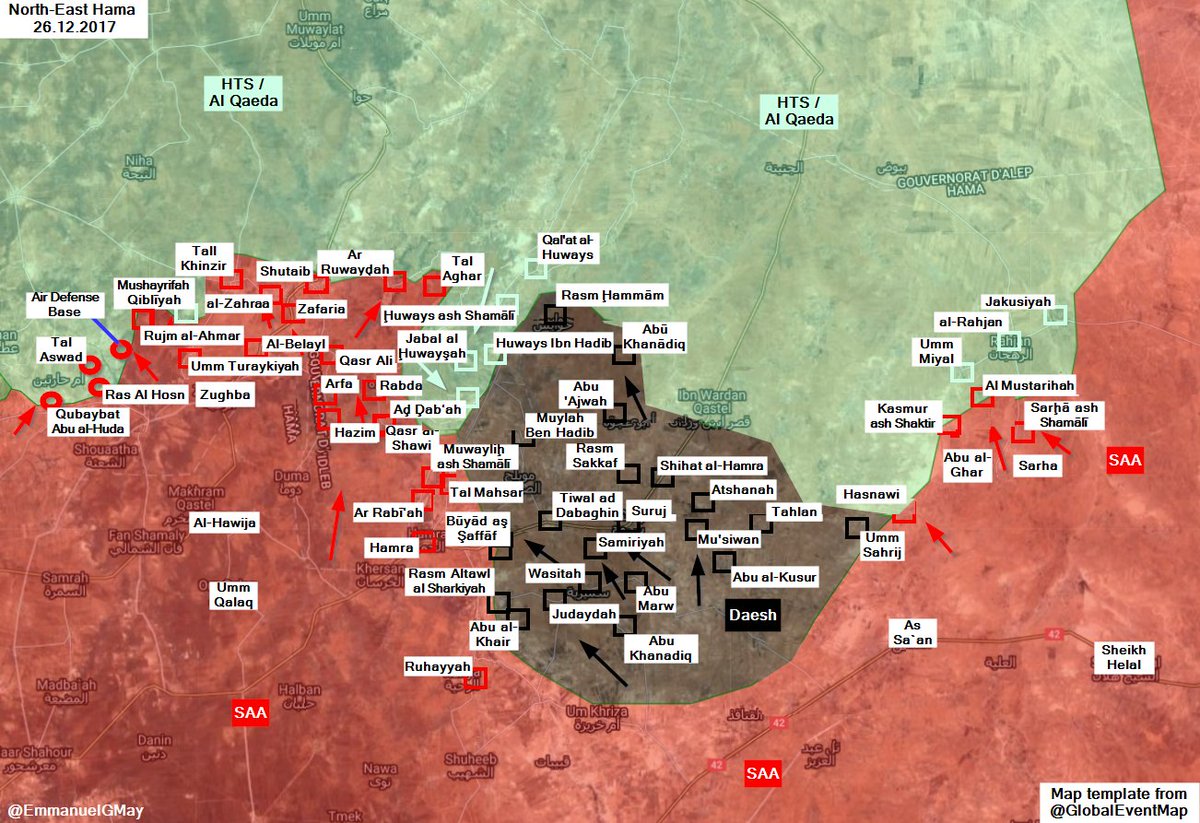 Member of the Al-Wiyat al-Furqan’s information office, Mohammed Zamil denied reports about a reconciliation/evacuation agreement between the rebel factions and the Syrian Arab Army in Beit Jinn pocket. Zamil said that the Syrian Arab Army gave the factions 72 hours to accept the agreement or military operations will continue in the pocket. However, other sources suggest that the rebels accepted the agreement and that the authorities are currently working to arrange transportation for the evacuation of the rebels to Idlib and Daraa. Over the past few days rebels in Beit Jinn pocket requested assistance from the rebel factions in Daraa and Quneitra with at least 250 fighters.

Rebel “Daraa Martyrs Documentation Office” reported death of a Hayat Tahrir al-Sham’s fighter, due to the clashes with the Syrian Arab Army around Beit Jinn farms.

Islamic Emirate of Afghanistan ambushed Afghan National Army’s commander Nimatullah and seriously wounded him in the city of Gardez, the capital of the Paktia Province.

Afghan National Army and Islamic Emirate of Afghanistan clashed in the city of Ghazni, with reports about the latter killing five former’s soldiers during the clashes.

Afghan National Security Forces conducted large-scale operations against the Islamic Emirate of Afghanistan in Marjah and Nahri Saraj districts, killing 20 fighters of the group and destroying three motorcycles and a vehicle.