Hello and welcome to the 275th installment of the SWD.

Hayat Tahrir al-Sham and Syrian Arab Army clashed in the southern Aleppo, as the former tried to regain control of the recently lost localities. Hayat Tahrir al-Sham’s mortars targeted SAA-held Al-Hijara, Tellat al-Syriatel, and Al-Hawairi. The clashes between the two sides allegedly resulted in death of 10 SAA‘s elements and one HTS‘ fighter.

Hayat Tahrir al-Sham transferred control of a checkpoint in the village of Awejel, west of Aleppo to the Harakat Nour al-Deen al-Zenki.

Syrian Arab Army and Islamic State clashed near the Al-Abbas village, north of Al-Bukamal (Albu Kamal). IS’ Amaq Agency claimed a suicide attack against the SAA‘s gathering in the vicinity of the village, as well as two anti-tank guided missile launches, which destroyed a tank and a BMP. 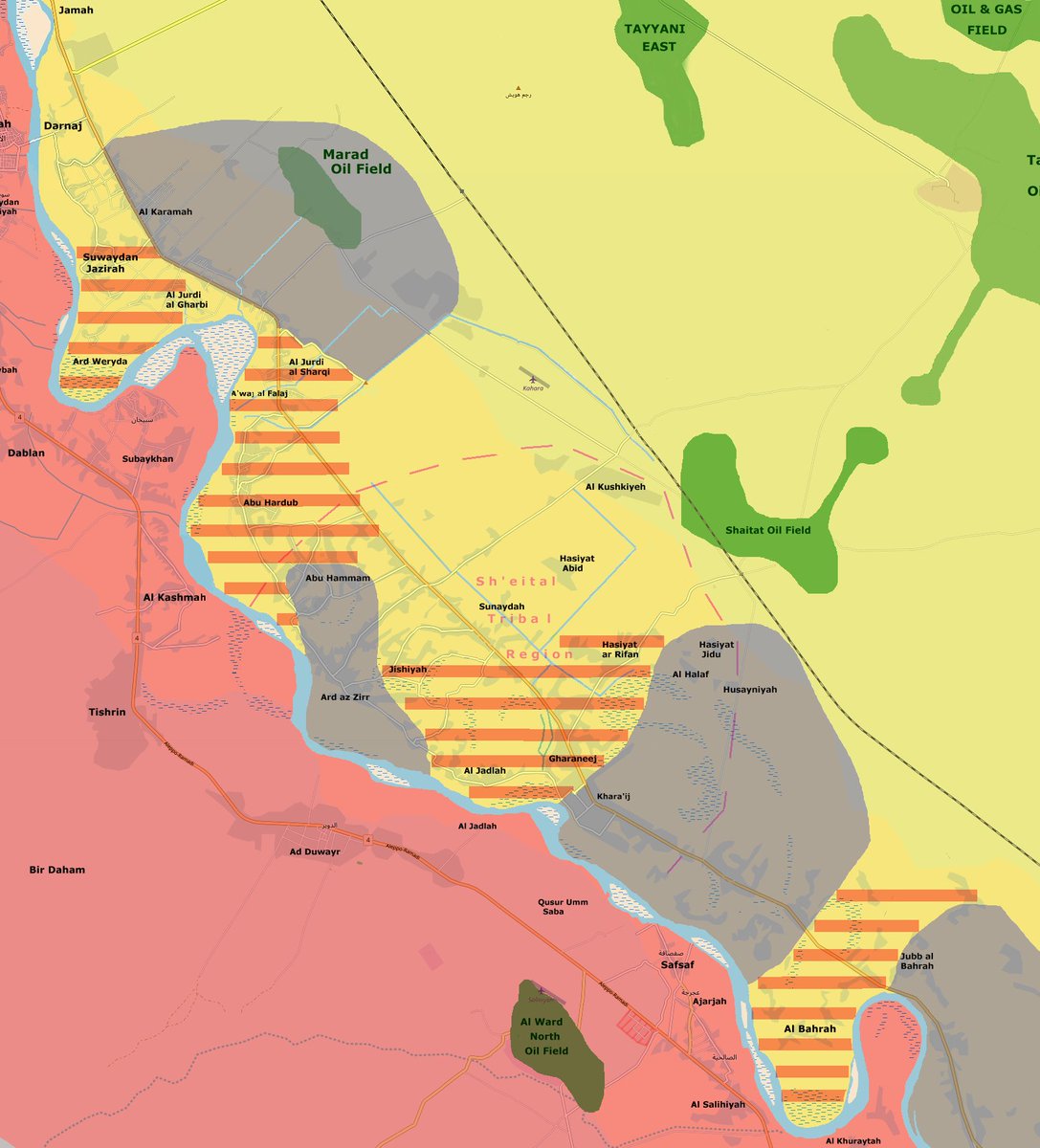 Syrian Arab Army’s artillery shelled Ain Terma, Zemalka, Mesraba, Douma, and Beit Sawa in the East Ghouta. According to the Syrian Civil Defense (The White Helmets), five civilians were killed and at least eight wounded in the shelling of the aforementioned localities.

National Defense Forces foiled an SVBIED attack on the southern outskirts of Damascus. The forces were able to besiege an attacker on Al-Loun bridge and destroy his vehicle, before he was able to reach the city of Damascus.

Rebel “Daraa Martyrs Documentation Office” reported death of a Free Syrian Army’s fighter, due to being targeted by a Syrian Arab Army’s sniper at the outskirts of Daraa camp, in the city of Daraa.

Afghan National Army and Islamic Emirate of Afghanistan continue to clash for the third day in Tabor area of Sangjark directorate. IEA reportedly repelled all of ANA‘s attacks in the area today.

Afghan National Security Forces conducted operations against the Islamic State in Achin and Khogyani districts. During the operations, security forces killed three and arrested seven IS’ fighters, as well as destroyed an IS’ fighting position and headquarters.

Islamic State assassinated an element of the National Directorate of Security in the city of Jalalabad.

Islamic Emirate of Afghanistan took control of an Afghan National Army’s checkpoint in Durham Boum directorate. The clashes for the checkpoint resulted in death of four ANA‘s elements and injury of additional three, as well as in death of one IEA fighter and injury of another two. IEA seized two motorcycles and an assault rifle from the captured checkpoint.

Afghan National Security Forces killed five fighters of the Islamic Emirate of Afghanistan and destroyed a vehicle and an enemy position in Deh Rawud, Khas Urozgan, and Tarinkot districts.

Islamic Emirate of Afghanistan ambushed a vehicle of Afghan militias in Lashkar Gah district. The ambush resulted in destruction of the vehicle and death of two elements of the militia.