Hello and welcome to the 274th installment of the SWD.

Left over Islamic State’s improvised explosive device killed a civilian in the city of Raqqa, as he was inspecting his house in Al-Nour street.

Unknown gunmen wounded a civilian in the city of Idlib and stole one and a half million Syrian pounds (5000 dollars) from him. The wounded civilian is a cashier and was transferred to a hospital in Idlib.

Hayat Tahrir al-Sham’s Ibaa News Agency reported that five Syrian Arab Army’s soldiers were killed in an ambush, as they tried to advance on Tellat al-Syriatel, near the village of Balil.

Islamic State’s Amaq Agency reported capture of Al-Kashma village south of Al-Mayadeen from the Syrian Arab Army. Two Islamic State’s anti-tank guided missiles killed three SAA‘s soldiers and destroyed a vehicle and a tank near the village of Al-Abbas, according to the agency’s statements. Amaq’s statements also claimed additional two anti-tank guided missiles launches yesterday, damaging a BMP and destroying a tank, in the villages of Al-Salihiyah and Al-Duwair.

Yesterday, Syrian Arab Red Crescent in cooperation with the International Committee of the Red Cross and Red Crescent and the United Nations, delivered a humanitarian aid convoy to the city of Al-Bukamal (Albu Kamal), consisting of 15 trucks. 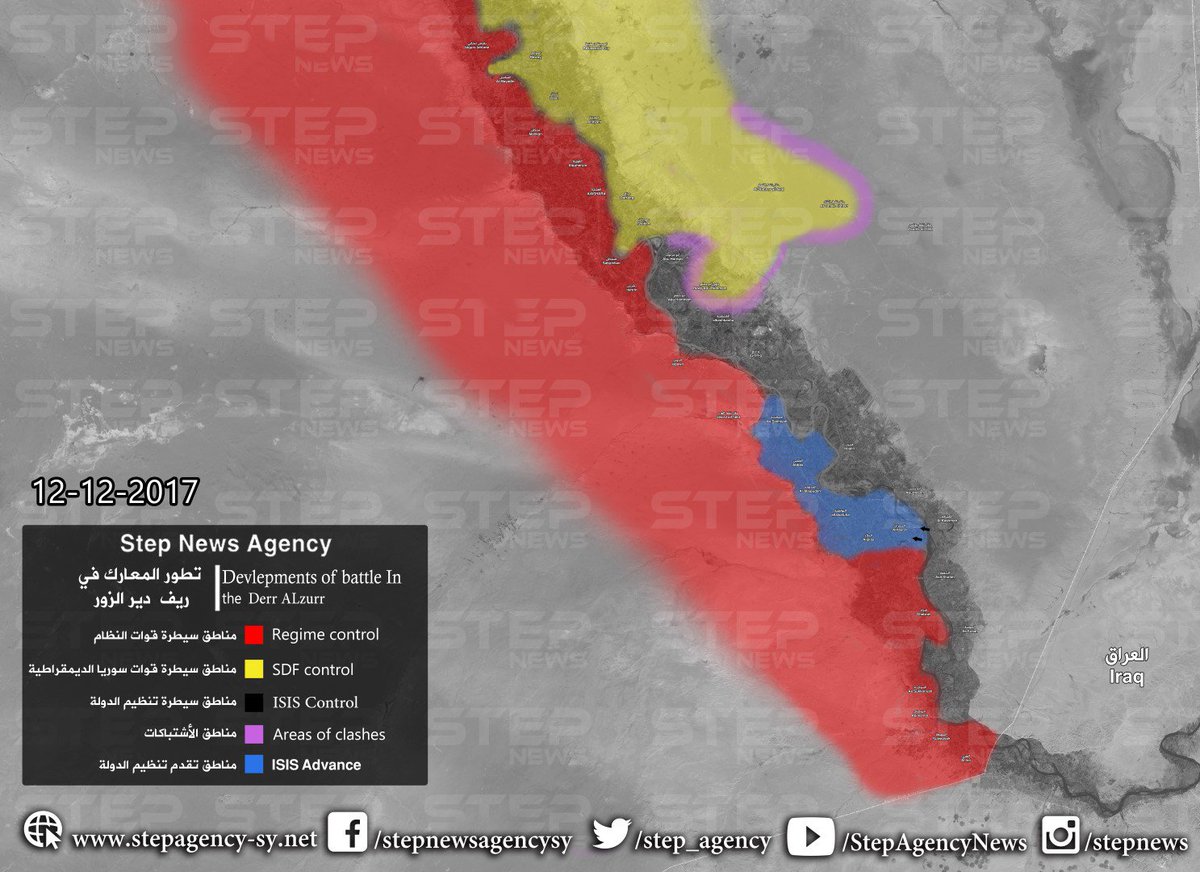 Syrian Arab Army’s artillery shelled Beit Sawa, Hawsh al-Dawahirah, and Hammouriyah in the East Ghouta. The shelling of Beit Sawa reportedly resulted in death of two civilians and injury of several others. 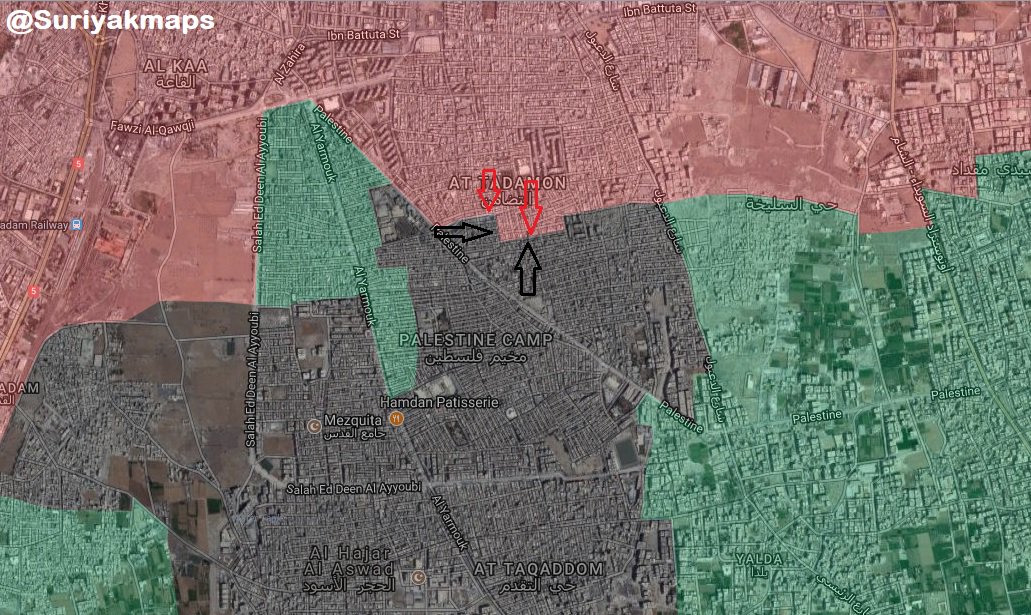 Leader of Jaysh al-Yarmouk (Liwa al-Mutawakilun), part of the Free Syrian Army’s Jaysh al-Thawra, Maher al-Masri (Abu Hudhayfah al-Shami) was killed by an improvised explosive device, which targeted his vehicle in the city of Daraa. Al-Masri was also one of the commanders of the rebel Al-Bunyan al-Marsous operations room.

Gunmen from the town of Libin kidnapped six civilians from Daraa province, including a university doctor, Ghazi al-Miqdad. The gunmen said that they kidnapped the civilians after three of their relatives were kidnapped on the road between Arika and Libin villages last month. The gunmen reportedly demanded a ransom of 45 million Syrian pounds (87000 dollars) for the kidnapped civilians.

Islamic State assassinated two individuals accused of spying for the Iraqi Army in Al-Antisar neighborhood, East Mosul, according to the Amaq Agency.

Islamic Emirate of Afghanistan repelled large Afghan National Security Forces’ attack on Tabor area in Sangjark directorate. According to the IEA, this attack comes after Afghan National Army’s senior commander Karim defected to the group with 40 of his soldiers.

Three elements of the Afghan National Police defected to the Islamic Emirate of Afghanistan.