Hello and welcome to the 273rd installment of the SWD.

Free Syrian Army’s factions executed four Islamic State’s figures last night in Jarabulus Tahtani area. IS’ figures that were executed are; artillery commander Basil al-Hariri, security officer of Al-Bab city Abu Ali al-Ghazzawi, assistant of the IS’ judge in Jarabulus city Mohammed al-Kawsa, and housing and confiscation officer in Jarabulus city Abdo al-Qasim. How these IS’ figures were arrested in the first place is disputed, as one side says they were captured during the battles in the northern Aleppo, while the other side says that they were captured while entering northern Aleppo from Raqqa. Reports suggest that the executions were done by Ahrar al-Sham, while the group’s commander Abu Badr denied involvement in the act.

Syrian Salvation Government, which operations in Hayat Tahrir al-Sham-held areas of Idlib, issued a statement warning Syrian Interim Government to close its offices in Idlib governorate in 72 hours. Prime Minister of the Syrian Interim Government, Jawad Abu Hatab called Free Syrian Army’s factions to defend the government’s offices in the governorate, in case of an attack by the Hayat Tahrir al-Sham. 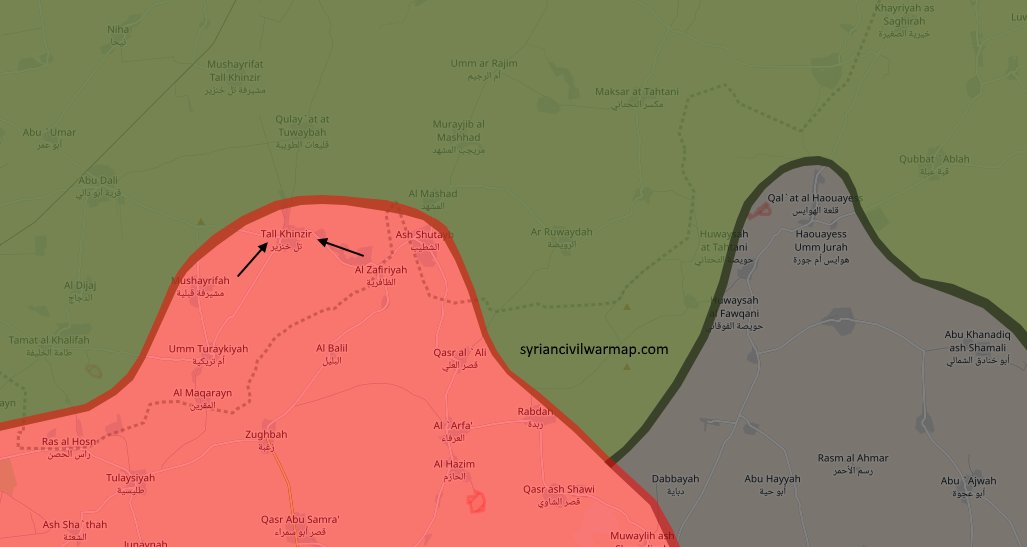 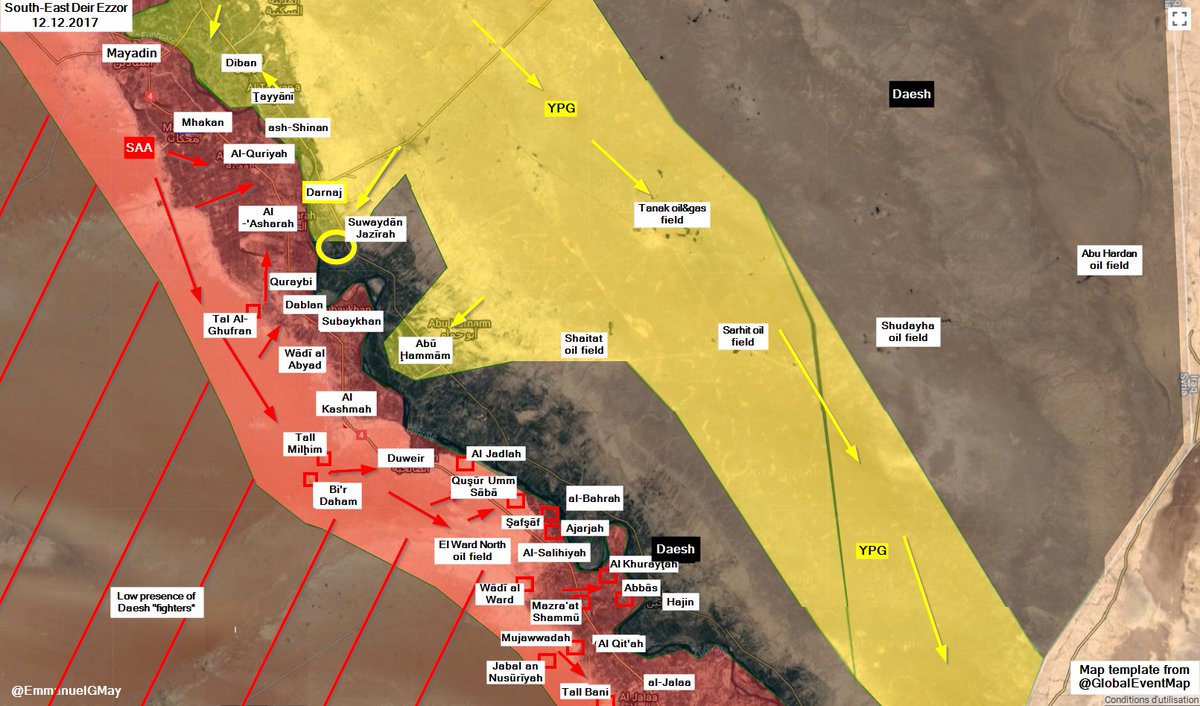 Islamic State-held areas in the south Damascus are experiencing internal differences, as fighters surrender daily and leaders accuse each other of treason. Main reason for these tensions in IS-held areas, are daily surrenders of IS commanders and their fighters from Al-Yarmouk camp to the Syrian Arab Army, through the Barada checkpoint, located between Al-Hajar al-Aswad and Al-Asali neighborhoods. IS’ leaders of Al-Hajar al-Aswad, Al-Yarmouk camp, and Al-Tadamon all operate individually without any coordination, and every new leader only amplifies isolation between IS-held areas. Coups in these IS-held areas are common occurrence as leaders mutually accuse each other of treason and belonging to the Syrian government. Current leader of IS-held Al-Tadamon neighborhood, Abu al-Ezz al-Amir is accused of being installed in the area by the Syrian government.

Free Syrian Army’s Quwa Shabab al-Sunnah (Youth of Sunna Forces) detained and then released correspondent for Alan television channel, Mohammed al-Ghazzawi (Muhammad al-Hourani) in Bosra al-Sham. Al-Ghazzawi was reportedly detained because he defamed the group with reports of abuse in predominately Christian village of Kharba, which is controlled by Quwa Shabab al-Sunnah. Al-Ghazzawi denied these accusations and said he was verbally assaulted while detained. Fighters of Quwa Shabab al-Sunnah allegedly forced Al-Ghazzawi to take his clothes off, filmed him and threatened to publish the video clip if he publicizes the incident.

According to a statement from the Islamic State’s Amaq Agency, two Islamic State’s improvised explosive devices killed five and wounded three elements of the Iraqi Federal Police in Al-Husseiniya and Al-Shieha areas of Hit (Heet).

Iraq Joint Operations’ spokesman, Yahya Rasoul denied reports about an agreement with the Syrian Democratic Forces, regarding the establishment of a joint coordination center in order to ensure the security of the Iraqi-Syrian border from the Islamic State. Rasoul said that the two parties did have a meeting, but that the meeting did not result in the establishment of any joint center between the parties. Iraqi Army’s Colonel, Walid al-Dulaimi stated that the army’s engineering teams began establishing fortifications on the border, from the city of Al-Qaim to Rabia.

Afghan National Security Forces’ operations against the Islamic Emirate of Afghanistan (Taliban) resulted in death of two and injury of three IEA fighters, as well as in destruction of an IEA position and two ammunition caches.

Afghan National Security Forces wounded two fighters of the Islamic Emirate of Afghanistan, during the clashes between the two in the province.

Afghan National Security Forces conducted operations against the Islamic Emirate of Afghanistan in Hisarak district, killing one and arresting five fighters of the group.

United States Army’s soldier was killed and additional two injured after their vehicle slipped off the mountain in Vech Kut Echin area of Achin district.

Islamic State clashed with the Afghan National Army in Bira Khel area of Khogyani district, killing one and wounding 13 elements of ANA, including a commander.

Afghan National Army’s commander, Turkel ibn Yusuf surrendered to the Islamic Emirate of Afghanistan in Saydabad with an assault rifle and a pistol.

Afghan National Security Forces discovered 195 kilograms (430 pounds) of opium, two assault rifles and four motorcycles in Firozkooh district. One fighter of the Islamic Emirate of Afghanistan was killed and three arrested during the clashes with the ANSF.

Afghan National Security forces conducted operations against the Islamic Emirate of Afghanistan in Barmal district and killed 10 fighters of the group, as well as destroyed several weapons depots and ammunition caches.

Afghan National Security Forces’ operations against the Islamic Emirate of Afghanistan in Farah district resulted in death of six IEA fighters and injury of additional five.

Islamic Emirate of Afghanistan’s sniper killed a member of the Afghan National Police in Bashtrud directorate.

Member of the Afghan National Police defected to the Islamic Emirate of Afghanistan with his assault rifle.

Islamic Emirate of Afghanistan’s sniper killed an element of Afghan National Army and wounded another one in Jerash directorate.