Hello and welcome to the 268th installment of the SWD. 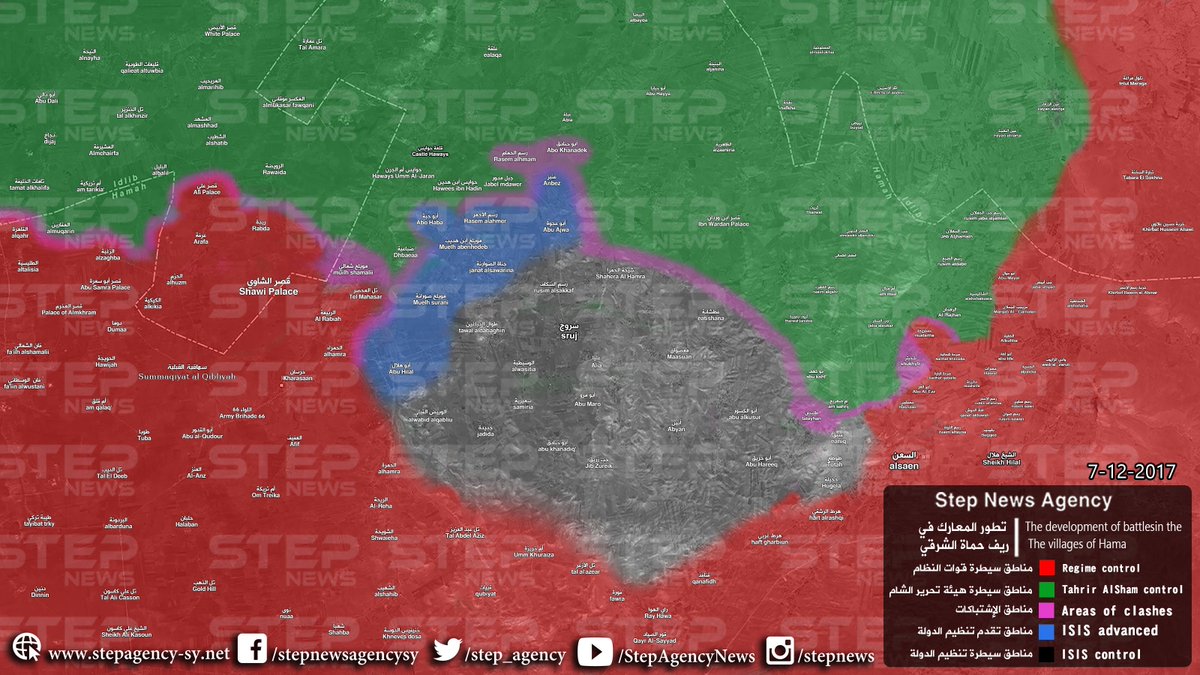 Situation in the northern Hama, HD version of this map can be found here. Source: Step News Agency

Ahrar al-Sham repelled Syrian Arab Army and Syrian Republican Guard’s attack on its positions in the ‘Army Armored Vehicle Base’ in Harasta. Ahrar al-Sham’s spokesman for the East Ghouta, Mundhir Fares stated that at least seven SAA‘s soldiers were killed in the failed attack. 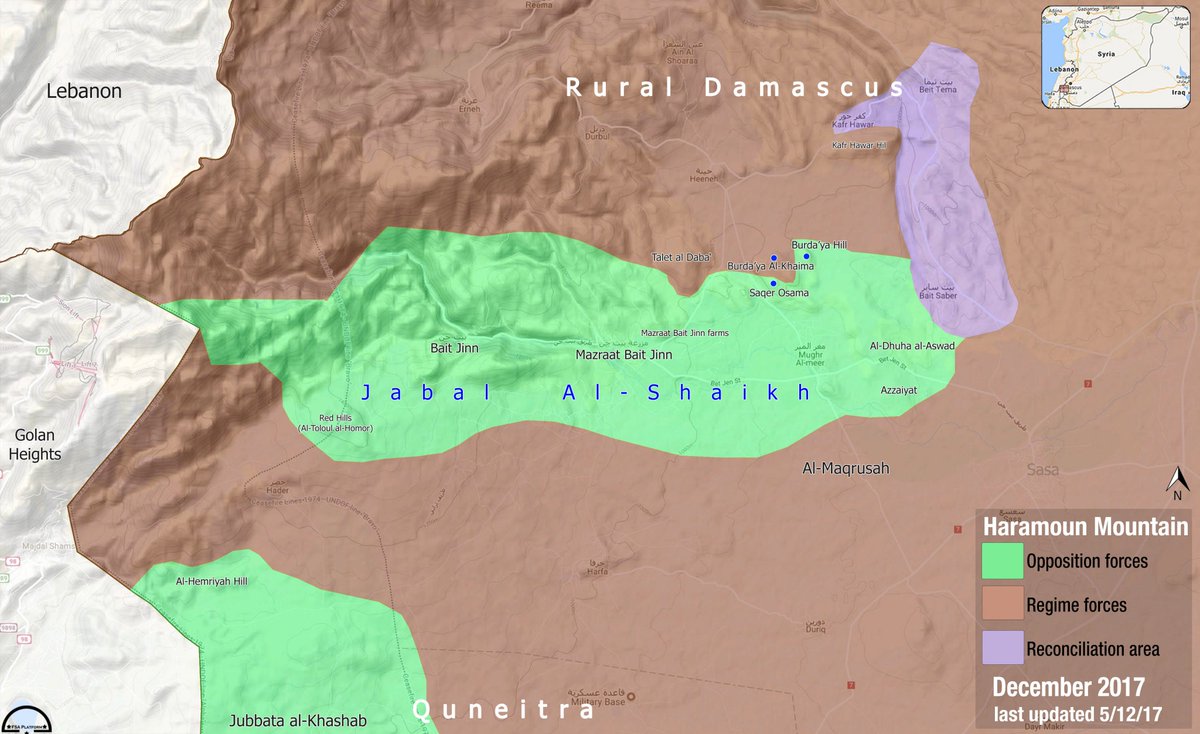 Islamic Emirate of Afghanistan ambushed a fighter of the Afghan militia in Mihtarlam district. IEA fighters wounded the militia fighter and seized his motorcycle.

Islamic Emirate of Afghanistan’s improvised explosive device targeted Afghan National Army in Saydabad district. The explosion killed one soldier and wounded another one.

Afghan National Army’s soldier surrendered himself to the fighters of the Islamic Emirate of Afghanistan in Baraki Barak district.

Afghan National Security Forces conducted operations against the Islamic Emirate of Afghanistan in Qarabagh district. The operations resulted in death of five IEA fighters, injury of additional three and destruction of eight vehicles and eight motorcycles.

Afghan National Security Forces’ operations in Zurmat district resulted in death of three fighters of the Islamic Emirate of Afghanistan and destruction of a vehicle.

Islamic Emirate of Afghanistan raided two Afghan National Army’s checkpoints in Nawzad district, forcing the latter to flee from the area. After the ANA‘s elements fled the area, IEA asserted control over the two checkpoints.