Hello and welcome to the 260th installment of the SWD.

Syrian Arab Army briefly captured Ramlah village from the Hayat Tahrir al-Sham, south of Khanaser. Besides recapturing Ramlah, HTS‘ commander Edi Abu Faisal stated that HTS regained control of Talafah, Al-Rashadiyah, Siyala, and Abeisan. Abu Faisal also stated that 15 SAA‘s soldiers were killed and three captured, as well as one tank destroyed and two vehicles with ammunition seized. According to Abu Faisal, a number of HTS‘ fighters was wounded in today’s encounter with the SAA. 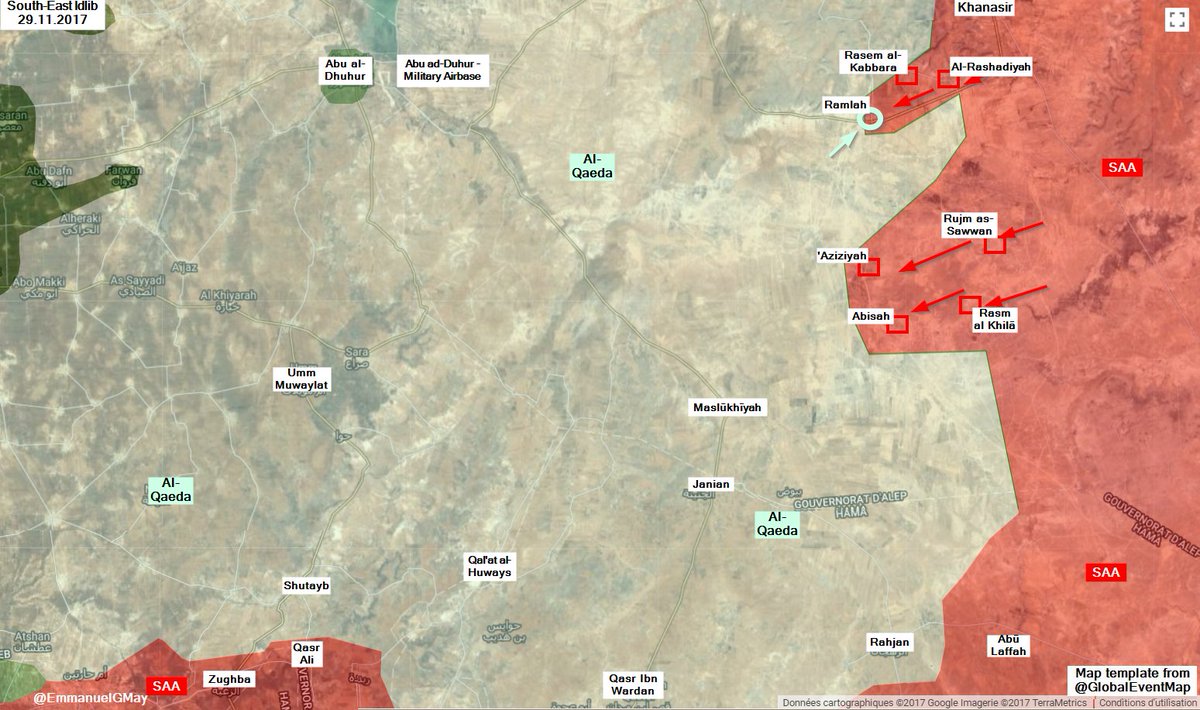 Around 20 civilians were killed and more than a dozen wounded, as they tried to flee from the Islamic State’s areas due to the shelling towards the Syrian Democratic Forces-held Abu Khashab. The civilians reportedly entered a minefield in the vicinity of Abu Khashab. 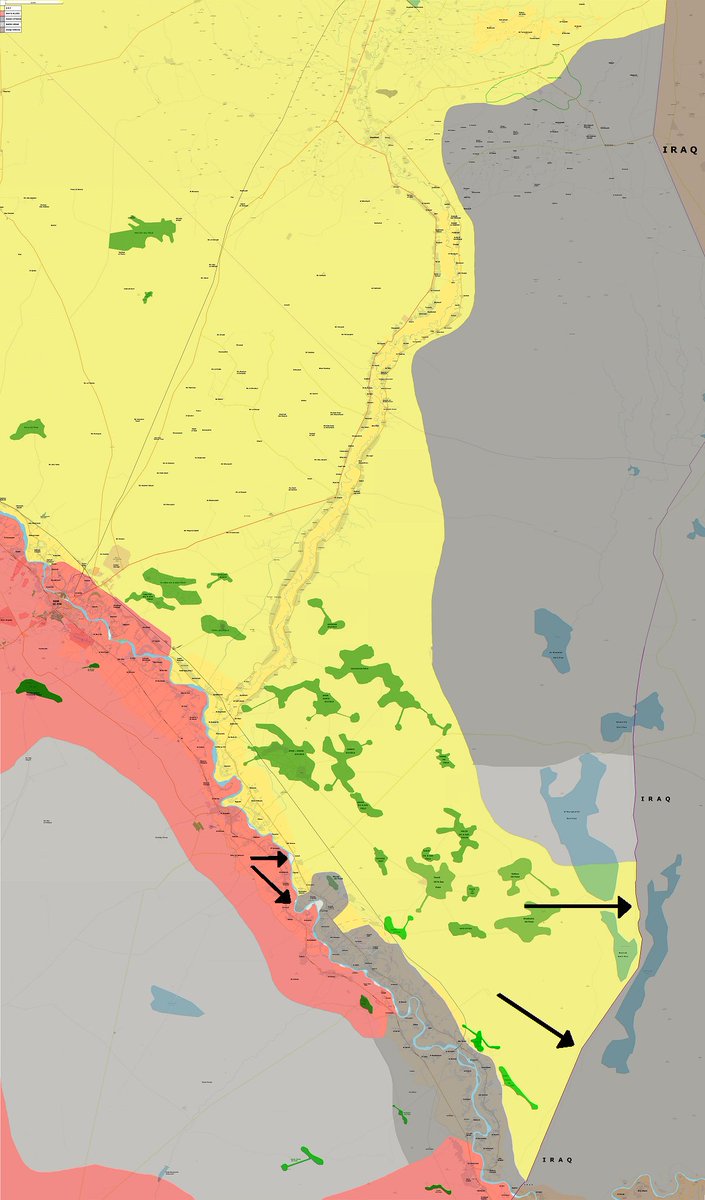 Two Free Syrian Army’s factions engaged in the “People of the Land” (Ahl al-Ard) offensive against the IS-affiliated Jaysh Khalid ibn al-Walid, killed and wounded 35 of the latter’s elements so far, according to the commander in Tajammu al-Ahrar, Abu Khaled. Abu Khaled also said that two Free Syrian Army’s fighters were wounded in the offensive, one belonging to the Tajammu al-Ahrar and the other to the Tajammu al-Shahid Abu Hamza al-Naeimi. 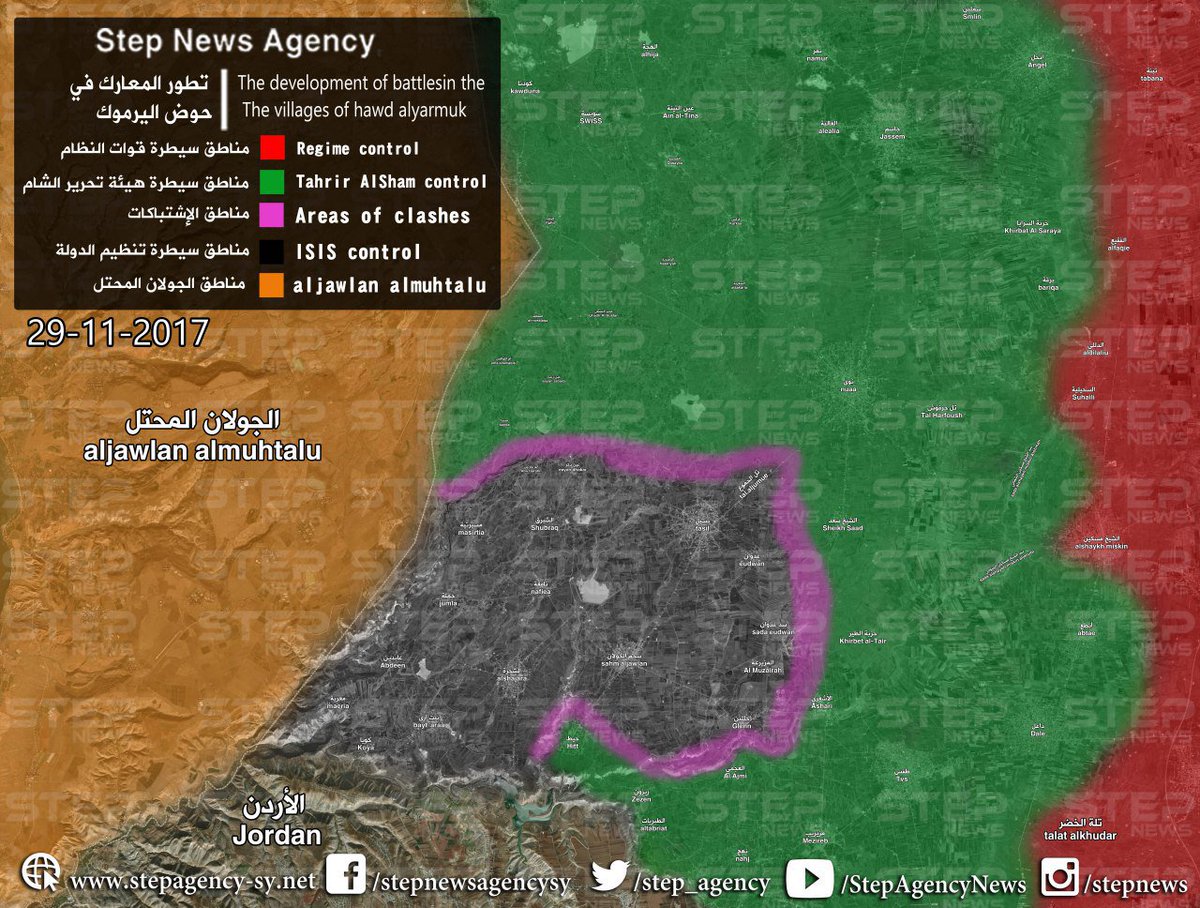 Islamic State’s Amaq Agency reported death of two Al-Hashd al-Shaabi’s (Popular Mobilization Units) fighters and injury of several others, due to clashes with the Islamic State in the village of Gharib, west of Al-Hawija.

Islamic Emirate of Afghanistan’s fighters captured a gold mine in Bikador directorate of Raghistan district. IEA has already assigned a group of 40 fighters to start mining in one of the most important gold mines, which reportedly contains 30 tons of gold in it. Raghistan Police’s commander, Mohammad Ishaq stated that their requests for reinforcements have been ignored, and that the complete district of Raghistan will come under IEA‘s control if the situation doesn’t change.

Former member of the Herat’s provincial council, Mohammad Askar Anvari was executed, along with four other individuals in Pul-e-Charkhi prison, after being convicted for kidnapping.

Islamic Emirate of Afghanistan’s and Islamic State’s fighters entered Lagham’s Alingar district and have already started to clash with each other.

Islamic Emirate of Afghanistan’s spokesman, Zabiullah Mujahid announced the capture of the Afghan National Army’s checkpoint in Musa Walo area of Qarabagh district. Mujahid stated that 12 ANA‘s elements were killed, including the famous commander “Bashir”, and one ANA‘s element captured. Furthermore, ANA‘s reinforcements to the checkpoint were ambushed, resulting in the destruction of an APC and a technical, as well as causing seven casualties in ANA‘s ranks.

Islamic Emirate of Afghanistan’s improvised explosive device killed an element of the Afghan National Police and wounded another element in Birk Tanh district.

Afghan National Army Commando Corps destroyed a drug production facility in Musa Qala district. Before the destruction, the facility had in storage 1500 kilograms (3300 pounds) of opium, 300 kilograms (660 pounds) of heroin and several weapons.

Afghan National Security Forces reportedly killed five and wounded one IEA fighter in Maywand district. In the same district, IEA‘s improvised explosive device reportedly destroyed ANSF‘s vehicle and caused casualties among the passengers on board. Another event took place in the same district, IEA ambushed ANSF‘s foot patrol without any information about casualties on either side.

Improvised explosive device exploded as a group of civilians was passing by on a road from Marouf district to their village. The explosion killed eight civilians. Kandahar Police’s spokesman, Zia Durrani said that the explosion was the act of the IEA, even though the latter did not claim the responsibility for the explosion.

Islamic State’s fighters assassinated a member of the Somali Armed Forces in the city of Afgooye, Lower Shebelle province.

Islamic State’s Amaq Agency claimed responsibility for a VBIED attack that targeted the building of the Ministry of Finance in Khor Maksar area, Aden. Reports suggest that two people were killed by the explosion.