Hello and welcome to the 253rd installment of the SWD.

Harakat Nour al-Deen al-Zenki and Hayat Tahrir al-Sham released prisoners captured during the infighting between the two. Harakat Nour al-Deen al-Zenki’s spokesman for the media office, Mohammed Adib stated that HNDZ received 60 prisoners from HTS, in exchange for 40 captured HTS‘ fighters. As a part of the ceasefire agreement between HNDZ and HTS, the latter returned Al-Abzam to the former. Adib stated that HNDZ is still waiting for HTS to hand over Deir Hassan in Idlib governorate.

Hayat Tahrir al-Sham repelled Syrian Arab Army and allies’ attempt to advance on Hijarah, Al-Rashadiyah and Rujm al-Aswan, according to the HTS‘ commander Abu Amara al-Hoss. Al-Hoss also stated that a group of SAA‘s soldiers were killed when they entered HTS‘ minefield in the area.

FSA‘s Free Idlib Army reported destruction of Syrian Arab Army’s tank with a TOW anti-tank guided missile, on Rabda front. FIA‘s spokesman, Mustafa al-Hussein also confirmed these reports by stating that they targeted SAA‘s T-72 with a TOW missile as it tried to advance towards Rabda. According to Al-Hussein, SAA lost four soldiers, including a commander in the TOW attack by the group. 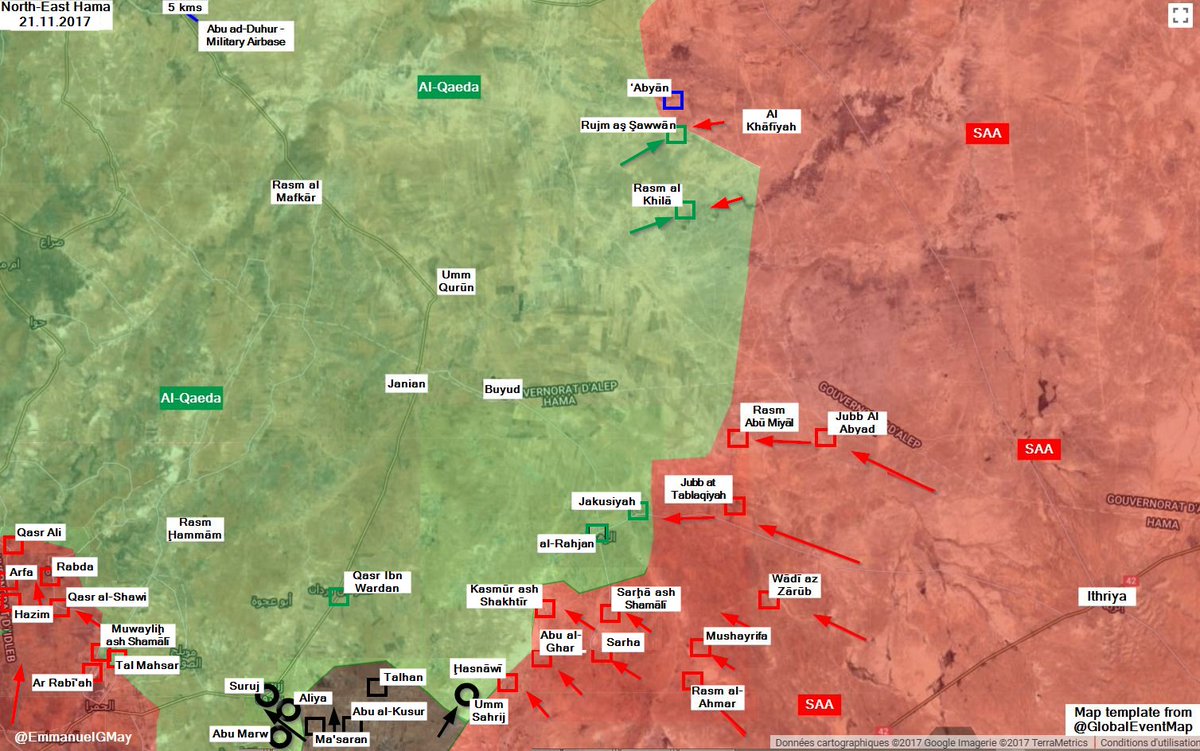 Syrian Arab Army reportedly captured Hawijah Kati from the Islamic State, north of Deir al-Zour. The island was previously claimed as captured by the SAA on the 4th and the 17th of November.

Yesterday, Syrian Arab Air Force’s L-39ZA Albatros crashed while attempting to land in Deir al-Zour, killing both pilots on board. The crashed aircraft reportedly came under the fire of the Islamic State’s fighters. 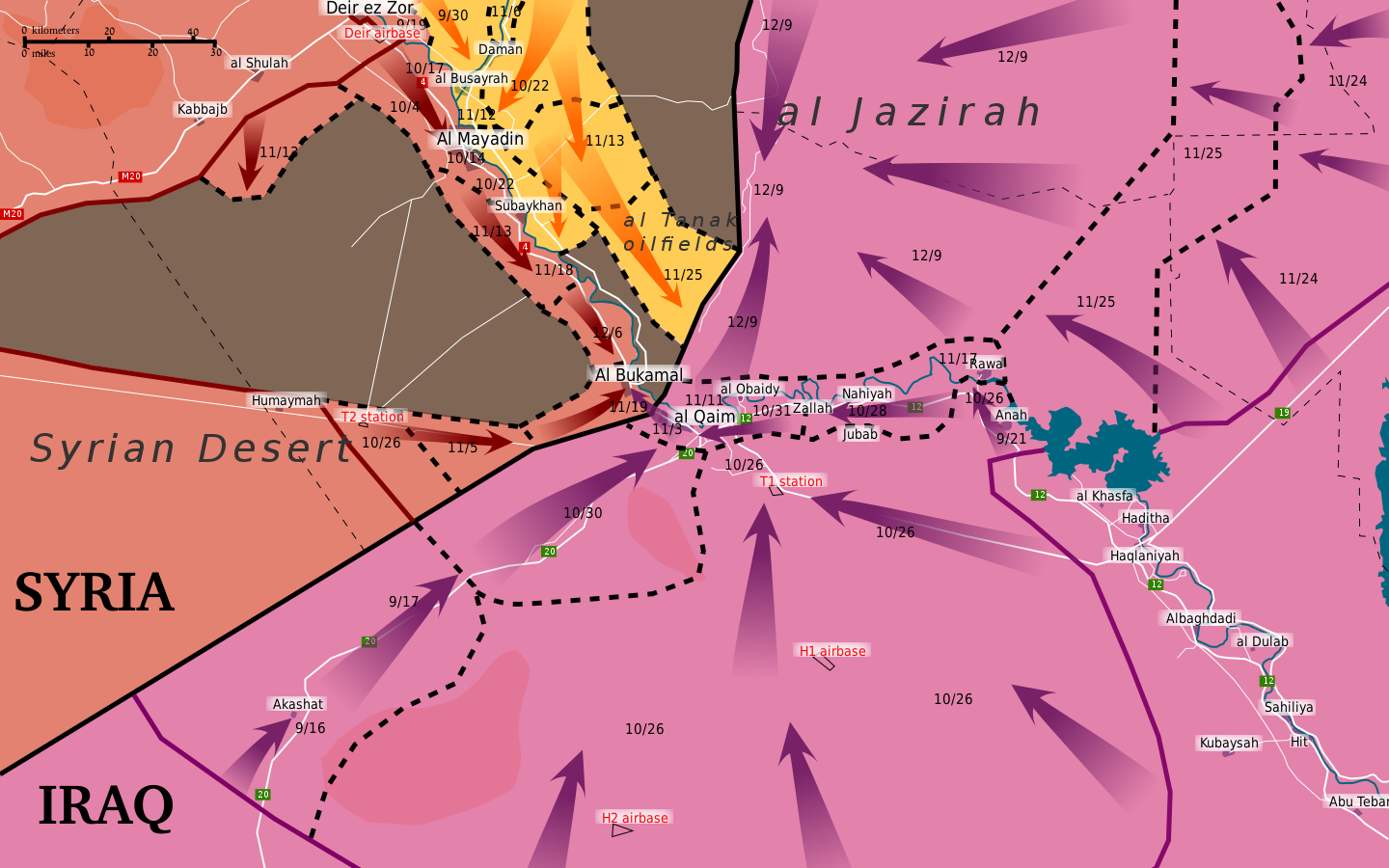 Syrian Arab Army’s artillery targeted Al-Nashabiyah, Ain Terma, and Arbeen in the East Ghouta. Reports claimed that 15 civilians were wounded in the shelling on Ain Terma.

Rebel “Daraa Martyrs Documentation Office” reported death of a Free Syrian Army’s fighter, after he was targeted with an improvised explosive device, planted by the Syrian Arab Army on the road between Busra al-Harir and Musika.

Unknown gunmen killed a civilian on the road near Saida town and then fled towards the road connecting Saida and Kiheel. Similarly, unknown gunmen kidnapped a displaced civilian from Al-Sheikh Maskin in Nawa.

Islamic State’s sniper killed a member of the Iraqi Federal Police in the city of Al-Tarmiyah, according to the Amaq Agency.

Islamic State’s improvised explosive device destroyed a vehicle and killed a member of the Iraqi National Intelligence Service in Baqubah.

Iraqi Security Forces arrested the main narcotics financier known as “Ali Ghourila” in Al-Nahriwan area, south of Baghdad. Security forces seized 660 narcotic pills from Ghourila during his apprehension. Furthermore, two drug traffickers were arrested at a checkpoint, and two people arrested in Al-Jadiriyah area with a large quantity of narcotic substances in their possession.