Hello and welcome to the 252nd installment of the SWD.

Turkey-backed Free Syrian Army opened a humanitarian post between its areas and Syrian Democratic Forces-held areas. The post is located in the village of Zuwyan and manned by the Free Syrian Army’s Firqat al-Sultan Murad (Sultan Murad Division). Commander in the Sultan Murad Division, Ahmed Akhtarini said that the post was opened in order to allow the civilians to return to Shaela village and its surroundings. Akhtarini also pointed out that the post will be used only in humanitarian purposes, and not as a point of trade between TFSA-held areas and SDF-held areas.

Left over Islamic State’s landmine exploded in the city of Raqqa, killing a woman. The explosion occurred in Al-Dareea, during the inspection of a house. Syrian Democratic Forces allowed a portion of civilians to inspect their homes in Raqqa before the demining is finished, at their own risk.

Islamic State resumed its offensive against the Hayat Tahrir al-Sham in Al-Saan district. Islamic State took control of Tulayhan, Misran, and Sarouj after clashes with the HTS, as well as reportedly killed a dozen of HTS‘ fighters and captured several of them. Islamic State is continuing its offensive with the attacks on Abu Maru and Abyan village, after receiving the reinforcements coming through SAA‘s territory from its areas near Uqayribat, also in Al-Saan district.

‘The Security Committee’, consisting of several rebel factions in Qalaat al-Madiq, conducted the first anti-drug operation in the locality. Several houses were raided and a number of drug traffickers arrested. The Security Committee’s statement said that “all those involved in the drug operations will not escape justice and will be held accountable for their crime against the community”. 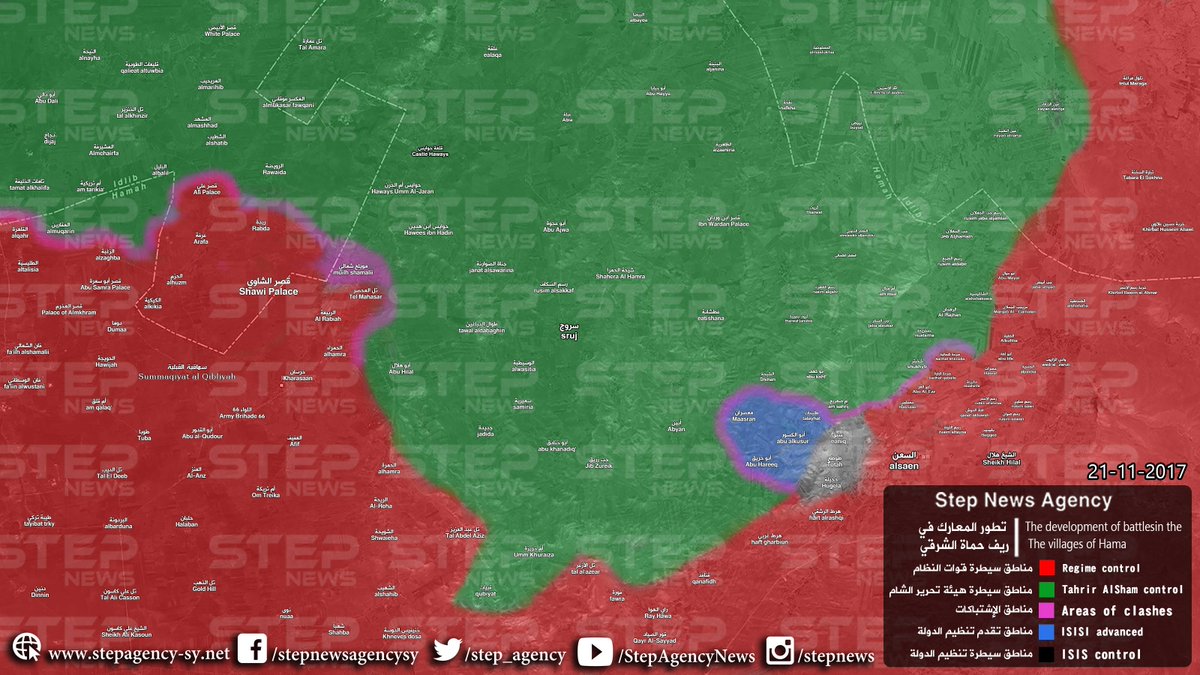 Approximate situation in the northeastern Hama, HD version of this map can be found here. Source: Step News Agency 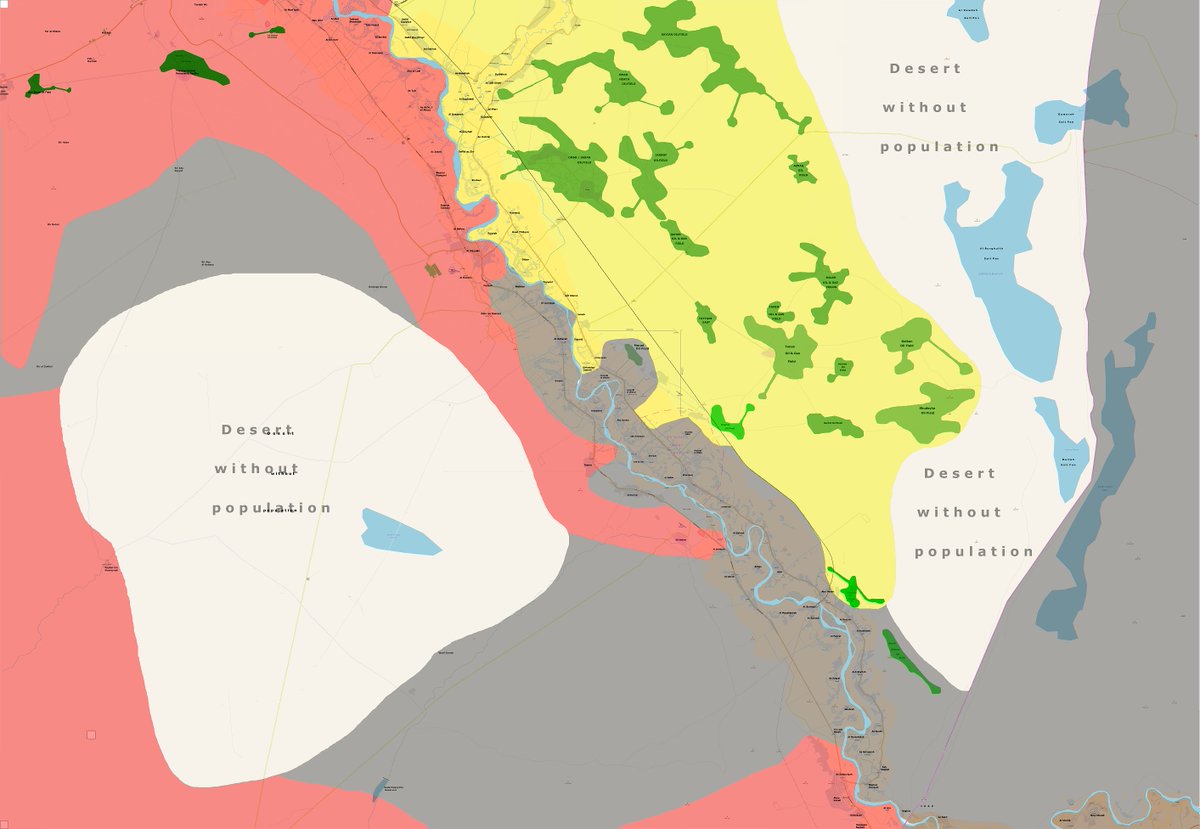 Situation in the southeastern Deir al-Zour, HD version of this map can be found here. Source: Lucio Cienfuegos

Syrian Arab Army and Syrian Republican Guard Forces reportedly restored all of the areas captured by the Ahrar al-Sham, in the ‘Army Armored Vehicle Base’ in Harasta. Besides capturing the vehicle base, SAA also reportedly took control of its surroundings. However, Ahrar al-Sham’s spokesman for the East Ghouta, Mundhir Fares denied reports about SAA retaking control of all the points it lost in AAS‘ offensive. Fares stated that the SAA launched several failed attacks on the lost positions, the most recent one at the dawn, which resulted in death of more than 15 SAA‘s soldiers.

Ahrar al-Sham launched “Volunteer for Al-Ghouta” campaign, aimed at young able bodied men in East Ghouta to join AAS‘ offensive against the SAA on the ‘Army Armored Vehicle Base’ in Harasta. Duration of the volunteering is 48 hours, but can be extended at the request.

Rebel “Daraa Martyrs Documentation Office” reported death of a Free Syrian Army’s fighter from Daraa governorate, due to clashes with the Syrian Arab Army at the outskirts of Beit Jinn.

Unknown gunmen released the president of Namer’s local council, a week after kidnapping him for an unknown reason on the road between Kahil and Al-Ghariyah al-Sharqiyah. The president of Namer’s local council, Zakaria al-Amari stated that he was taken to an unknown location where he was tortured on the first day, and then locked up for six days. Al-Amari was released on the road between Saida and Al-Ghariyah al-Gharbiyah.

Syrian Interim Government’s Darra Provincial Council issued a decision to close two trading posts between the areas controlled by the Free Syrian Army and the areas controlled by the Syrian Arab Army. The main reason for the closure of the posts in Dael and Kafr Shams, is the solidarity with the besieged people of East Ghouta. Deputy president of the provincial council, Emad al-Bateen said that another reason for the closure of the posts, is the Syrian governments imposition of fees on the goods. Al-Batten also said that the size of the fees is not a problem, but rather the practices of blackmail and starvation are unacceptable.

Car bomb exploded at a market in Tuz Khurmatu, killing 19 and injuring at least 70 civilians.

Iraqi Army’s 6th Infantry Division conducted anti-insurgency operations in Al-Khazraj area, west of Baghdad. The operations were conducted in order to remove the remnants of the Islamic State from the area, and to secure it for the return of the internally displaced families. Security forces found a weapons cache in the area, containing a thermal missile and three mortar rounds.