Hello and welcome to the 251st installment of the SWD.

Landmine explosion in the village of Al-Ghouz, close to Al-Bab injured a child. The injured individual was transferred to a hospital in Turkey for treatment.

Hayat Tahrir al-Sham’s elements allegedly kidnapped a civilian from his home in Saraqib, in order to seize his house and give it to its foreign fighters. The house was reportedly fully repaired recently.

Approximate situation in the northeastern Hama, HD version of this map can be found here. Source: Muraselon 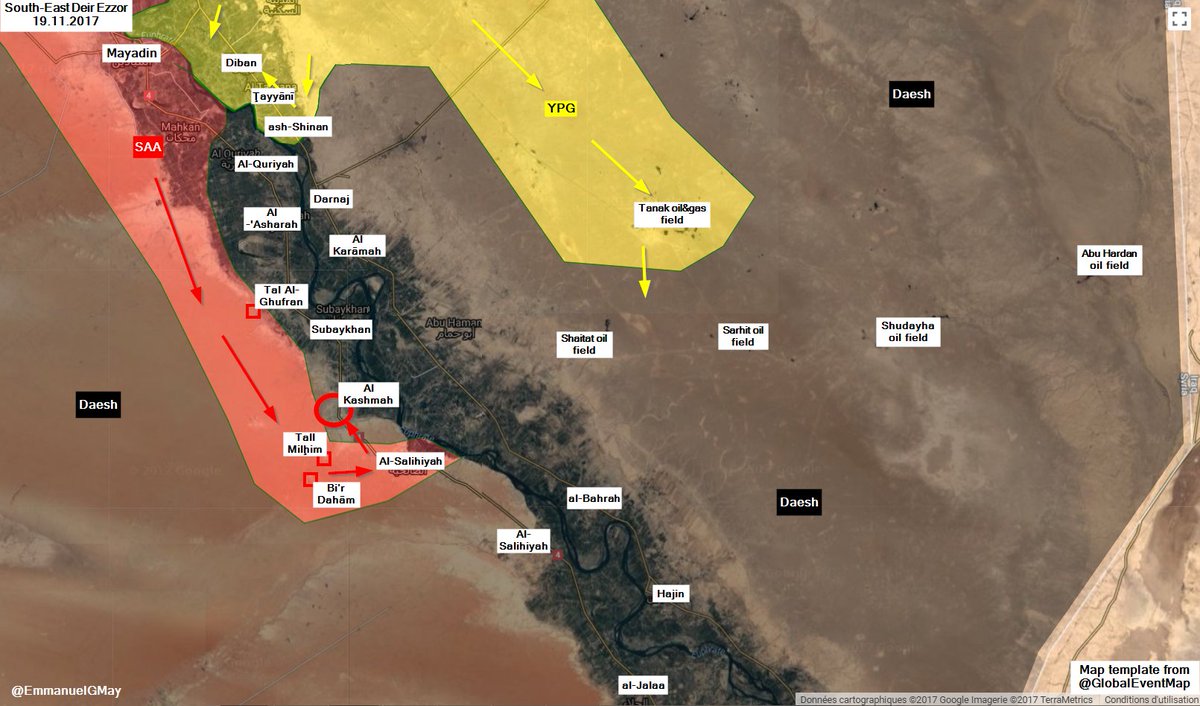 The local council of Harasta called on international organizations and institutions, mainly the United Nations, to immediately intervene and stop the targeting of the locality by the Syrian Arab Air Force and the Syrian Arab Army’s artillery.

Islamic State’s Amaq Agency claimed destruction of Iraqi Army’s vehicle with an improvised explosive device, on the road between Baghdad and Samarra.

Between the 17th and the 19th of November 2017 CJTF-OIR has conducted seven strikes in Syria. CJTF-OIR‘s main focus in Syria at the moment is Deir al-Zour region where they did two strikes supporting SDF‘s operations against IS engaging two IS tactical units.

Other area where five strikes occurred is Albu Kamal (Al-Bukamal) destroying three IS vehicles, a VBIED, a tactical vehicle and an IS construction vehicle. Full report on CJTF-OIR strikes conducted in both Syria & Iraq can be found here.