Hello and welcome to the 247th installment of the SWD.

Harakat Nour al-Deen al-Zenki and Hayat Tahrir al-Sham reached a temporary truce agreement last night that lasted until the noon. The agreement was mediated by the Saudi sheikhs Abdullah al-Muhaysini and Musallah al-Olayan. The director of media office of HNDZ, Ahmed Hamahar announced today that the truce agreement was extended for an indefinite period, as the negotiations are still taking place between the two parties. 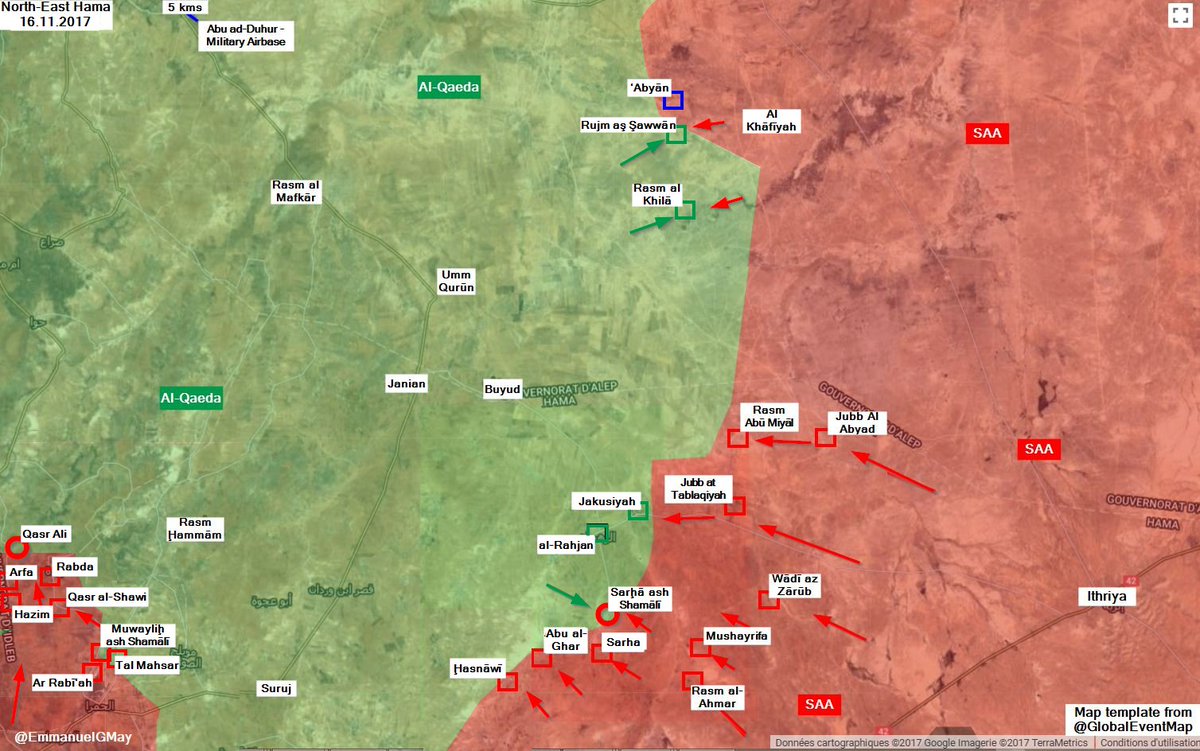 Islamic State’s Amaq Agency claimed death of eight Syrian Democratic Forces’ fighters and injury of additional ten, due to the clashes between the two, southeast of Al-Omar field.

Syrian Arab Army and allies advanced north of Albu Kamal (Al-Bukamal) and reportedly captured Hamdan village and Hamdan airbase. After these advances, the Islamic State is reportedly encircled in Al-Bukamal. 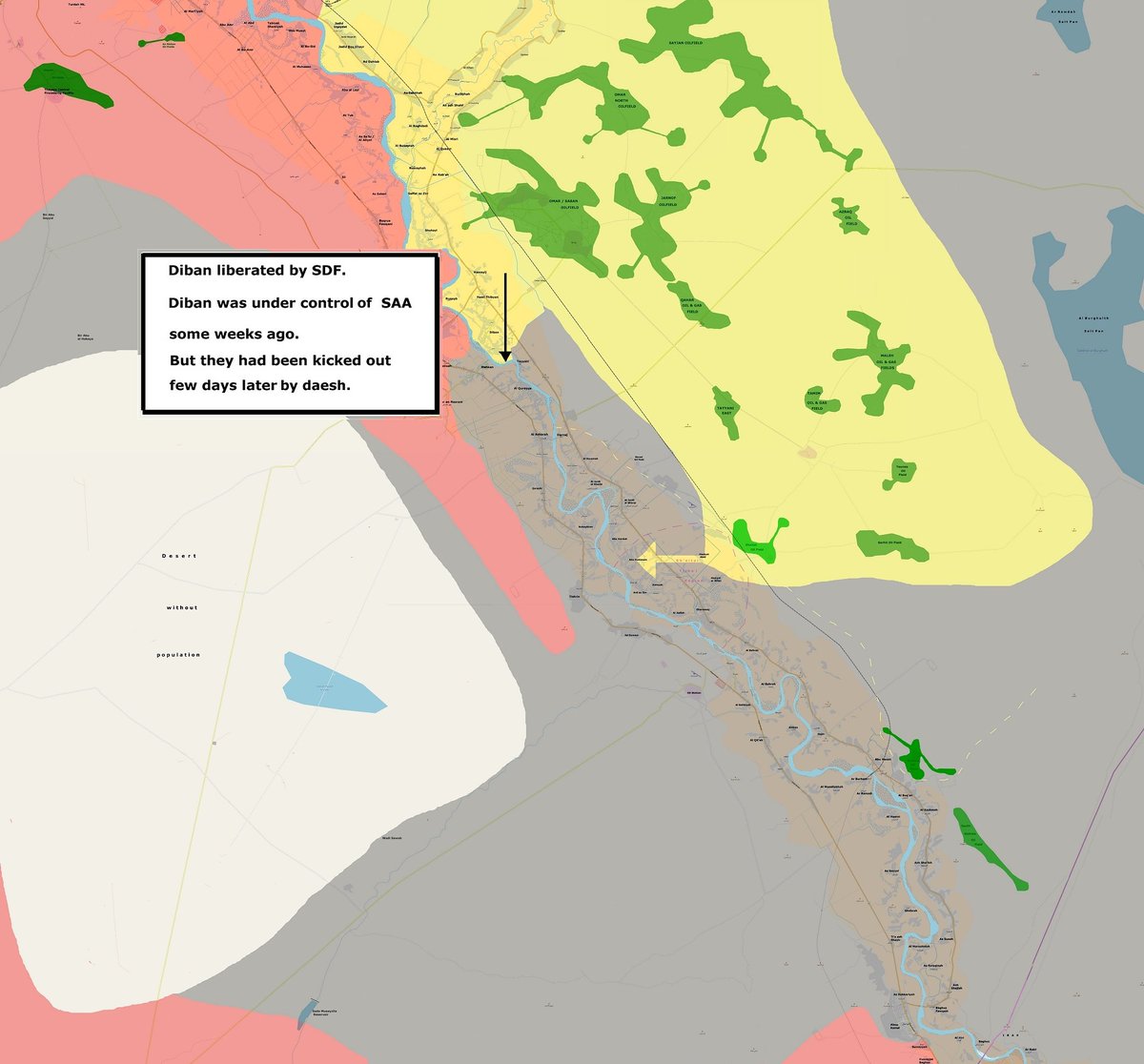 Syrian Arab Air Force targeted Saqba, Hammouriya, Douma, Arbeen, and Ain Terma. Five people were reportedly killed in Arbeen due to the airstrikes. Syrian Civil Defence (The White Helmets) reported death of two people in Hammouriyah and one in Ain Terma, also due to the airstrikes. Rebel shelling of Damascus’ center reportedly killed one person and injured 13 others.

Commander of the ‘1st Infantry Brigade’ in the Free Syrian Army’s Firqat al-Hamza, survived an assassination attempt on the road between Inkhil and Barqa. The deputy of the brigade, Adham al-Wadi stated that the commander was injured by an improvised explosive device which targeted his vehicle. Al-Wadi accused IS-linked Jaysh Khalid ibn al-Walid of trying to assassinate the commander.

Rebel “Daraa Martyrs Documentation Office” reported death of an Ahrar al-Sham fighter, after he was wounded by the Syrian Arab Army’s improvised explosive device at the outskirts of Al-Naimah.

Islamic State and Iraqi Army clashed in the village of Al-Marbat, southwest of Kirkuk. According to the Amaq, five Iraqi soldiers were killed and three wounded in the clashes.

CJTF-OIR released a news release regarding the elimination of four IS leaders in the past three weeks. CJTF-OIR listed eliminations in the chronological order:

Yusuf Demir, an ISIS media official with links to ISIS networks throughout the Middle East and Europe, killed Oct. 26, 2017 near al-Qaim, Iraq.

Omer Demir, an ISIS external operations coordinator with links to ISIS networks in the Middle East and Europe, killed Oct. 26, 2017 near al-Qaim, Iraq.

The Coalition will continue to exert pressure on ISIS senior leaders and associates across multiple networks in order to degrade, disrupt, and dismantle ISIS structures and remove the extremist terrorists throughout Iraq and Syria.

Islamic State took responsibility for the suicide attack that occurred in the downtown Kabul today. According to the Amaq, the attack targeted members of the ‘Islamic Society’. Nine people were killed in the explosion, seven of them members of the Afghan National Police.