Hello and welcome to the 232nd installment of the SWD.

Jaysh al-Ahrar’s commander, Abu Saleh Tahan survived an assassination attempt at Hayat Tahrir al-Sham’s checkpoint close to Al-Barqum, in the southern Aleppo countryside. Even though, HTS has been accused of attempting to assassinate Tahan, the group’s official statement denied any involvement in the act and said that they started investigating the event to find out what happened.

Jaysh al-Ahrar was formed in the December of 2016, and Abu Saleh Tahan played an important role in the formation of it. Two months ago, Jaysh al-Ahrar split from the Hayat Tahrir al-Sham due to an internal dispute. The most notable group in Jaysh al-Ahrar is Liwa al-Tamkeen, which controls the city of Binnish and its surroundings.

Reports suggest that Israeli Air Force targeted a copper factory south of Homs. The locality has been described as the weapons depot for the Syrian Arab Army & allies.

Syrian Arab Army made more advances in the city of Deir al-Zour against the Islamic State, capturing Al-Jubailiyah neighborhood and several localities inside the city, such as; the public park, and the legal school. Before the SAA‘s advance started, IS-held parts of Deir al-Zour were subjected to intense aerial bombardment and heavy preemptive shelling.

Russian Air Force conducted several airstrikes over the village of Al-Sabha in the eastern Deir al-Zour, causing only material damage. Air Force also continues intense bombardment of Al-Bukamal (Albu Kamal) and its surroundings, in preparations for the eventual SAA & allies’ attack on the city.

Body of a Moroccan IS’ fighter was found yesterday near the train track in Al-Bahra village, eastern Deir al-Zour governorate. The fighter had multiple stab wounds on his body.

Syrian Arab Army and allies made additional progress on T-2 airport front, reportedly advancing another 11 kilometers (7 miles) towards the border with Iraq. These latest advances put SAA & allies around 50 kilometers (31 miles) away from Al-Bukamal (Albu Kamal). 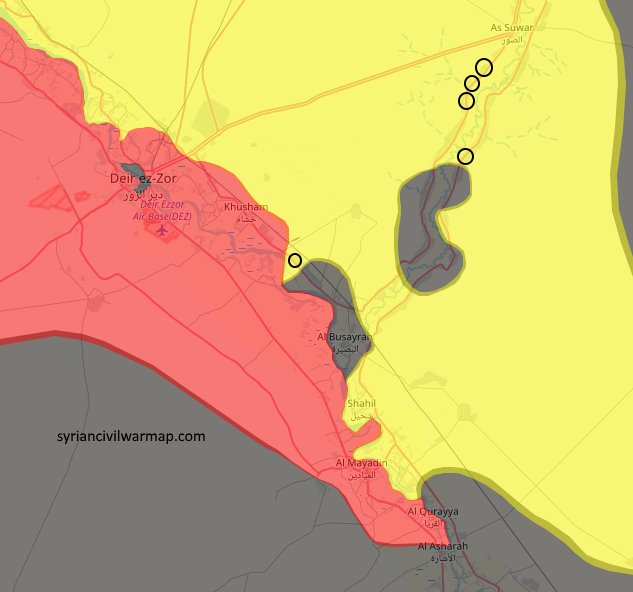 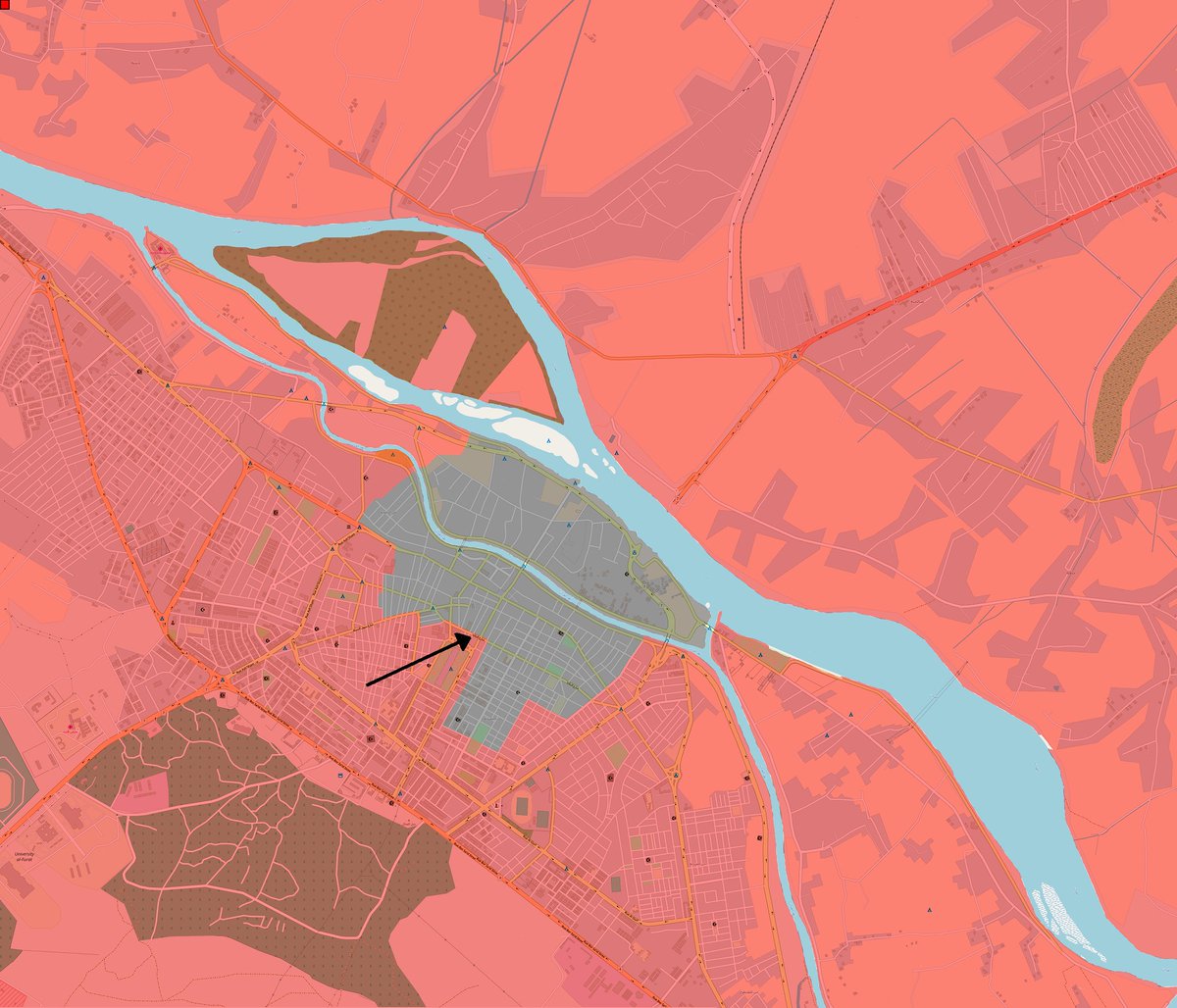 Islamic State’s sniper killed one Syrian Arab Army’s soldier in the Al-Hajar al-Aswad district, south Damascus yesterday, according to the statement from the Amaq Agency.

Syrian Arab Army’s artillery targeted the city of Alma, the road between Al-Karak and Al-Masirah, and the neighborhood of Daraa al-Balad in Daraa city.

Rebel “Daraa Martyrs Documentation Office” released a monthly death toll for the month of October. During the October, the office documented 47 deaths in the rebel-held territory of Daraa governorate. Number of killed rebel fighters is 26, the remaining 21 are civilian casualties. Complete report from the “Daraa Martyrs Documentation Office” for the month of October can be found here.

On the 31st of October 2017 CJTF-OIR has conducted eight strikes in Syria. CJTF-OIR‘s main focus in Syria at the moment is Deir al-Zour region where they did seven strikes supporting SDF‘s operations against IS engaging four IS tactical units, destroying three fighting positions and an IS vehicle, and suppressing a fighting position.

Other area where one strike occurred is Al-Bukamal (Albu Kamal) destroying an IS training center. Full report on CJTF-OIR strikes conducted in both Syria & Iraq can be found here.