Hello and welcome to the 160th installment of the SWD. 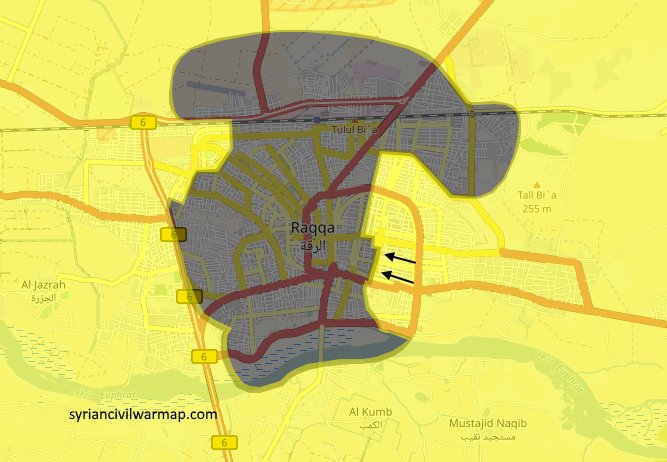 Situation has escalated between the rebels, once again, as the “mortar manufacturing workshop” previously under Ahrar al-Sham, defected to Hayat Tahrir al-Sham. Leader of the workshop is Abu Raed al-Hajji. Shortly after the workshop defected, Ahrar al-Sham sent a military convoy to try and capture the workshop. Clashes between Ahrar al-Sham and defected elements wounded two civilians.

Two explosions rocked the city of Idlib, more precisely, the clock square. So far, casualty numbers have not been released.

Syrian Arab Army and Jaysh al-Islam signed a ceasefire agreement regarding the former’s halt of the operations in East Ghouta. Ceasefire, which was mediated by Egypt and sponsored by Russia, includes the entry of humanitarian aid to the besieged Ghouta and evacuation of wounded/injured civilians.

Several Free Syrian Army’s fighters, including a commander, were wounded by an improvised explosive device, which was planted in their car by unknown individuals. Explosion occurred as the Free Syrian Army’s elements were driving in Inkhil.

Iraqi Air Force conducted several airstrikes over IS-held Rawah, western Anbar. According to the Iraq Joint Operations, airstrikes destroyed an IS’ HQ and two weapons depot, also killed a dozen of IS’ fighters and destroyed several VBIEDs ready to be used against the Iraqi forces and/or civilians in the future.

Iraqi Federal Police’s 5th Brigade arrested an Islamic State’s fighter, north of Baghdad. Further operations in the area resulted in discovery of four improvised explosive devices, in one of the orchards.

On the 21st of July 2017 CJTF-OIR has conducted nine strikes in Syria. CJTF-OIR‘s main focus in Syria at the moment is Raqqa region where they did five strikes supporting SDF‘s operations against IS destroying three fighting positions and an anti-air artillery system, and damaging a supply route.

Other areas where four airstrikes occurred are Abu Kamal (Al-Bukamal) and Deir al-Zour, destroying four IS oil tankers, four oil storage tanks and a vehicle. Full report on CJTF-OIR strikes conducted in both Syria & Iraq can be found here.

Islamic State’s sniper killed three Filipino soldiers in Llod Madaya neighborhood yesterday, according to Amaq. Today’s clashes between the IS and Philippines Army allegedly resulted in death of five latter’s soldiers and injury of four others, in Marinui district, Marawi.