Hello and welcome to the 153rd installment of the SWD.

Syrian Democratic Forces are in control of around 70% of Hisham Abdul Malik district, while clashes are still ongoing with the Islamic State, as well as in several other  districts of Raqqa. Reports also suggest that SDF secured Batani district and half of Rawdah. 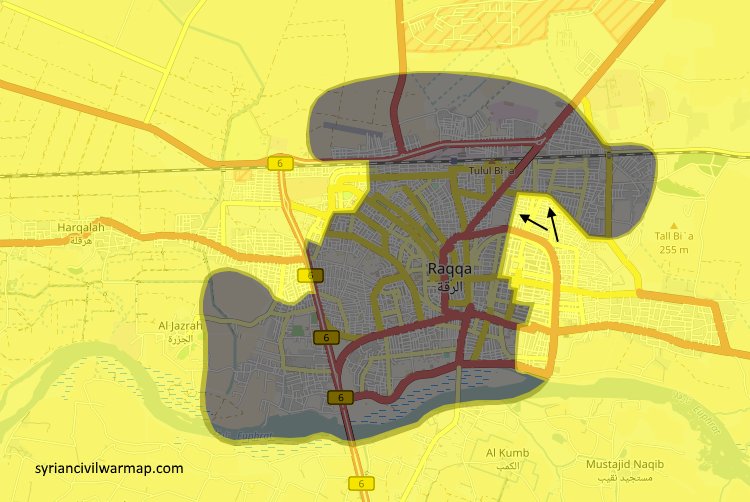 Yesterday, in Khirbet al-Jawz area, Turkish Gendarmerie killed a person and wounded five others, as they tried to illegally cross the border between Turkey and Syria.

Syrian Arab Army and Faylaq al-Rahman clashed in Ain Terma and Jobar areas, with reports about former taking control of several latter’s tunnels between the two localities, used to transport supplies and fighters between the fronts. As usual, today’s push by SAA was supported by several airstrikes from the Syrian Arab Air Force.

According to the unconfirmed reports, five Jaysh al-Islam fighters surrendered to the Syrian Arab Army in Jobar.

Iraqi forces continue with cleaning operations in the Old Mosul district, and have arrested Islamic State’s commander, Saleh Mohammed Said, in one of the tunnels in the Old Mosul. Islamic State’s Amaq Agency claimed that the Iraqi and US’ bombing/shelling of areas under IS’ control, resulted in death of 300 and injury of 400 people, in the past few days.

Confrontation between Islamic State and Al-Hashd al-Shaabi (Popular Mobilization Units) continues in and around Imam Gharbi village, south of Al-Qayarah. Amaq Agency reported death of three Iraqi fighters due to IS’ snipers, at the outskirts of the locality.

On the 14th of July 2017 CJTF-OIR has conducted 22 strikes in Syria. CJTF-OIR‘s main focus in Syria at the moment is Raqqa region where they did eight strikes supporting SDF‘s operations against IS destroying four fighting positions, a VBIED factory, a tunnel, a mortar system, and a heavy machine gun.