Hello and welcome to the 145th installment of the SWD.

Syrian Democratic Forces reportedly made sizeable advances against the Islamic State in the Old City of Raqqa, clashes between the two are still ongoing in the area. IS’ SVBIED targeted SDF‘s gathering in Al-Jizra district, and IS’ snipers killed three SDF‘s fighters across the city of Raqqa, according to Amaq. 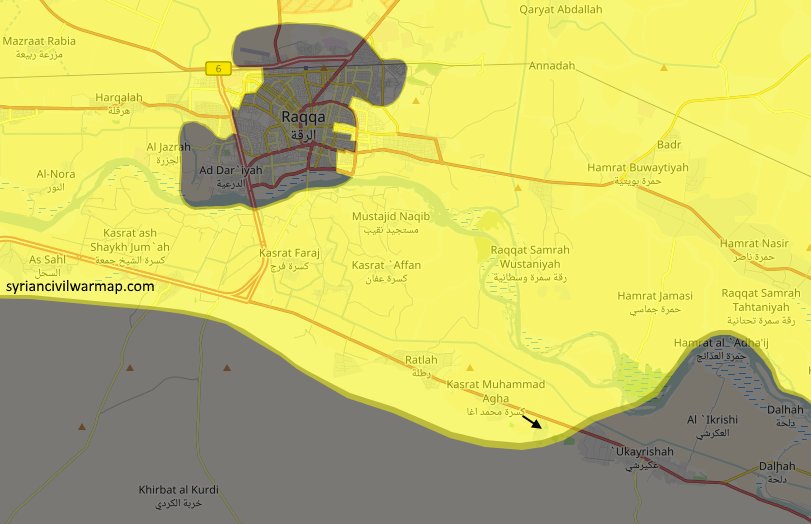 Four civilians were wounded by the remnants of a cluster bomb, from the previous air raids on Maarat al-Numaan. One civilian was killed and a member of Ahrar al-Sham wounded, when a landmine exploded near the village of Al-Halba.

Heavy clashes took place between SAA and IS, east of Arak, as the former tried to advance against the latter in the area. IS’ Amaq released several statements regarding today’s events east of Arak. Two IS’ improvised explosive devices killed two SAA‘s soldiers. Four more SAA‘s soldiers were reportedly killed by IS’ snipers. SAA & allied units were also targeted by an Islamic State’s SVBIED, east of Arak.

Cessation of hostilities between SAA and rebels has been extended, but the Syrian Arab Air Force continues conducting its usual targeting of rebel-held localities in Daraa governorate. The Air Force carried out 18 air raids targeting Al-Jisri, Ayb and Umm al-Karaz in Al-Lajat region. At least one civilian was reported as killed and several others as injured, following the raids.

The city of Mosul is still not completely captured by the Iraqi forces, Islamic State still maintains presence in several areas of the Old Mosul district. Iraq Joint Operations announced that the Iraqi Army’s 9th Division killed IS’ commander, Abu Zaid, along with seven other IS’ fighters, near Sheikh al-Shat mosque in the Old Mosul.

For the 3rd day, Islamic State and Al-Hashd al-Shaabi (Popular Mobilization Units) continue to clash in and around Imam Gharbi village. IS’ Amaq Agency reported death of nine Al-Hashd al-Shaabi fighters and destruction of a Humvee, due to IS’ SVBIED attack. Another statement from Amaq reported destruction of a BMP and a mine-resistant ambush protected Cougar vehicle, with two anti-tank guided missiles. Two Iraqi war correspondents, Soudid Faris and Harb Hizae, were killed today while covering the clashes with the Islamic State. 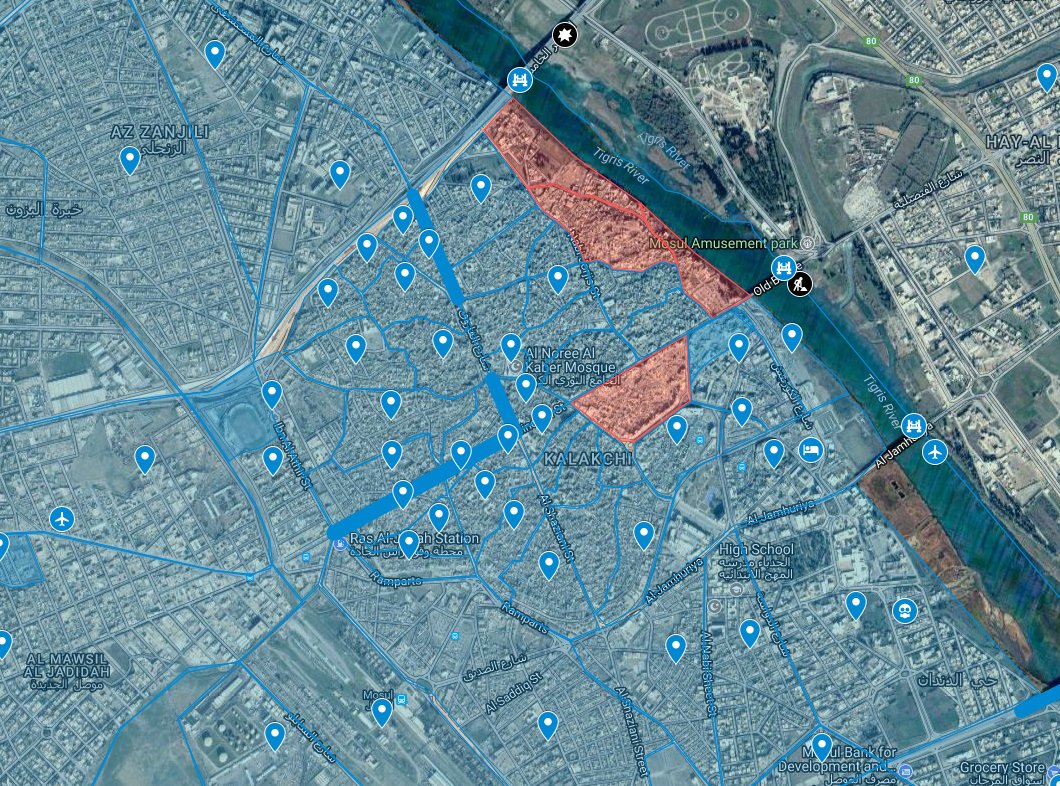 Islamic State reportedly executed four of its commanders, due to a number of failed attacks, which were supposed to be the “invasion” during the Ramadan in Diyala governorate.

On the 6th of July 2017 CJTF-OIR has conducted 22 strikes in Syria. CJTF-OIR‘s main focus in Syria at the moment is Raqqa region where they did nine strikes supporting SDF‘s operations against IS destroying seven fighting positons, an IS headquarters, and a VBIED.

Islamic State raided two Egyptian Army’s checkpoints south of Rafah, in Al-Bers area. The raid reportedly consisted of three SVBIEDs, out of which, at least one was reported as destroyed before reaching its destination. Casualties from the raid are estimated at 23 dead and 26 wounded for the Egyptian Army, and around 40 dead for the Islamic State. Among the killed Egyptian soldiers is Colonel Ahmed Sabir Al-Mansi, commander of the 103th Brigade.