Hello and welcome to the 143rd installment of the SWD.

Islamic State launched a counterattack against the SDF in Hisham Abdul Malik district, and allegedly recaptured lost positions, however, several pro-SDF sources reported that IS’ attack in the district was repelled. Clashes between IS and SDF continue in Al-Dariyah, Saif al-Dawla and the old city of Raqqa. IS’ SVBIED targeted SDF‘s gathering at the “Baghdad gate” in Raqqa. 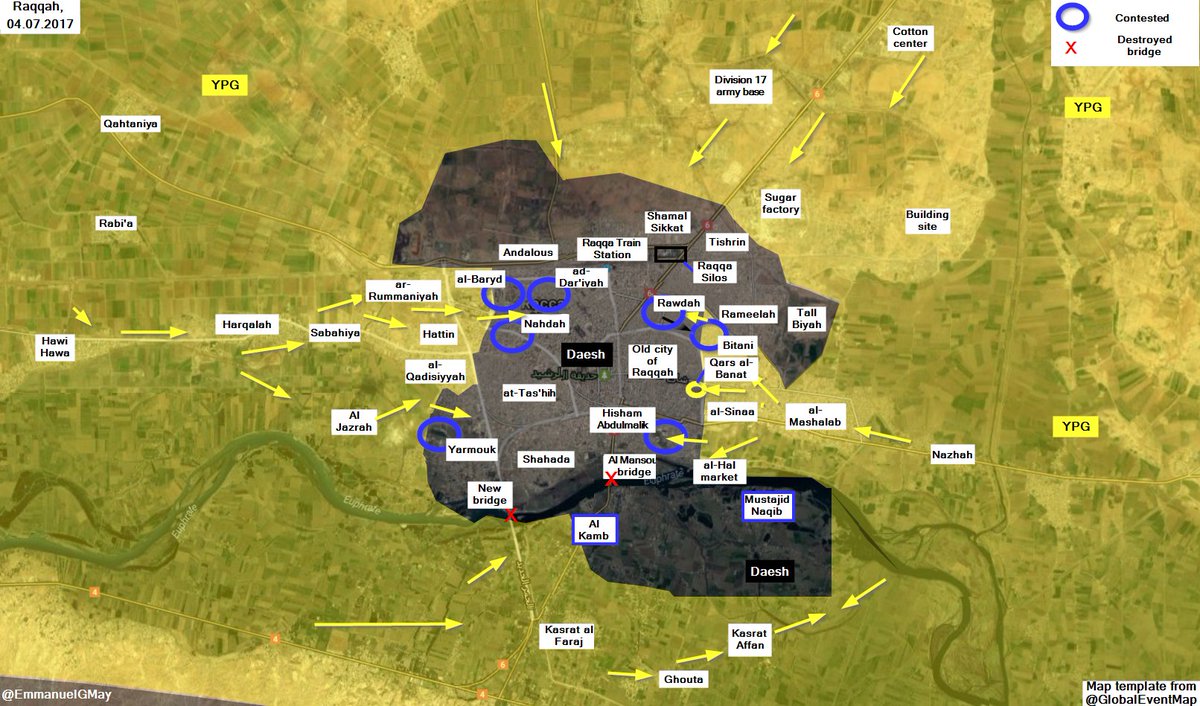 Improvised explosive device exploded on the road between Idlib and Salqin, close to the outskirts of Idlib, without reports about any casualties from the incident.

SAA captured three points from the Islamic State, around eight kilometers (five miles) east of Jibab Hamad village. On the front east of Arak, SAA clashed with IS’ fighters in the vicinity of Al-Hail gas field, SAA is reportedly one kilometer (0.62 miles) away from the locality. IS’ Amaq Agency claimed death of five SAA‘s soldiers due to clashes with IS, east of Arak.

Rebel military council of East Ghouta asked the rebel factions to form a unified “Syrian National Army” under one commander. Military council is attempting to stop future rebel infighting by reminding the groups to focus on the common enemy, Syrian Arab Army.

Syrian government’s National Reconciliation Committee met with local “leaders” of rebel-held Jayrud, in the East Qalamoun pocket. The two sides discussed the possibility of a reconciliation, local leaders accepted some of the demands/requests, such as the reopening of government institutions in the locality, and an option to settle the cases of the interested individuals, giving them an option to return to the normal life. However, pro-rebel sources claimed that the Syrian government is trying to reach a deal/settlement by intimidating local population. The only supply route to Jayrud was allegedly cut and the locals threatened with a military escalation if they don’t accept the terms in 24 hours.

Unknown gunmen assassinated commander in Katibat al-Sunat w al-Jimaea (Battalion of the Sunnah and the Community), part of the Free Syrian Army, Mahmoud Fawaz al-Ghibiti, known as Abu Abdo. The assassination took place in the city of Dael and was allegedly committed by the members of Al-Ghibiti’s group, as internal struggle is ongoing in the battalion.

Iraqi forces made limited advances against the Islamic State in several areas of the Old Mosul district. Iraqi Federal Police dismantled 36 IS’ improvised explosive devices during today’s advances. Iraqi forces also freed 24 families used as human shields by IS in the Old Mosul. 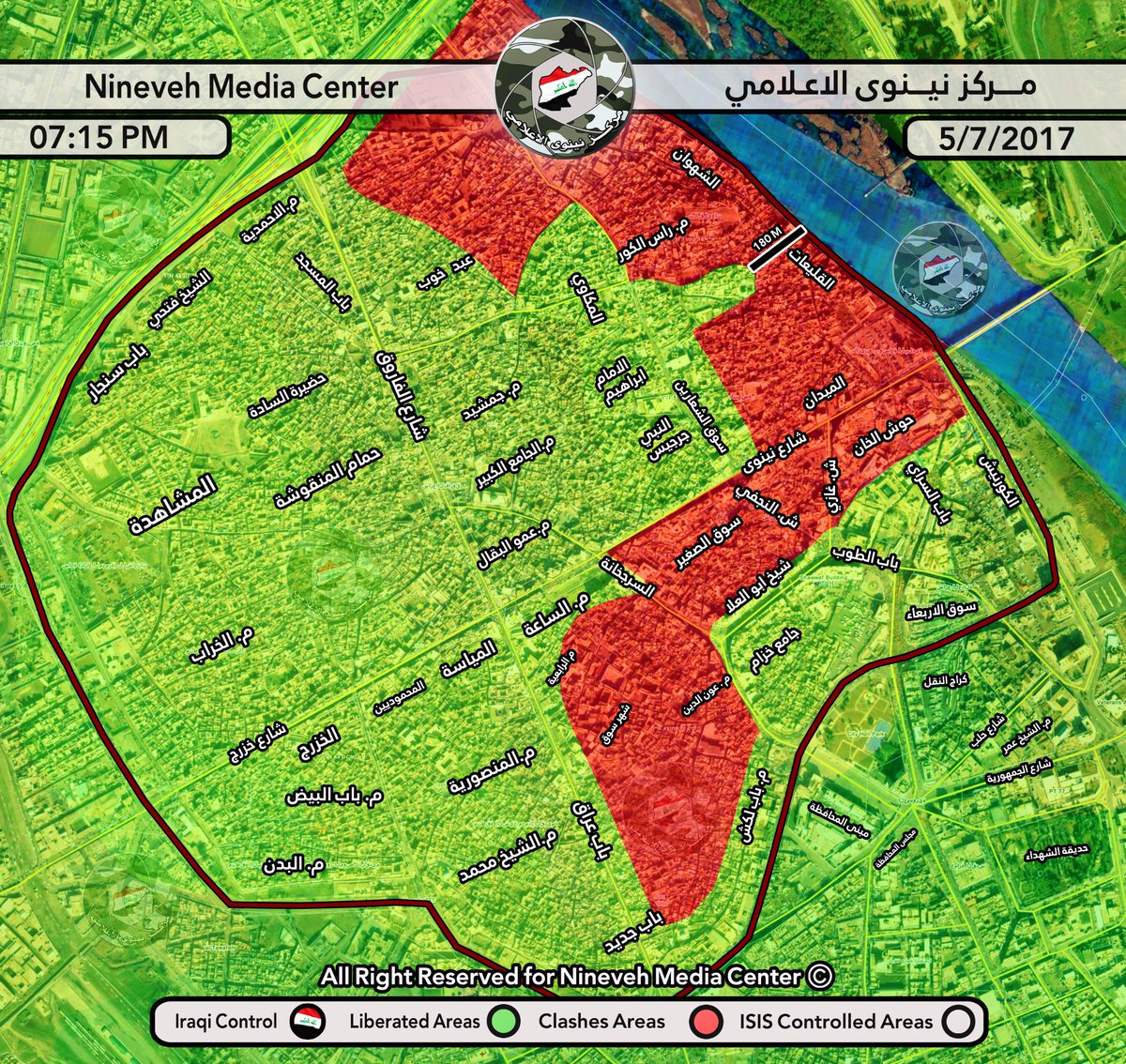 On the 4th of July 2017 CJTF-OIR has conducted 33 strikes in Syria. CJTF-OIR‘s main focus in Syria at the moment is Raqqa region where they did 27 strikes supporting SDF‘s operations against IS destroying 17 fighting positions, three tactical vehicles, a vehicle, two heavy machine guns, a mortar system, a weapons cache, a command and control node, a VBIED facility, and a VBIED.

Islamic State reportedly assassinated a Major of the Egyptian Army, and a member of the General Intelligence Directorate in the city of Arish. East of Arish, two IS’ improvised explosive devices allegedly killed three Egyptian soldiers and wounded several others.