Hello and welcome to the 141st installment of the SWD.

Syrian Democratic Forces entered Hisham Abdul Malik and Yarmouk districts in the southern part of Raqqa city, SDF allegedly making advances in the latter district against the Islamic State. Islamic State’s Amaq Agency claimed death of three SDF‘s fighters in Al-Kusarat area, after they were targeted with an SPG-9.

Southeast of Raqqa, SDF captured Ratlah village from the Islamic State. Clashes in and around the locality lasted for several days, IS allegedly lost at least 19 fighters.

Large explosion shook the city of Idlib this afternoon. Security forces detonated an explosive device near Al-Dhabit neighborhood, causing no casualties nor any damage.

High temperatures in Idlib governorate caused one of Faylaq al-Sham’s ammunition depots to explode. The incident occurred in the village of Maasran, without any casualties.

Ahrar al-Sham’s fighters killed Abdul al-Razzaq Salem Abboud, deputy official of Bab al-Hawa border crossing between Turkey and Syria. Abu Firas al-Homsi, another official at the crossing, managed to escape the assassinations attempt. Ahrar al-Sham’s spokesman, Mohammed Abu Zeid, stated that the group takes responsibility for the death of Abdul al-Razzaq Salem Abboud. Bab al-Hawa is under the control of Hayat Tahrir al-Sham, meaning that this will only increase the tensions between the two groups.

Syrian Arab Army captured several hills on both T3 airport and Arak fronts from the Islamic State. Northeast of T3 area, IS damaged SAA‘s tank with an anti-tank guided missile.

Ain Terma was also targeted by SyAAF, one person was reported as killed and several as wounded. Furthermore, SAA‘s shelling of Arbin resulted in death of two people and injury of several others.

Syrian Arab Air Force conducted at least 15 raids over rebel-held neighborhoods of Daraa city. Reports suggest that four people were killed and a dozen of injured due to raids.

Islamic State’s fighter reportedly blew himself in a building in Al-Makawi neighborhood, as a group of Iraqi Special Operations Forces was entering it. 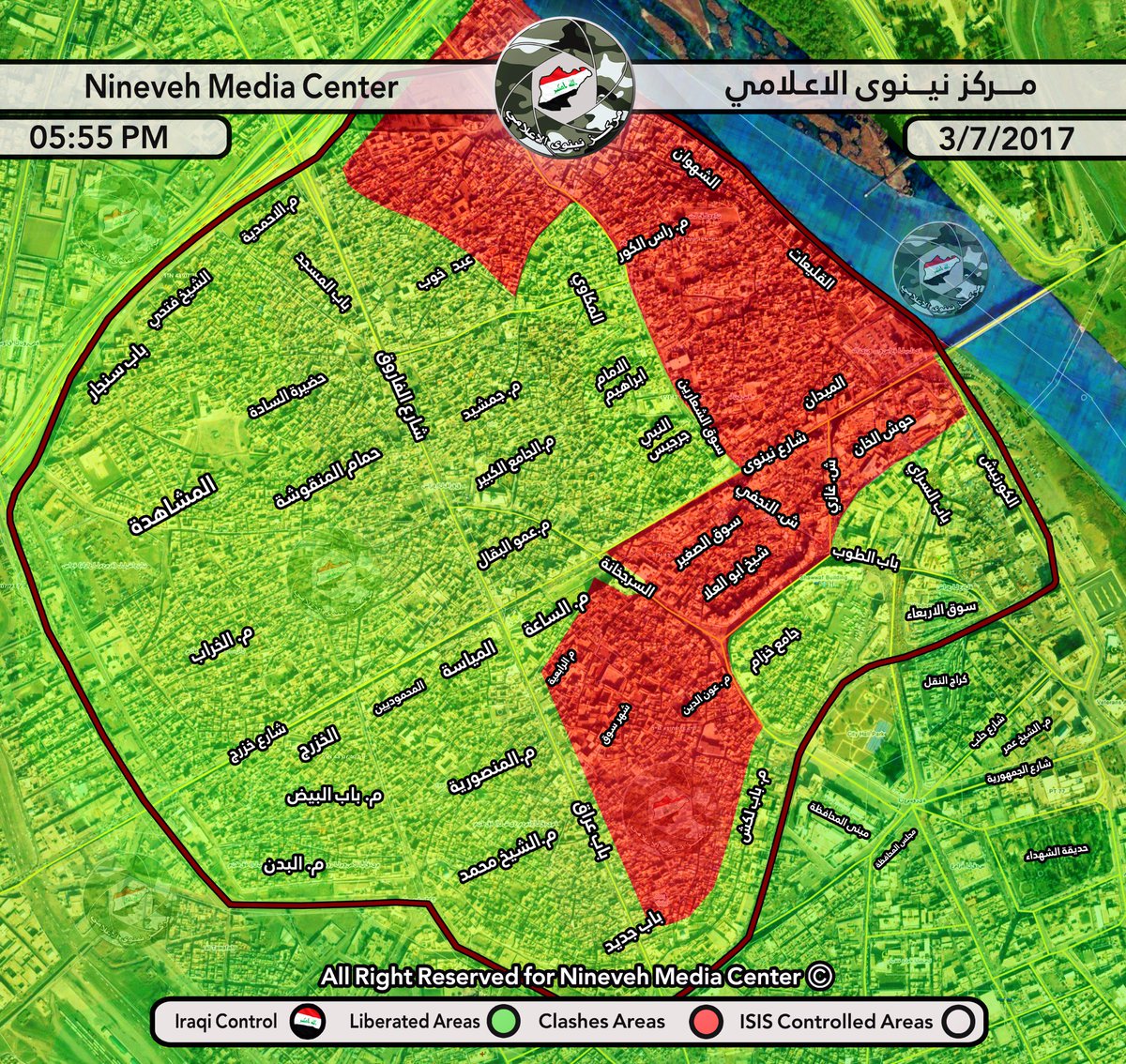 Islamic State raided Iraqi Army’s barracks on the road between Naft Khana and Khanaqin, killing five soldiers and destroying a Humvee, according to Amaq.

On the 2nd of July 2017 CJTF-OIR has conducted 18 strikes in Syria. CJTF-OIR‘s main focus in Syria at the moment is Raqqa region where they did 14 strikes supporting SDF‘s operations against IS destroying 10 fighting positions and a mortar system.