Hello and welcome to the 129th installment of the SWD.

Three Syrian Arab Army’s soldiers were reportedly killed by the mines left behind by Islamic State in the city of Maskanah.

Two rebel groups consisting of evacuees from Al-Waer district in Homs, now in rebel-held northern Aleppo, Kataib Abna al-Waer and Kataib Thuwar al-Waer, formed Liwa Maghawir al-Sham (“The Sham Commandos Brigade”). The newly-formed group is lead by Hisham Abu Abdo, and immediately after the formation of the group, it joined the ranks of Faylaq al-Sham.

Islamic State launched a big counterattack against Syrian Democratic Forces in Raqqa city, the former reportedly captured the southern part of 17th Division military base and most of Al-Sinaa and Al-Bitani districts.

Amaq’s statements from Raqqa claimed death of six SDF‘s fighters due to IS’ snipers in Al-Qadisiyah district. Two IS’ SVBIEDs targeted SDF in Romaniah district.

The city of Idlib was hit by a VBIED which reportedly targeted Jaysh al-Fatah’s checkpoint near a market in Al-Jalaa street, Al-Sulaybah district. Most of the casualties are security forces, but there is also a part of civilian casualties, preliminary reports suggest between five and 10 killed and a dozen of more wounded due to explosion.

One civilian was wounded in a dispute between the locals and Hayat Tahrir al-Sham’s fighters, the latter allegedly tried to arrest a woman for wearing makeup in Idlib city.

Faylaq al-Sham’s element, Abdullah Ghassan, “survived” an assassination attempt as an explosive device placed on his vehicle was dismantled.

Rebel “Daraa Martyrs Documentation Office” reported death of six Free Syrian Army’s fighters and one Hayat Tahrir al-Sham’s due to clashes with SAA across Daraa, confirmed rebel death toll since the 3rd of June is at least 51 fighters.

Iraqi forces penetrated deep into IS-held Old Mosul district and made advances in very dangerous salients. These salients could spell disaster for Iraqi forces, if Islamic State reorganizes and launches a serious counterattack in the district.

Islamic State blew up the Great Mosque of Al-Nuri in Old Mosul where Abu Bakr al-Baghdadi proclaimed his caliphate. According to Amaq Agency’s statement, CJTF-OIR‘s airstrike destroyed the mosque and its famous leaning minaret, Al-Hadba. 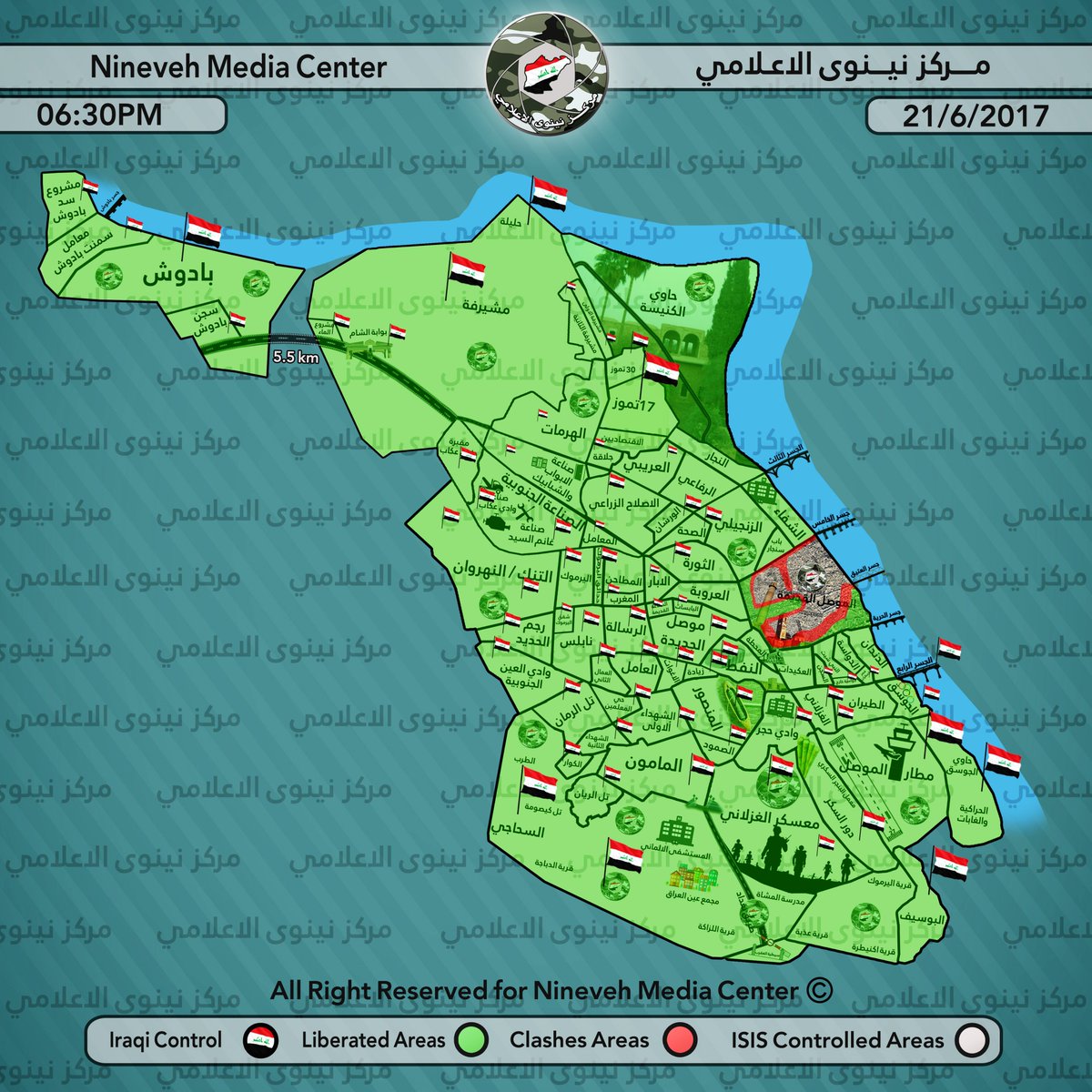 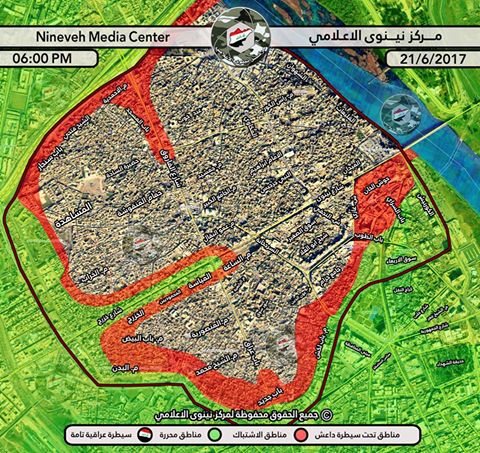 Unknown gunmen killed a cameraman of Islamic State’s Amaq Agency on the road near Ridaydh district, west of Krikuk. After the killing took place, Islamic State’s fighters in Hawija announced a state of emergency.

On the 20th of June 2017 CJTF-OIR has conducted 12 strikes in Syria. CJTF-OIR‘s main focus in Syria at the moment is Tabqa-Raqqa-Deir al-Zour region where they did 12 strikes supporting SDF‘s operations against IS destroying six fighting positions, three vehicles, three tactical vehicles, two mortar teams, a command and control node and a mortar cache.

Thirteen Filipino soldiers were reportedly killed and a dozen injured by Islamic State during the clashes in Marawi.