Hello and welcome to the 128th installment of the SWD.

Improvised explosive device exploded at Firqat al-Sultan Murad’s (Sultan Murad Divison) HQ in the city of Al-Bab. Explosion killed two commanders in the group, Fayez al-Droush (Abu Hilal al-Homsi) and Abu Omar al-Nimr, both from Homs. Over a dozen of fighters were also injured in the explosion, including Abu Hamza al-Droush and Hilal al-Droush.

Syrian Democratic Forces are being accused of allegedly arresting 25 civilians who live in Afrin and are from SAA-held Nubl and Zahraa. This move by SDF, reportedly led to the closure of the roads between SAA-held areas and SDF-held Afrin “canton”.

Clashes are still ongoing in a number of districts in Raqqa between SDF and IS, the latter launched a counterattack in Al-Baytani district. IS’ death toll for Raqqa today is reportedly at least 30 fighters. 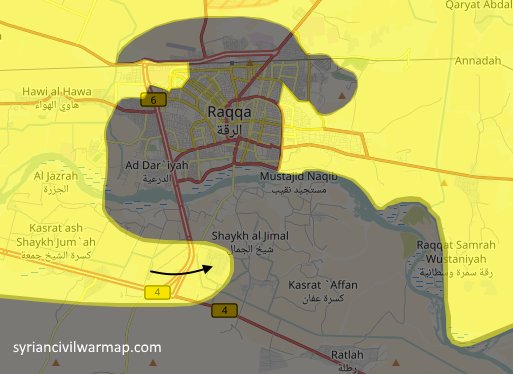 The armed pro-regime Shaheed-129 UAV was shot down by a U.S. F-15E Strike Eagle at approximately 12:30 a.m. after it displayed hostile intent and advanced on Coalition forces.

The Coalition forces were manning an established combat outpost to the northeast of At Tanf where they are training and advising partner ground forces in the fight against ISIS. This is the same location where another pro-regime UAV dropped munitions near Coalition forces before it was shot down, June 8.

The Coalition has made it clear to all parties publically and through the de-confliction line with Russian forces that the demonstrated hostile intent and actions of pro-regime forces toward Coalition and partner forces in Syria conducting legitimate counter-ISIS operations will not be tolerated.

Syrian Arab Army launched an attack west of Daraa and briefly captured air defense battalion from rebels. Rebels quickly recaptured the locality from SAA, the latter reportedly lost a dozen of soldiers. At least four SAA‘s were captured and one T-72 and BMP-1 seized by rebels.

Rebel “Daraa Martyrs Documentation Office” reported death of seven Free Syrian Army’s fighters due to clashes with SAA across Daraa, confirmed rebel death toll since the 3rd of June is at least 44 fighters.

Hayat Tahrir al-Sham’s commander, known as Abu Muthanna, was killed by an improvised explosive device which targeted his vehicle, on the road between Al-Najeh and Al-Lajah.

General situation in Daraa city, HD version of this map can be found here. Source: Vasto

Iraq Joint Operations officially announced capture of the southern part of Al-Shafaa district and several other localities by Iraqi forces from Islamic State. IS reportedly lost around 30 fighters during the clashes in Al-Shafaa

Amaq Agency claimed destruction of a Humvee and death of four Iraqi soldiers due to IS’ snipers in Al-Shafaa district and Bab al-Bayd neighborhood. 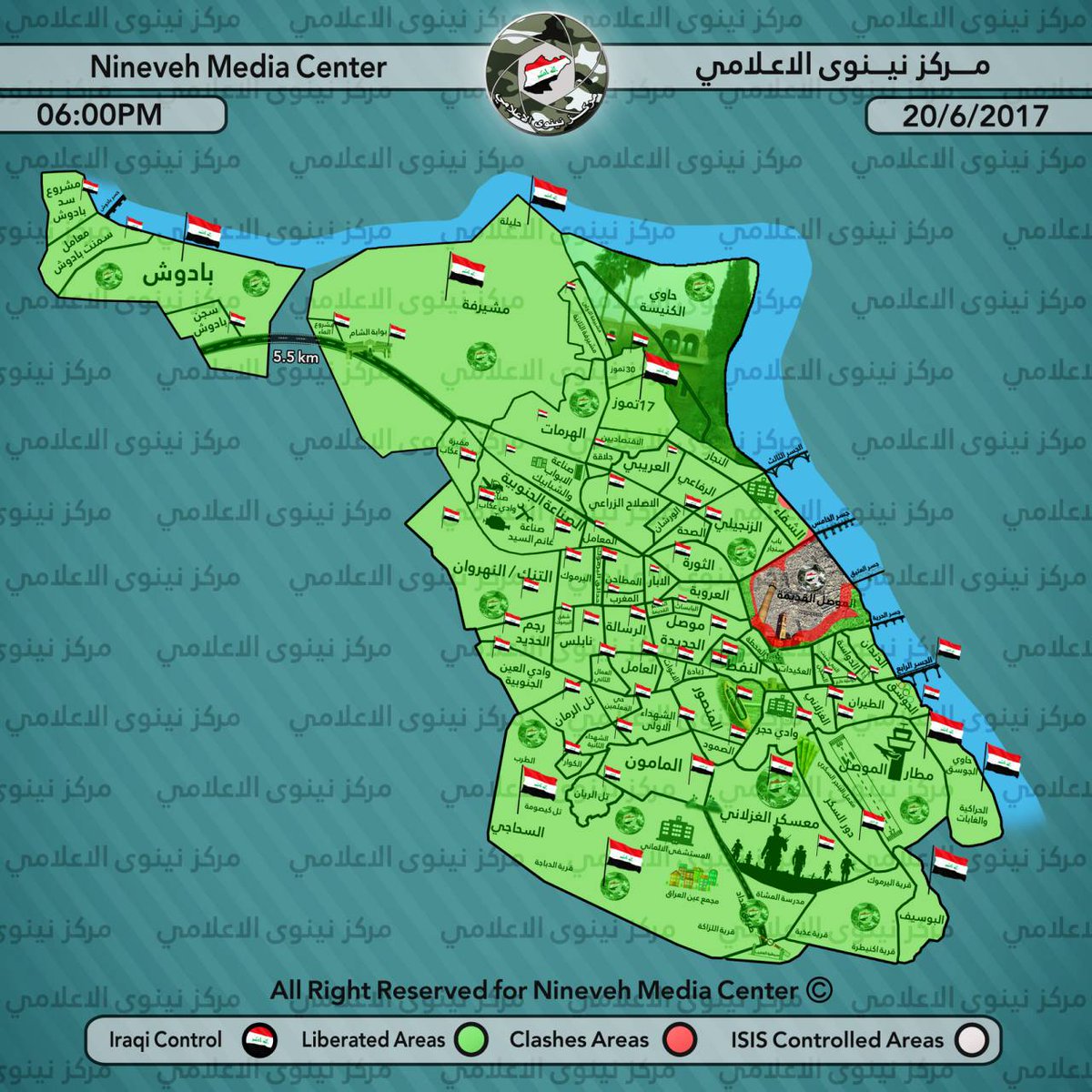 On the 19th of June 2017 CJTF-OIR has conducted eight strikes in Syria. CJTF-OIR‘s main focus in Syria at the moment is Tabqa-Raqqa-Deir al-Zour region where they did eight strikes supporting SDF‘s operations against IS destroying 15 fighting positions and a vehicle.

Amaq reported death of seven Filipino soldiers due to clashes with Islamic State’s groups in Baling district, Marawi. According to Phillippines’ authorities, 258 IS’ fighters and 65 Filipino soldiers were killed in clashes in Marawi.