Hello and welcome to the 126th installment of the SWD.

US-led CJTF-OIR downed Syrian Arab Air Force’s warplane south of Tabqah, warplane was reported as an SU-22. Syrian warplane flew over SDF‘s position and was most likely deemed as a danger to US’ partner forces on the ground. News about US’ downing Syrian warplane were confirmed by the General Command of the Syrian Armed Forces, and Syrian Ministry of Defense, however, official US’ channels dedicated to Syria are still silent on the subject.

After the Syrian warplane was downed, reports surfaced about Syrian Democratic Forces and Syrian Arab Army clashing south of Tabqa. 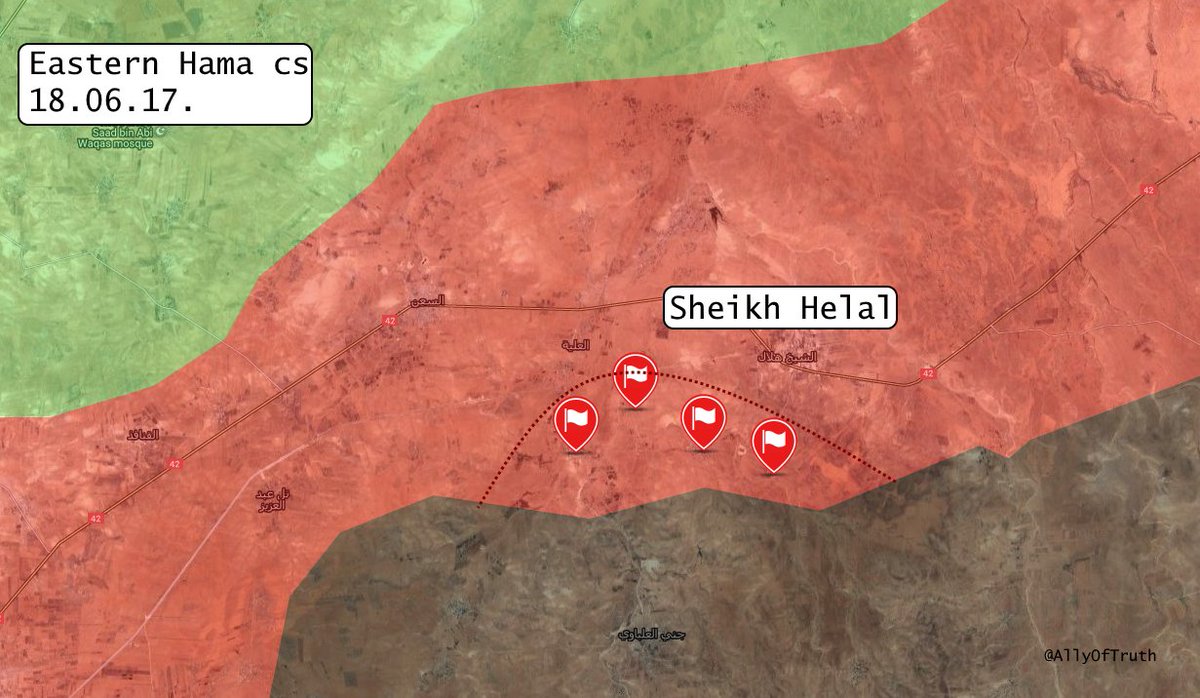 Rebels based in North Homs pocket raided the village of Hosh Qubaybat, the raid consisted of Hayat Tahrir al-Sham, and Jaysh al-Tawhid, part of Jabhat al-Aisalat wa al-Tanmia (Authenticity and Development Front). Rebels reportedly seized weapons and a tank before withdrawing from the village which was then hit by airstrikes. During the raid, rebels lost at least one fighters.

Iraqi forces launched an assault against the remaining IS-held parts of west Mosul, which are, Al-Shafaa and Old Mosul districts, along with neighborhoods in Old Mosul. Before the assault started, a group of Islamic State’s fighters reportedly surrendered themselves at the outskirts of Old Mosul.

On the 17th of June 2017 CJTF-OIR has conducted 15 strikes in Syria. CJTF-OIR‘s main focus in Syria at the moment is Tabqa-Raqqa-Deir al-Zour region where they did 13 strikes supporting SDF‘s operations against IS destroying an IS well head, 12 fighting positions, two tunnels and a VBIED.

Other area where two airstrikes occurred is Palmyra destroying six oil tanks and two tanks. Full report on CJTF-OIR strikes conducted in both Syria & Iraq can be found here.