Hello and welcome to the 104th installment of the SWD.

SAA also made advances around Maskanah capturing villages of Al-Qari and Al-Bouduna as well as Maskanah Train Station and its surrounding area.

Situation around Maskanah, HD version of this map can be found here. Source: Vasto

Syrian Arab Army captured Al-Ulainiyah and surrounding area from Free Syrian Army factions based in southeastern Syria. Unlike the previous false reports from two days ago, this time, Syrian Ministry of Defense reported the capture of the aforementioned locality. 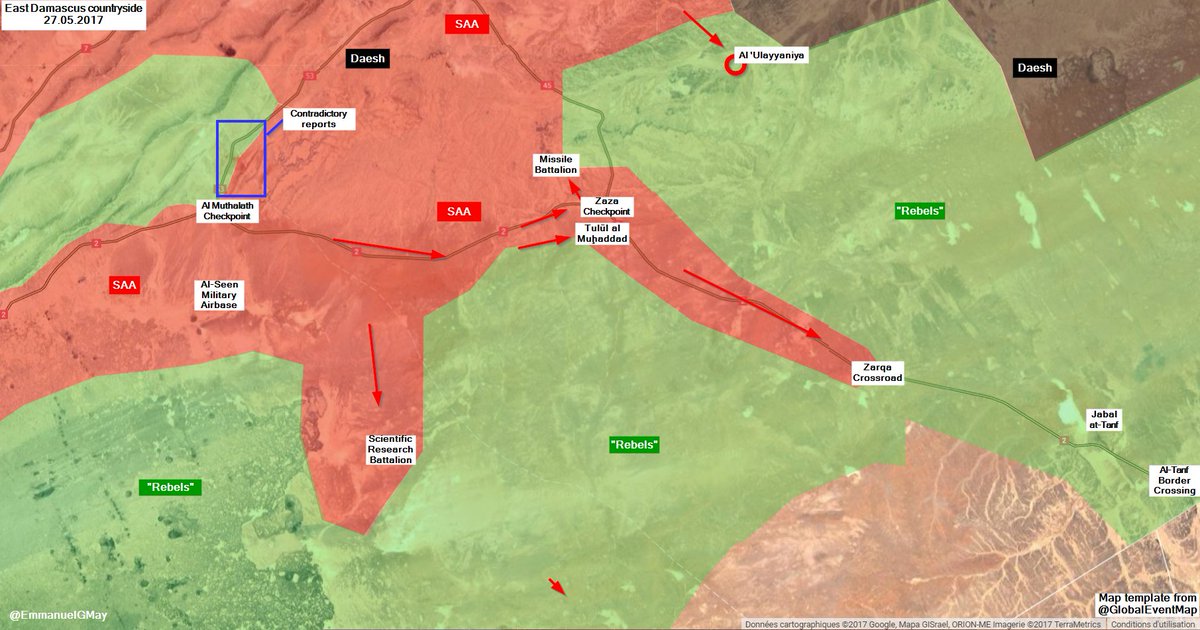 SAA & allies repelled yesterday’s FSA attack in Al-Zuluf area, but the latter launched another attack on the area. Pro-rebel sources claimed SAA lost a BMP, a Gvozdika and a MRLS in clashes with the rebels around Al-Zuluf Dam.

Iraqi forces launched a final assault on the remaining IS-held districts in west Mosul, operation has started to fully secure the districts of Al-Shafaa, Al-Zanjili, Al-Saha and Old Mosul. After the first day, Iraqi forces reportedly captured 50% of the first part of Al-Shafaa district and around 30% of Al-Zanjili. Some of the localities captured today include Mosul’s third bridge, Ibn Sina hospital and Mosul International Hotel. 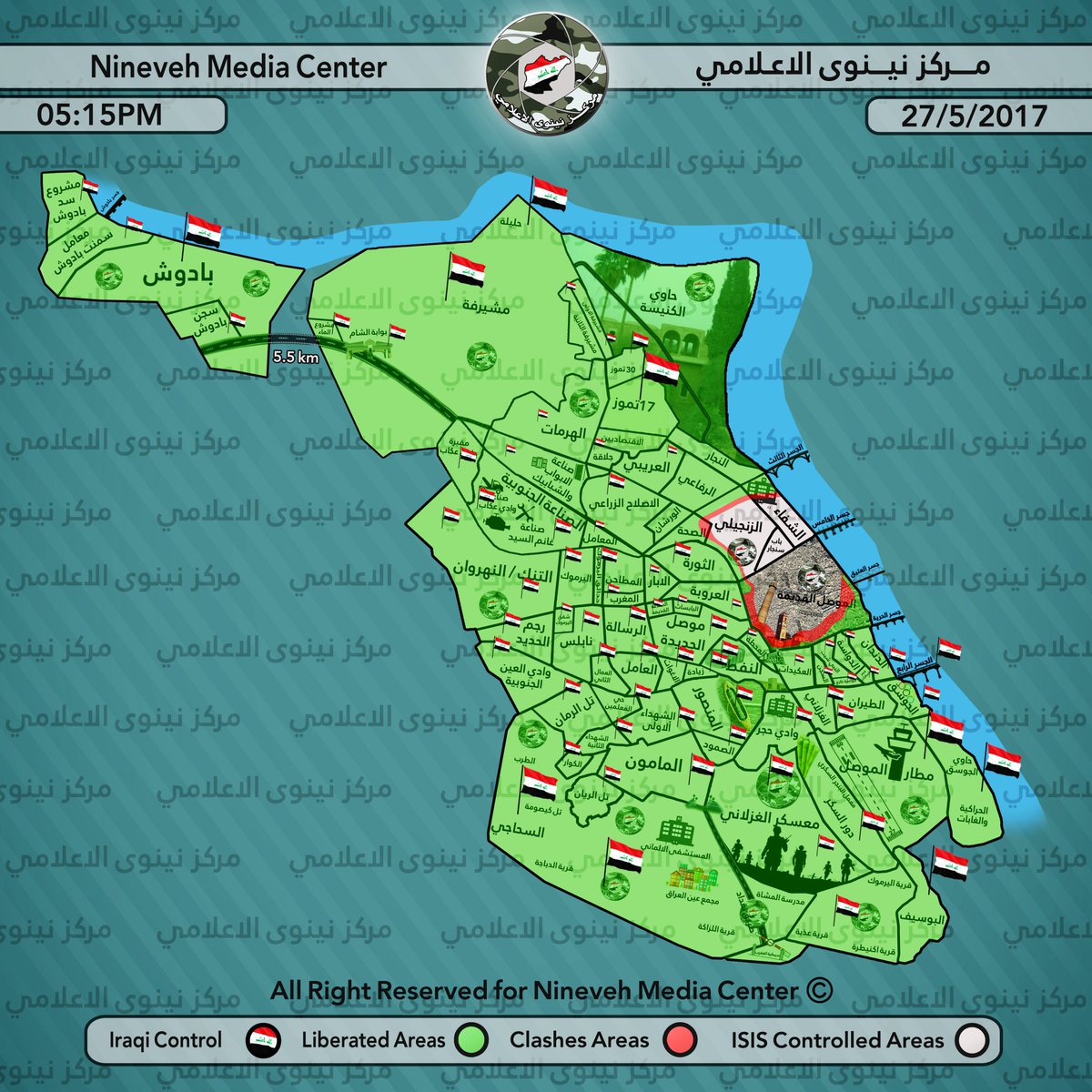 US service member who died yesterday due to injuries sustained during a vehicle roll in northern Syria has been identified as Etienne J. Murphy. He was a member of the Bravo Company, 1st Battalion, 75th Ranger Regiment

After yesterday’s report from Embassy of the United States in Baghdad about three senior Islamic State commanders being killed in Iraq and Syria, CJTF-OIR‘s news release describes the commanders as:

Mustafa Gunes, a Syria-based ISIS external operations facilitator from Turkey, was killed by a coalition airstrike near Mayadin, Syria, 27 April. He was identified as an ISIS recruiter in the central Turkish city of Konya. Gunes was linked to facilitating financial support for planning attacks outside Syria and Iraq against the West.

Abu Asim al-Jazaeri, an ISIS external operations planner and a Syria-based French-Algerian ISIS fighter, was killed by a Coalition airstrike near Mayadin, Syria, May 11. Al-Jazaeri was involved in training a new generation of ISIS youths, called the Cubs of the Caliphate, a high priority training program sanctioned by ISIS leadership.

On the 26th of May 2017 CJTF-OIR has conducted 18 strikes in Syria. CJTF-OIR‘s main focus in Syria at the moment is Tabqa-Raqqa-Deir al-Zour region where they did 16 strikes supporting SDF‘s operation against IS destroying four IS well heads, an IS boat, seven vehicles, five fighting positions, three tunnels, an IS headquarters and an ISIS staging area.

Other area where two strikes occurred is Abu Kamal destroying a vehicle and an IS media center. Full report on CJTF-OIR strikes conducted in both Syria & Iraq can be found here.