Hello and welcome to the 97th installment of the SWD.

Kataib al-Muntasir Billah, part of TFSA released footage apparently showing three captured SAA fighters. The fighters were captured as they were reportedly trying to infiltrate an area east of Al-Bab.

Citizens of Al-Bab protested against Turkey bulldozing homes in order to build a military base in Sheikh Aqil area. First reports about Turkey building a military base in that area were spread on the 28th of February and considered to be rumors. Video from the protest can be found below.

Syrian Democratic Forces repelled Islamic State’s attack on Al-Mazloum west of Raqqa. Bad weather conditions are slowing down SDF‘s offensive. Islamic State tried to exploit the bad weather in order to regain part of the lost territory but SDF was prepared for counterattacks.

According to a statement released by Amaq Agency, SDF commander was killed along with one more SDF fighter by an improvised explosive device. The incident reportedly occurred on the road between Al-Kantar and Suluk. 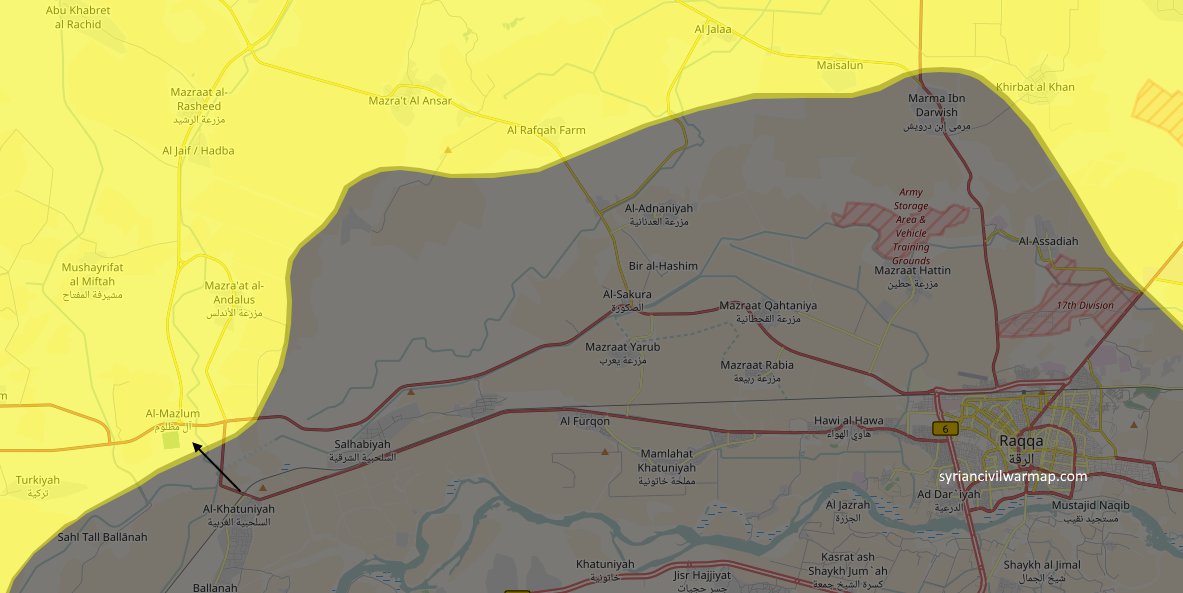 Islamic State launched an attack and detonated an improvised explosive device against SDF south of Al-Shaddadi.

NRT English published a report about Norway deploying forces on the border between Iraq and Syria. Report also states that Iraqi commander Shakir Obeid said Norway was assigned as the protector of Al-Tanf border crossing with Iraq. This report if true, confirms the presence of Norway’s forces with rebel group Maghawir al-Thawra, besides the already known US’ and British forces.

Amaq Agency released a statement claiming Islamic State launched an attack against SDF east of Al-Kabir, northwest of Deir al-Zour. In the attack four SDF fighters were killed and two vehicles along with weapons seized.

Third batch of evacuees left rebel pocket of Barzeh towards Idlib. The batch consisted of around 1600 civilians and 1100 rebels.

Syrian Arab Army backed by allies made a big push against rebel factions located in eastern Al-Suwayda governorate. The advance occurred along the Jordanian border, since this area is almost deserted, a faction that controls few localities in the area gets to control the vast uninhabited area surrounding it. SAA reportedly captured Khirbet Nmara and Zuluf Dam from rebels.

According to several sources Iraqi Army captured 17 Tammuz district in west Mosul from Islamic State. This announcement should be taken with a grain of salt until officially confirmed by Iraq Joint Operations. Besides 17 Tammuz district, Al-Rabie neighborhood was also reported as captured by the Army.

Islamic State reportedly executed 17 of their individuals in west Mosul. The individuals were executed because they deserted their positions avoiding confrontation with advancing Iraqi forces. 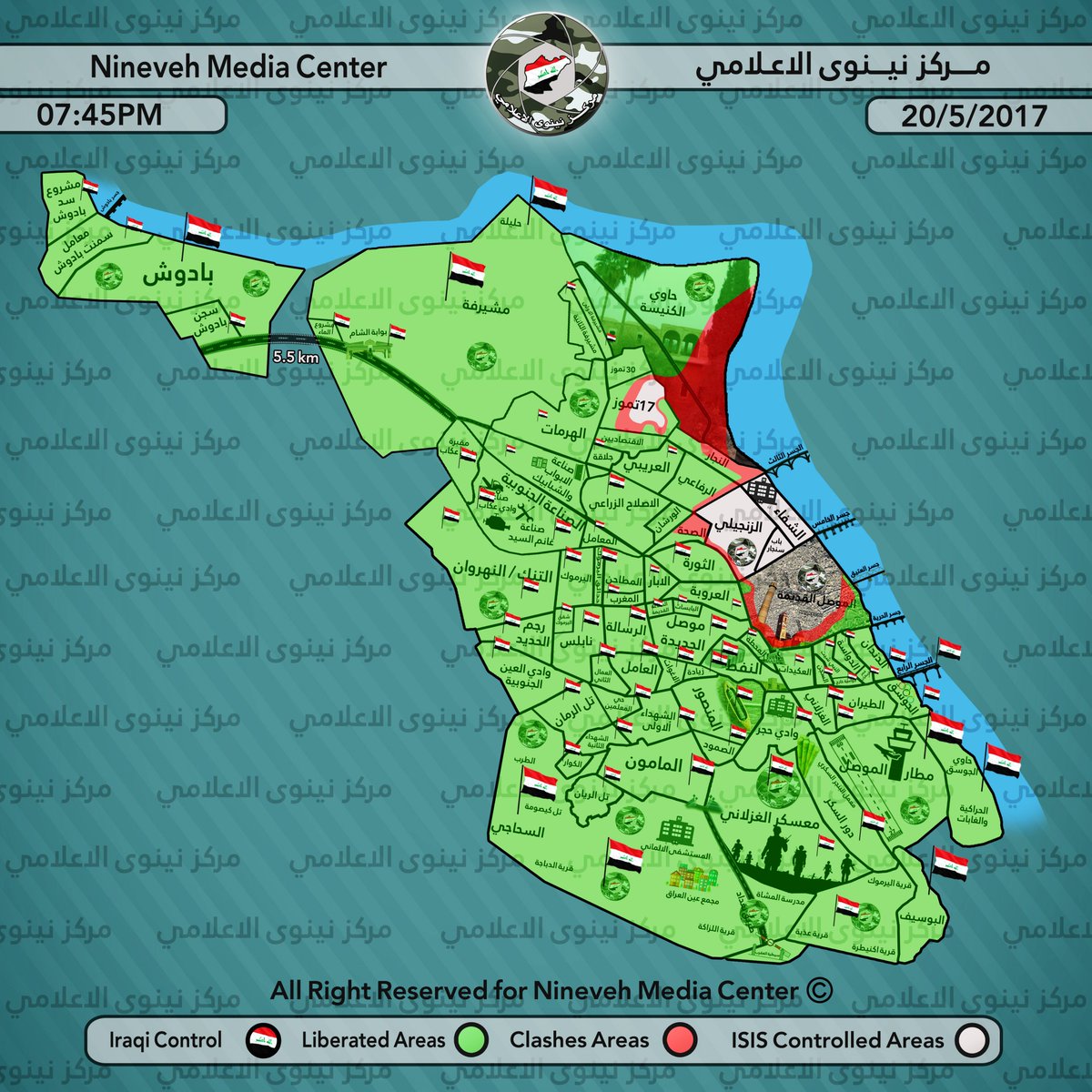 On the 20th of May 2017 CJTF-OIR has conducted four strikes in Syria. CJTF-OIR‘s main focus in Syria at the moment is Tabqa-Raqqa-Deir al-Zour region where they did four strikes supporting SDF‘s operation against IS destroying three oil trucks, two fighting positions and a heavy machine gun.