Hello and welcome to the 94th installment of the SWD.

Syrian Democratic Forces captured Annadah, Tall Zaidan and Thoul Nail from Islamic State east of Raqqa while clashes are still ongoing in Raqqat al-Samrah as SDF is trying to advance.

An improvised explosive device exploded on the road between Salqin and Isqat causing no casualties.

Syrian Arab Army tried to advance against rebels in the northern part of Al-Manashiyah district in Daraa, no advances were reported just reports about clashes taking place.

Iraqi Air Force targeted Islamic State’s convoy in western Nineveh desert as it arrived from Syria reportedly killing more than 40 IS’ fighters. Convoy consisted of dire reinforcements for Islamic State in Nineveh governorate as they are getting seriously pushed back by the Iraqi forces. 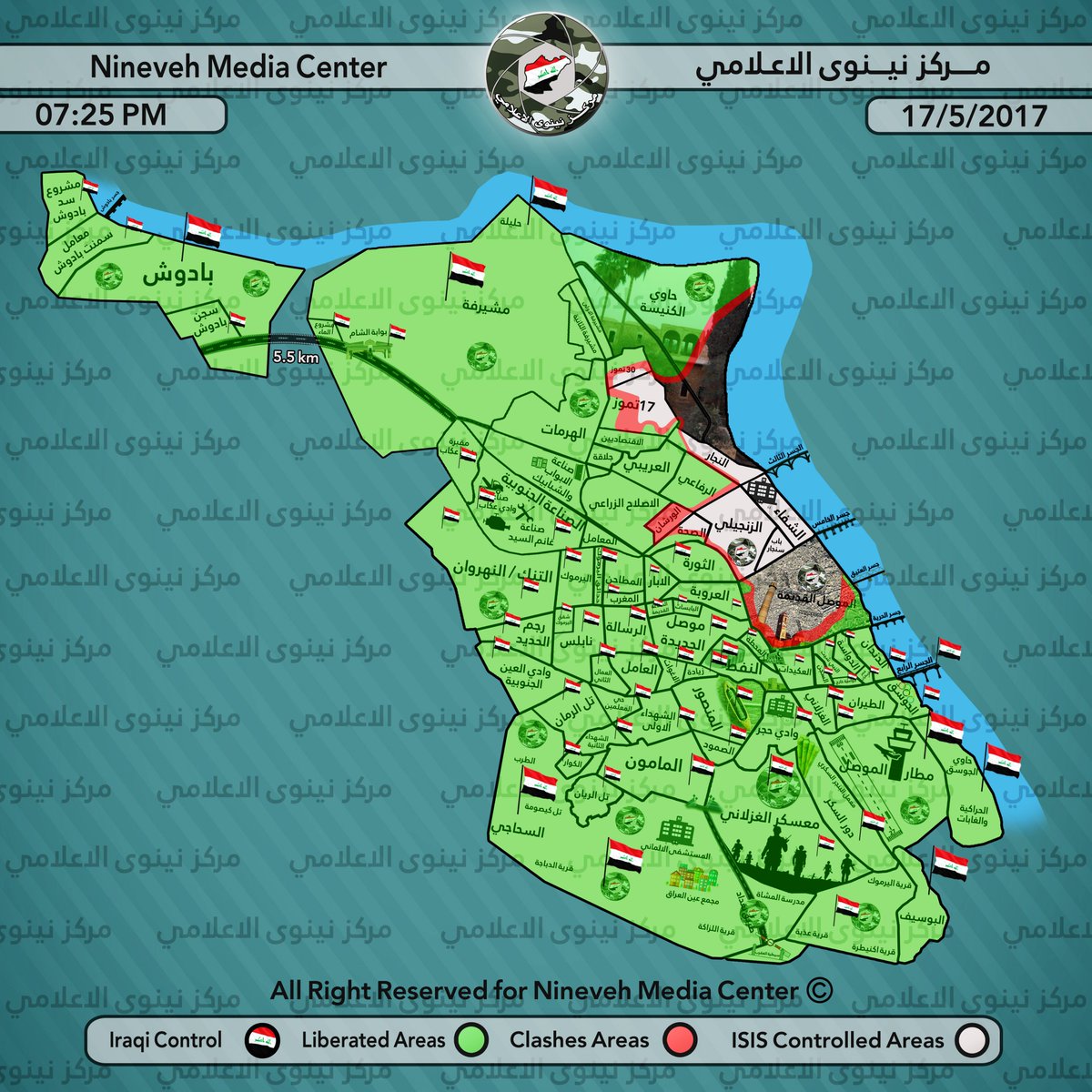 Iraqi court in Babil has sentenced to death two Islamic State’s members for participating in Hillah suicide truck bombing in 2016 which killed and wounded more than 100 civilians.

On the 16th of May 2017 CJTF-OIR has conducted 17 strikes in Syria. CJTF-OIR‘s main focus in Syria at the moment is Tabqa-Raqqa-Deir al-Zour region where they did 15 strikes supporting SDF‘s operation against IS destroying four IS wellheads, three IS pump jacks, four vehicles, four fighting positions, a tactical vehicle, two vehicle bombs, a front-end loader and a supply cache; and damaging an IS supply route.

Other area where two strikes occurred is Abu Kamal destroying two IS wellheads. Full report on CJTF-OIR strikes conducted in both Syria & Iraq can be found here.