Hello and welcome to the 91st installment of the SWD.

Liwa al-Fatah, subgroup in Jabhat al-Shamiyah part of TFSA confirmed that one of its fighters was killed and three more wounded when a missile landed next to one of its mortar warehouses in the village of Talil al-Sham near Azaz. Confirmation of this event was transmitted by Abdul Karim Qarindil military commander in the group without mentioning the size of material damage caused by the missile.

SDF captured Atashana, Al-Rasheed and Al-Malali villages from Islamic State north of Raqqa. It appears that after all SDF isn’t going to make IS’ pocket on the western axis yet as they’ve directly attacked localities in the area, reason for that could be because Islamic State’s resistance is weaker and number of fighters fewer than believed.

However this does not mean that IS is defenseless as one of its improvised explosive devices reportedly killed two SDF fighters in Maysaloun (Mayselum) village, north of Raqqa. Furthermore an Islamic State’s suicide bomber detonated himself against SDF in the village of Shenneh (Shanina) also north of Raqqa.

Amaq Agency reported destruction of SDF‘s vehicle with a guided missile killing everyone on board in Tel Bashair southeast of Al-Shaddadi.

An improvised explosive device exploded on the road between Saraqib and Ariha causing no casualties.

Around 700 rebels and 1200 civilians were evacuated from Qaboun towards Idlib, close to 500 people settled their cases with the Syrian government and will remain in the neighborhood.

Islamic State conducted four suicide attacks against Iraqi Special Operations Forces in Al-Aerebi district, four SVBIEDs destroyed a Humvee, a BMP, a T-72 tank and a bulldozer, damaged two Humvees and killed over a dozen of soldiers according to several Amaq statements. 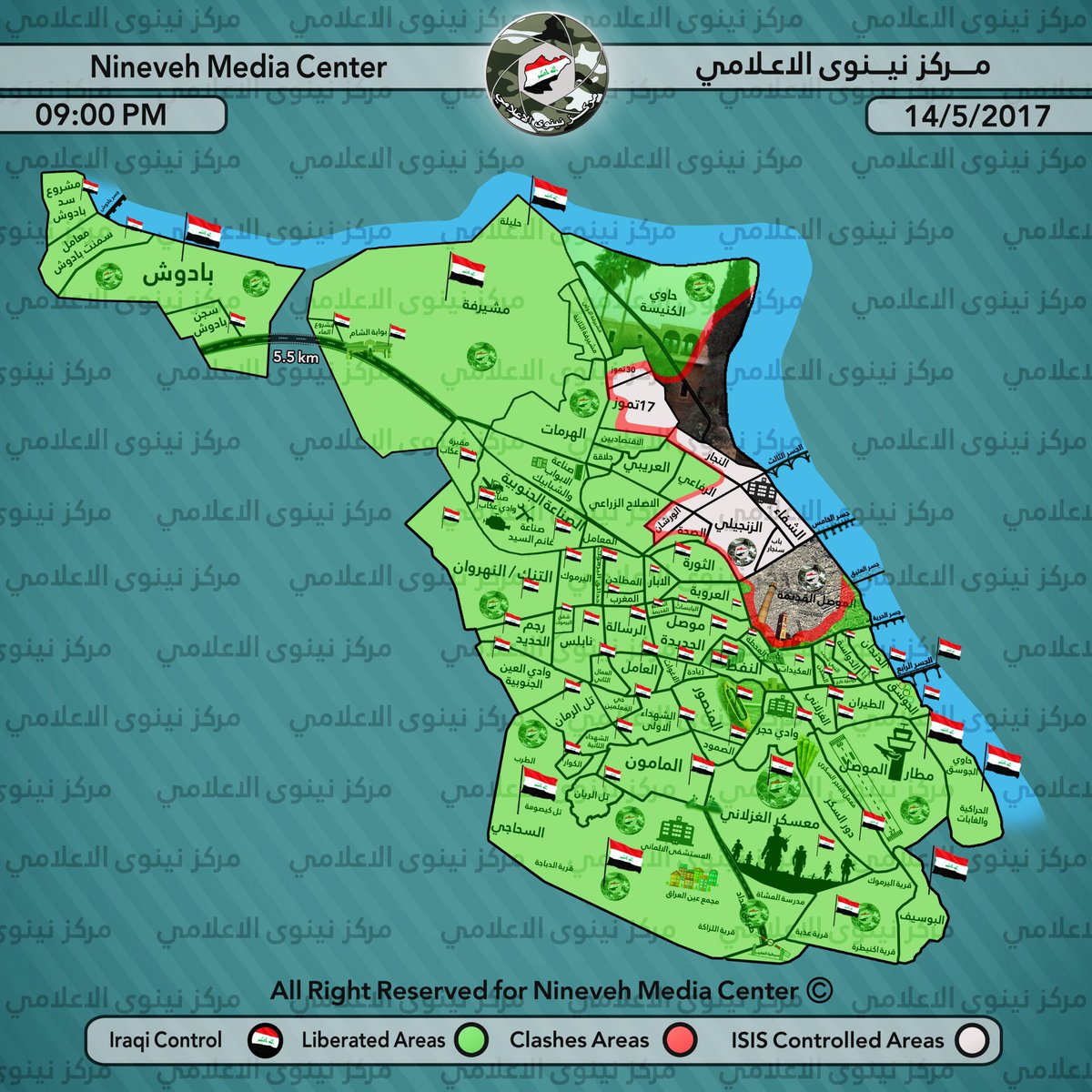 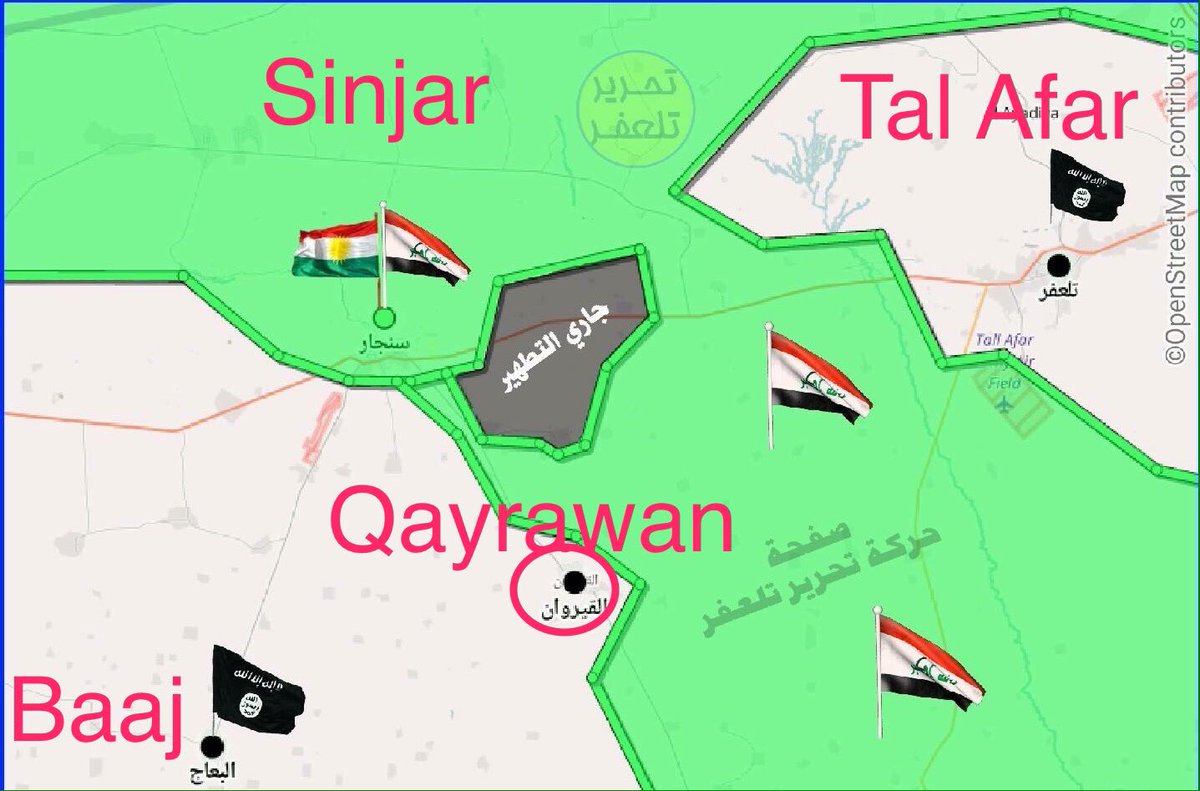 Islamic State detonated a VBIED in Al-Rubaie street, Karrada district central Baghdad causing six casualties among the civilians. According to Amaq the VBIED targeted gathering of Shia Muslims which constitute the majority of district’s population.

Iraqi security forces closed all checkpoints leading in and out of Abu Ghraib west of Baghdad as the search is in progress for the wanted individual, most likely a member of Islamic State’s sleeper cell.

On the 13th of May 2017 CJTF-OIR has conducted 15 strikes in Syria. CJTF-OIR‘s main focus in Syria at the moment is Tabqa-Raqqa-Deir al-Zour region where they did 13 strikes supporting SDF‘s operation against IS destroying 16 IS oil tankers, two pieces of IS oil processing equipment, four fighting positions, two vehicles, a front-end loader, an IS crane, a house-born improvised explosive device and a tactical vehicle.

Other areas where two strikes occurred are Abu Kamal and Hawl destroying an IS wellhead, a vehicle and a vehicle bomb. Full report on CJTF-OIR strikes conducted in both Syria & Iraq can be found here.