Hello and welcome to the 77th installment of the SWD.

Syrian Democratic Forces made huge advances in Tabqa city against IS capturing six neighborhoods: Al-Musahr, Abu Ayish, Al-Mahaje, Al-Busaraba, Al-Kasara and Al-Kanisat al-Ashouriyeh. After these advances most of Tabqa is now under SDF with only northern parts being still under IS control. Still unconfirmed reports suggest that SDF captured Ishtiraqiyah neighborhood northwestern Tabqa.

Amaq Agency’s releases from Tabqa include two statements, first one stating that IS has downed US drone west of Tabqa and second reporting destruction of SDF bulldozer by an ATGM. 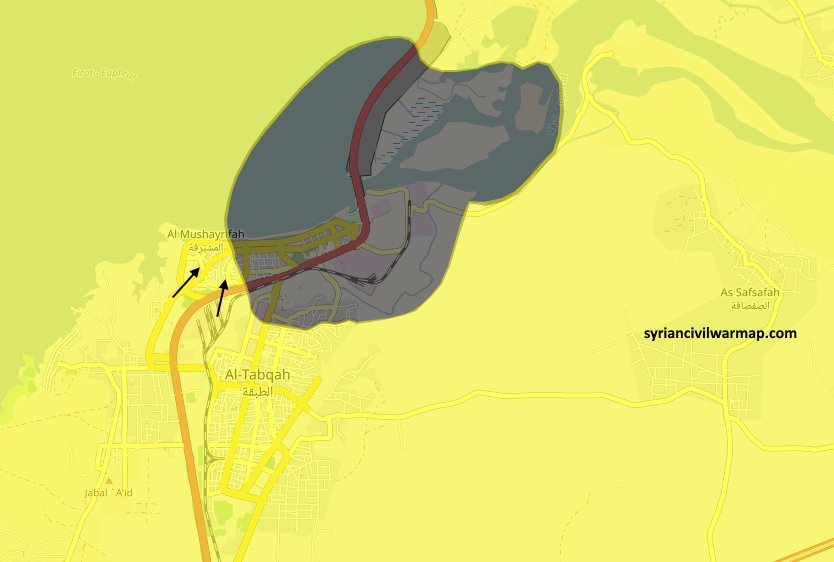 Seventh batch of rebels and civilians left Al-Waer neighborhood in Homs towards Idlib, number of fighters evacuated is reportedly 400 along with their families. 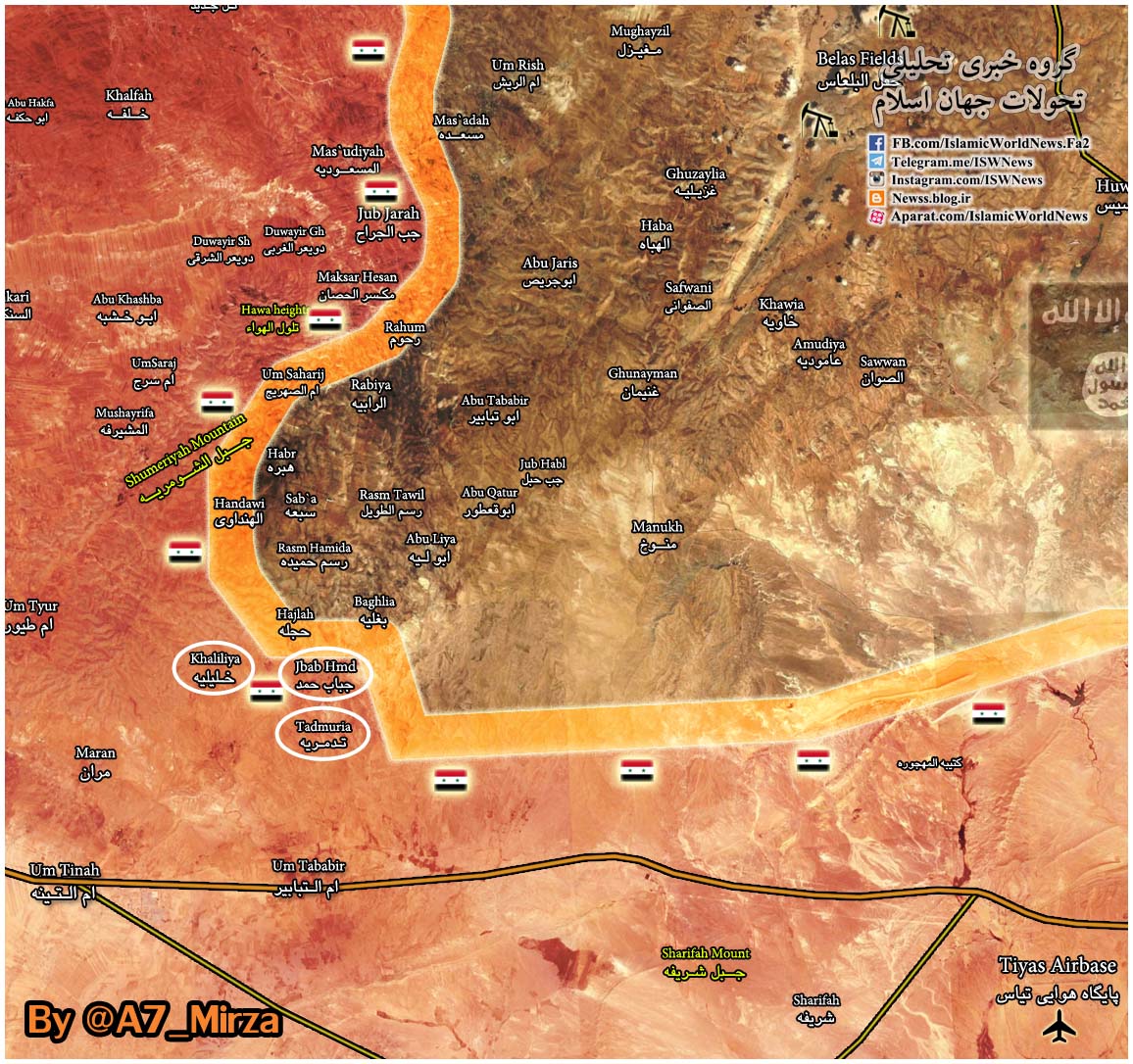 Rebel group Maghwar al-Thawra, ex New Syrian Army advanced deep into IS-held territory and captured Al-Humaymah northwest of T2 airport & pumping station. Rebels are allegedly embedded with US and Jordanian special forces and their objective is to secure Syrian-Iraqi border preventing Al-Hashd al-Shaabi from aiding Syrian Government against rebels once they are done in Iraq. 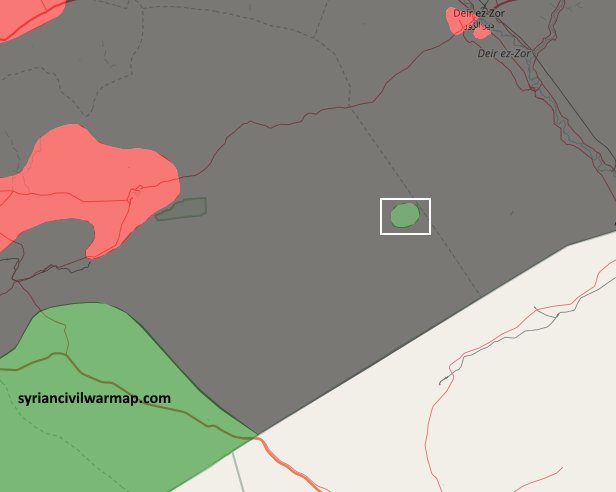 Third day of rebel infighting in East Ghouta was the quietest one so far with little reports about clashes. Hayaat Tahrir al-Sham reportedly sent an SVBIED towards Jaysh al-Islam’s positions around Arbin. Faylaq al-Rahman’s convoy retreating from Al-Nashabiyah clashed with Jaysh al-Islam in Beit Naim, the latter was forced to use tanks during the clashes. 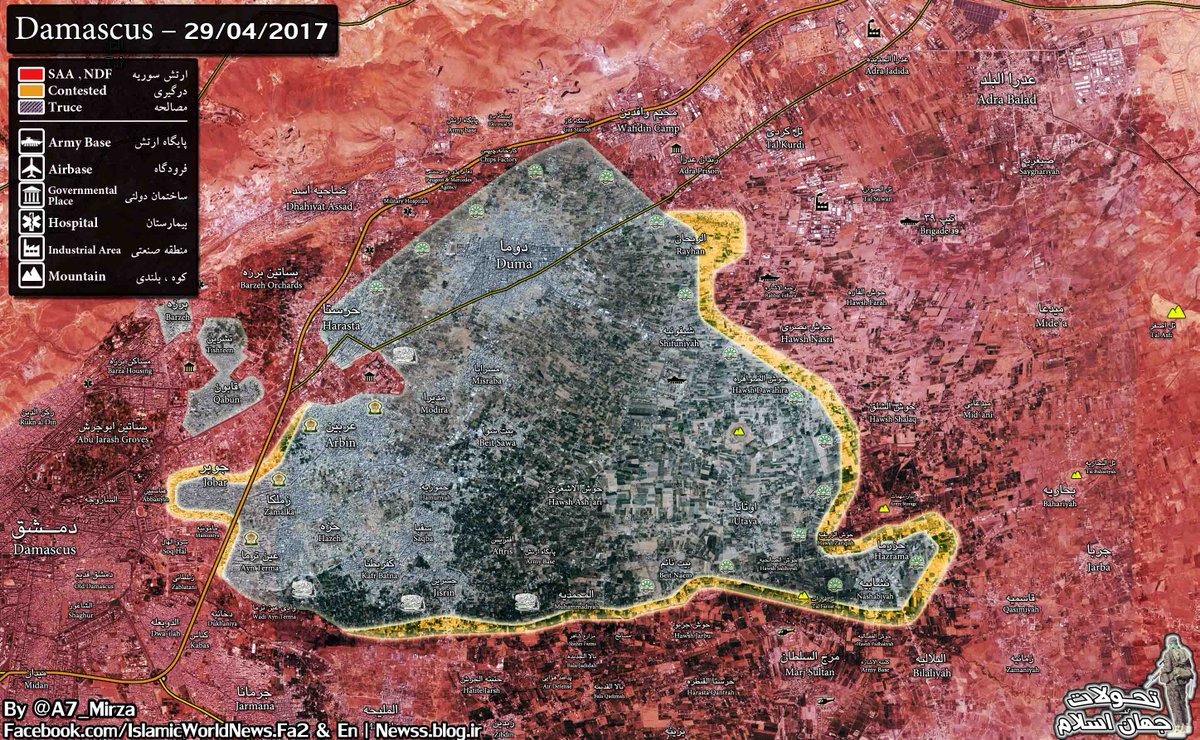 At least four IS fighters have infiltrated Iraqi Army-controlled Al-Mamun district in west Mosul, search is in progress and civilians are asked to be careful. 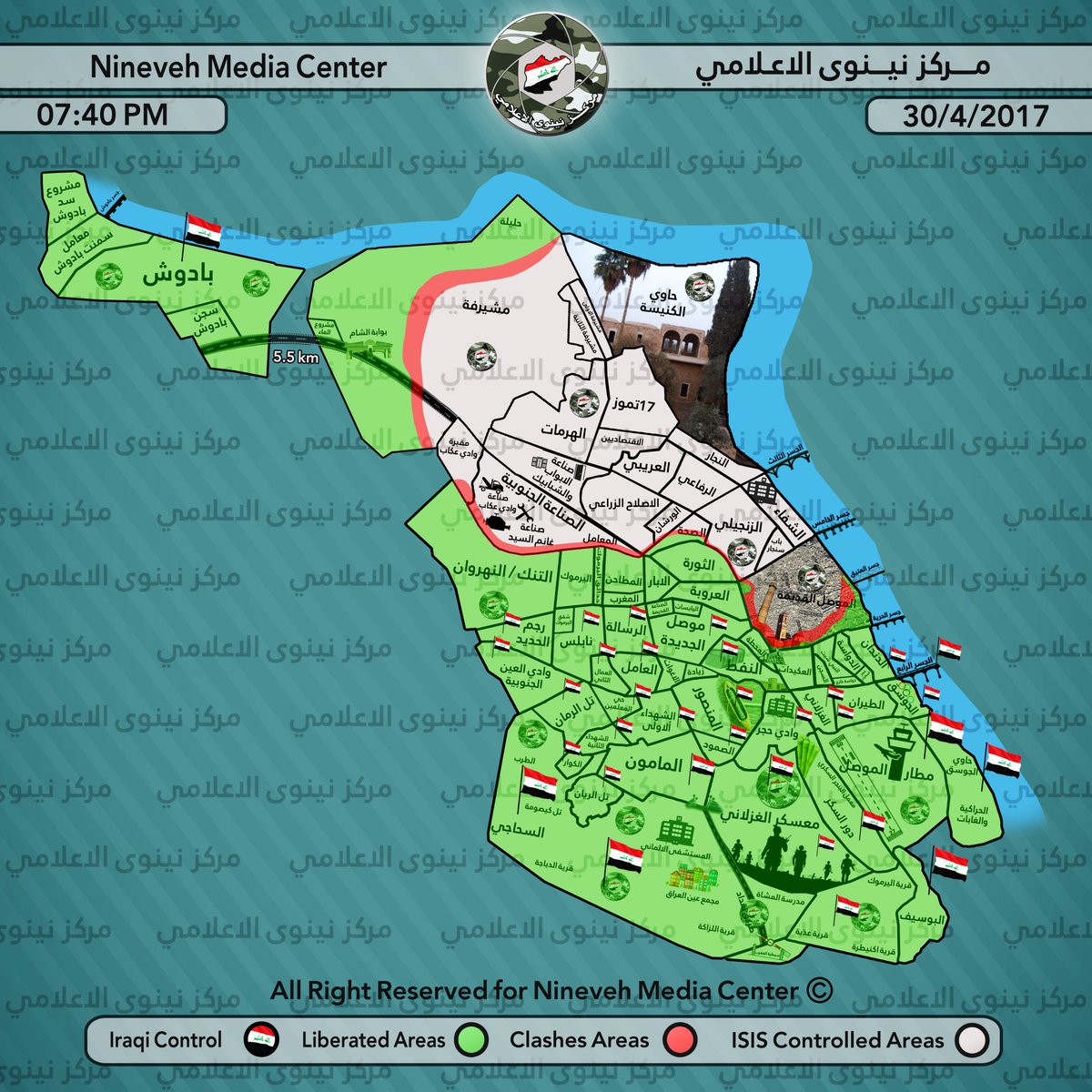 Iraqi Air Force struck a gathering of IS’ “Wilayat Baghdad” and a meeting between IS commanders in Al-Qaim close to Syrian border. Number of killed IS fighters due to airstrikes is around 30.

IS SVBIED targeted a checkpoint at the entrance to Jurf al-Nasr (previously known as Jurf al-Sakhar), southwest of Baghdad. Casualty numbers state at least one dead and 11 wounded in the attack.

Counterinsurgency operation by Iraqi Army and Al-Hashd al-Shaabi which started on 26th of April in Mutaibijah east of Samarra has killed more than 50 IS fighters.

On the 29th of April 2017 CJTF-OIR has conducted 24 strikes in Syria. CJTF-OIR‘s main focus in Syria at the moment is Tabqa-Raqqa-Deir al-Zour region where they did 19 strikes supporting SDF‘s operation against IS destroying 21 IS boats, three barges, two IS well heads, an IS oil storage tank, an explosives cache, a front-end loader, seven fighting positions and four vehicles.

Other areas where five strikes occurred are Abu Kamal, Shadaddi and Palmyra destroying four IS oil storage tanks, two IS well heads, a vehicle bomb and a front-end loader. Full report on CJTF-OIR strikes conducted in both Syria & Iraq can be found here.