Hello and welcome to the 58th installment of the SWD.

SAA and Liwa al-Quds were able to capture some territory from rebels during the second day of their offensive. On Al-Tamourah axis Khirbet Andan was captured southeast of Al-Tamourah. On the Al-Zahraa, west Aleppo axis Tall Shuwehneh west of Al-Zahraa was captured.

Pro-rebel sources have denied that pro-government made any advances northwest of Aleppo and reported that all attacks have been repelled. Since these advances are being disputed it is best to keep them unconfirmed for now until evidence is provided by either side confirming their control over locality.

Even if today’s attacks by SAA and Liwa al-Quds were repelled by rebels, strategy that is going to be used by attacking force was revealed and confirmed what many have speculated, SAA will encircle rebel-held towns in Anadan plains northwest of Aleppo. 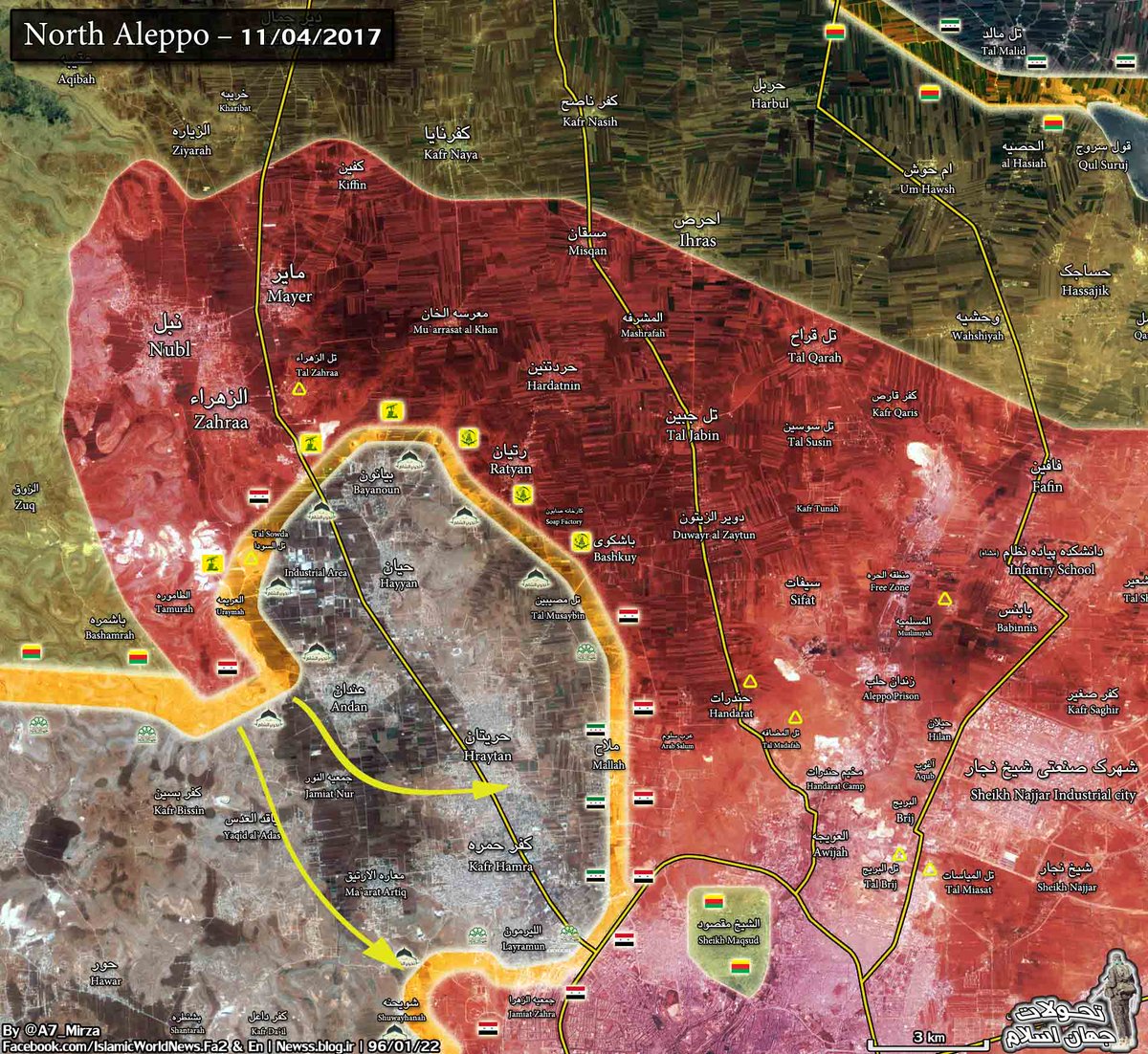 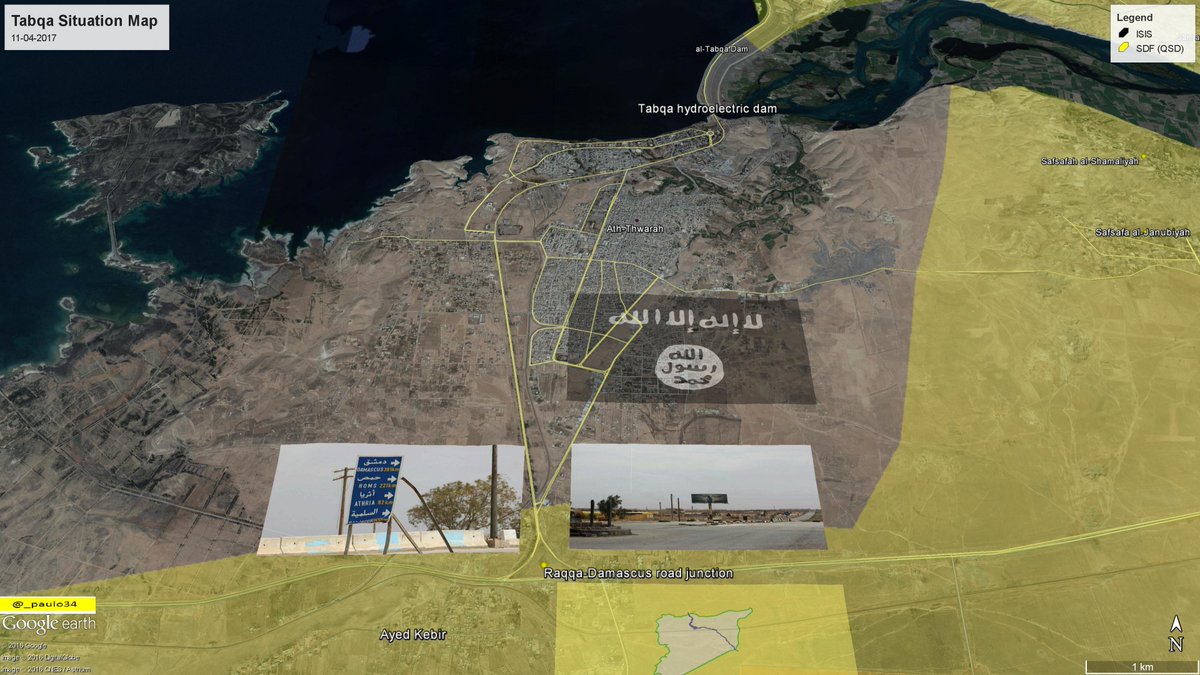 SAA has captured Qasr al-Halabat and Jabal Abtar south of Palmyra and in the vicinity of the yesterday captured Syriatel. This operation appears to be aimed at capturing Damascus-Palmyra road and connecting to Al-Seen Air Base.

Another aim of this operation could be preventing rebels in eastern Qalamoun from reaching those in eastern Homs-Damascus desert area because if rebels from these two areas are connected they could endanger SAA in greater Damascus region. 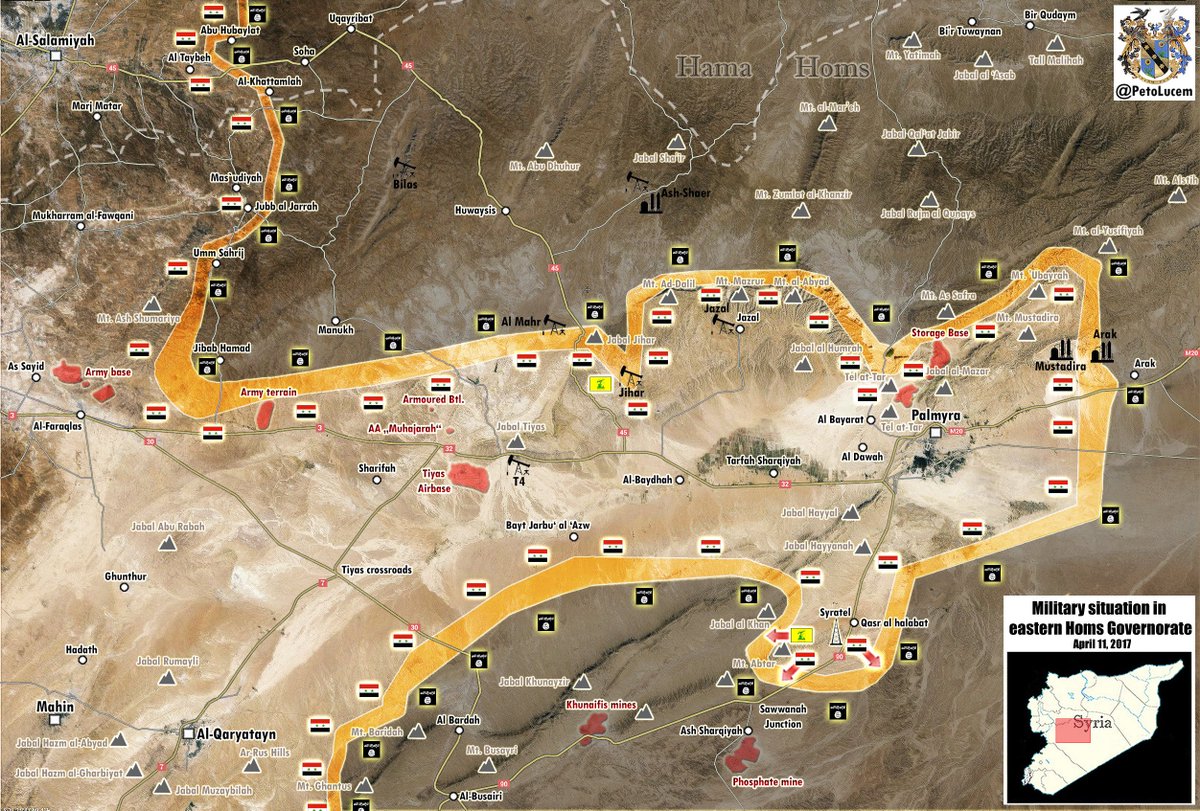 IS executed six brothers of one of its commander because they tried to flee towards Ras al-Jadda neighborhood in Old Mosul district. Reason given for executions is “leaving the land of Islam” towards “unbelievers”. Speaking of executions, IS yesterday reportedly executed 20 civilians in Al-Yarmouk district for transmitting information to Iraqi Army. Shortly after the executions took place IS was completely pushed out of Al-Yarmouk by Iraqi Army. 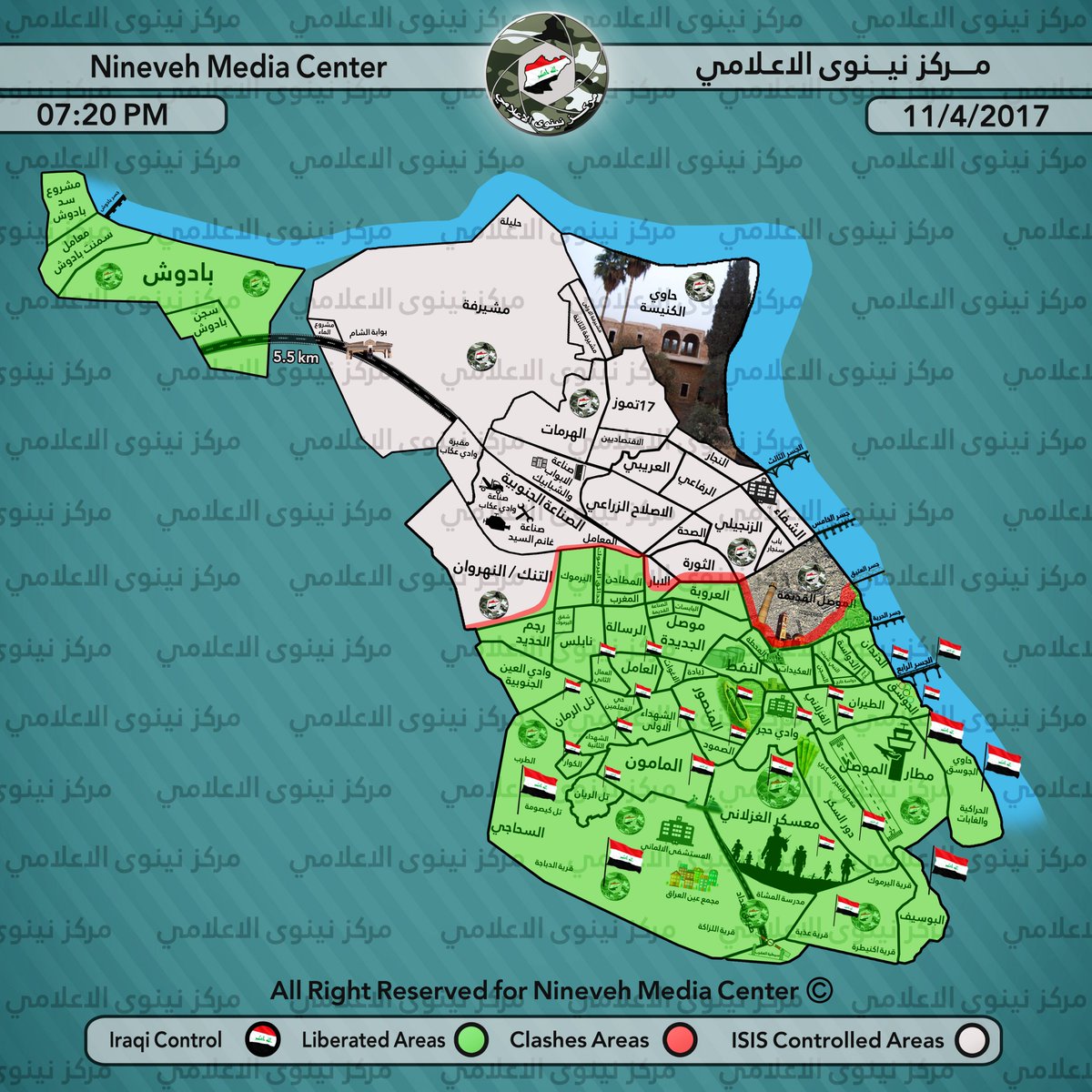 On the 10th of April 2017 CJTF-OIR has conducted 19 strikes in Syria. CJTF-OIR‘s main focus in Syria at the moment is Tabqa-Raqqa region where they did 14 strikes supporting SDF‘s operation against IS destroying five vehicles, two fighting positions and a vehicle bomb; and suppressing an IS tactical unit.

Other area where four strikes occurred is Abu Kamal destroying two IS pumpjacks and two wellheads.. Full report on CJTF-OIR strikes conducted in both Syria & Iraq can be found here.