Hello and welcome to the 33rd installment of the SWD.

SAA continues to advance around Deir Hafer taking Zubaydah and Khafsah southwest of it and Al-Kiyariyah directly to the north of the city. Pattern of advances suggest that SAA is going to encirle Deir Hafer before storming it, but if you could learn one thing from this war, it’s that it is very unpredictable so we will just have to wait and see what happens. 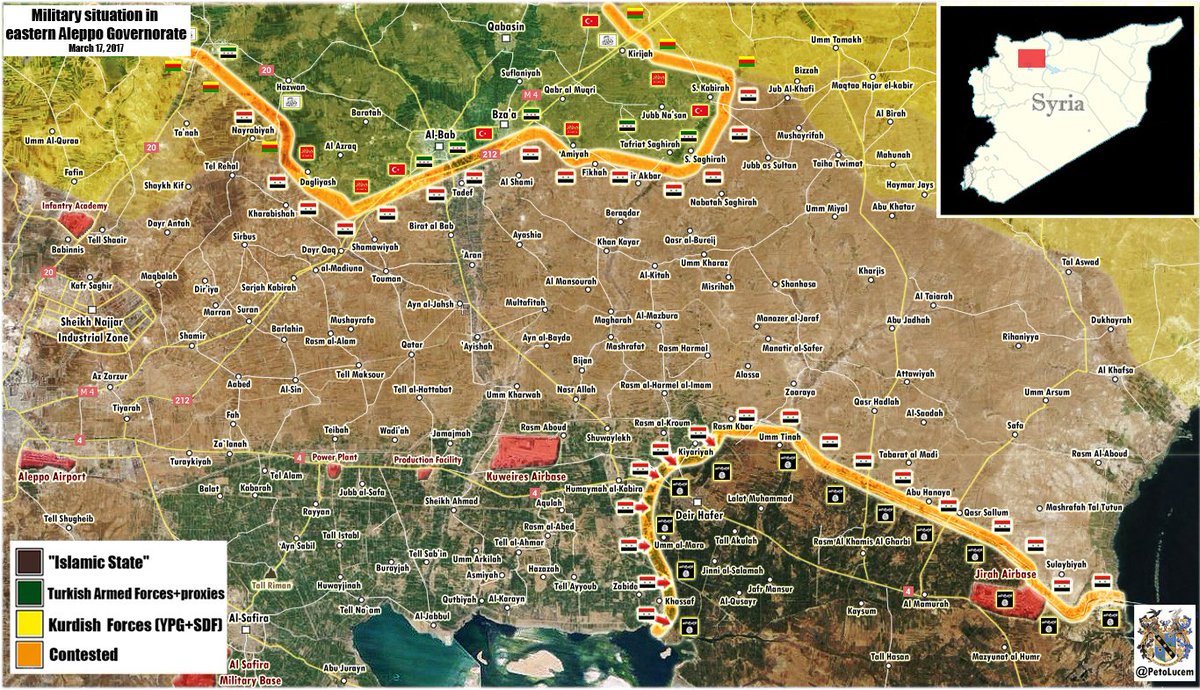 This event occurred last night and was picked up by the MSM and I’m pretty sure almost everyone knows everything about it, but nonetheless the situation will be reported here. US aircraft “conducted an airstrike on an Al Qaeda in Syria meeting location March 16 in Idlib, Syria, killing several terrorists.” according to the statement released by CENTCOM. However, airstrike has hit al-Jinah mosque in southwestern Aleppo, it is unknown if this is a separate airstrike following the one that CENTCOM reported or the exact one reported. There is no doubt that the US aircraft targeted the mosque as a couple of missile fragments were found on the site of the attack.

Casualties from the attack vary between 50 and a 100 killed, official final number of the casualties is not known at this point. Dispute exists between who was killed in the mosque, pro-rebel sources claim that the mosque was filled with civilians who were praying and other sources, mainly pro-government claim that the killed ones were all HTS militants.

Four Israeli warplanes targeted SAA & allies positions in T4 airbase, Homs governorate. Airbase had a sizeable Hezbollah presence, fighters of Hezbollah arrived at T4 as reinforcements when it was highly endangered by IS during their latest offensive in east Homs. Goal of this attack could have been attack on Hezbollah positions around T4, however, there is no way to prove if Hezbollah maintains its presence in T4 airbase. Several sources claimed that strikes killed several Hezbollah fighters including a commander Badie Hamieh, keep in mind that these claims can’t be verified for now so take it with a grain of salt.

What separates this attack from the previous ones conducted by Israel on Syria is the fact that Syria responded this time. Three anti-aircraft missiles were launched by SAA, one landing in Inbah, Jordan and other two at unknown places. Pro-government sources claimed that one Israeli jet was downed by SAMs launched, however, IDF was quick to comment on the situation stating that “at no point was the safety of Israeli civilians or the IAF compromised”.

Iraqi army achieved major progress in Al-Resala and Nablus district and is close to fully liberating them. Official statement regarding liberation of these 2 district should be released soon, if everything goes according to the plan and there are no shocking setbacks. Advances happened in “old Mosul” as well with Iraqi army capturing Al-Basha mosque and Bab al-Saray thus reaching Bab Al-Abyath.

Convoy organized by PMU reportedly consisting of 1000+ vehicles carrying humanitarian has reportedly reached Mosul. This comes after Ayatollah Ali al-Sistani called for Iraqis to help Mosul residents, aid was donated throughout the Iraq but the biggest part came from the southern governorates. 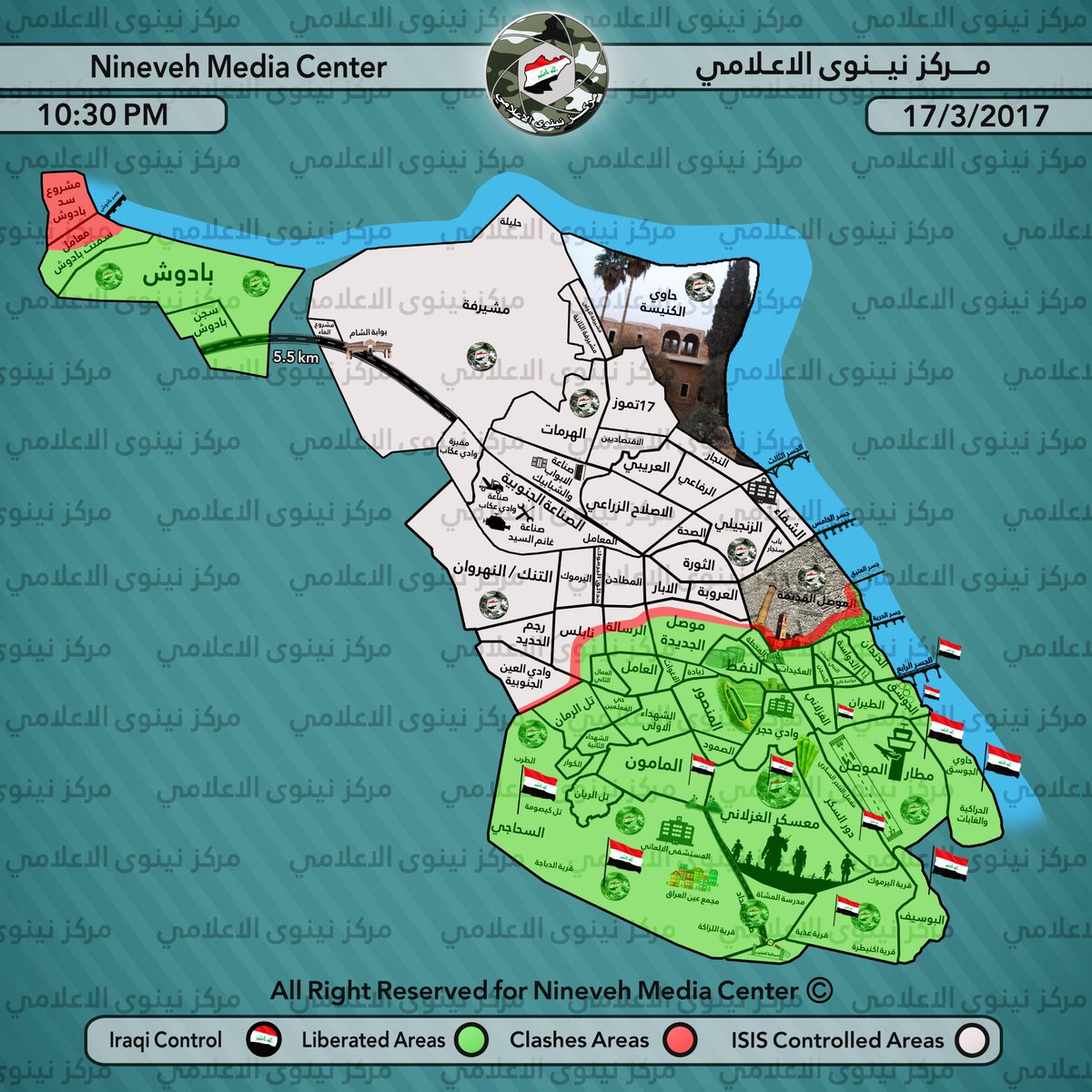 On the 16th of March 2017 CJTF-OIR has conducted 17 strikes in Syria. CJTF-OIR‘s main focus in Syria at the moment is Deir al-Zour-Raqqa region where they did 17 strikes supporting SDF‘s operation against IS destroying two wellheads, two tanker trucks, a front-end loader, four fighting positions, a roadside bomb, a weapons storage facility, a storage facility, a vehicle bomb facility, an unmanned aerial vehicle facility, a logistics facility and an ammunition cache; and damaged a bridge.