Hello and welcome to the 20th installment of the SWD. Finally after a long overdue, an official Twitter account for the SWD is up and running @SyrianWarDaily. Feel free to send a message if you have an inquiry.

Humanitarian aid convoy jointly organized by Russia and Syria entered villages near Manbij and distributed medicine and food to the local population. More convoys are expected to arrive in the area with some even possibly reaching Manbij city.

Even though SDF-Russia deal was announced a few days ago, clashes continue between TFSA and SDF with former capturing Jubb al-Amir from the latter, west of Manbij in the area that is supposedly going to be handed over to the government. 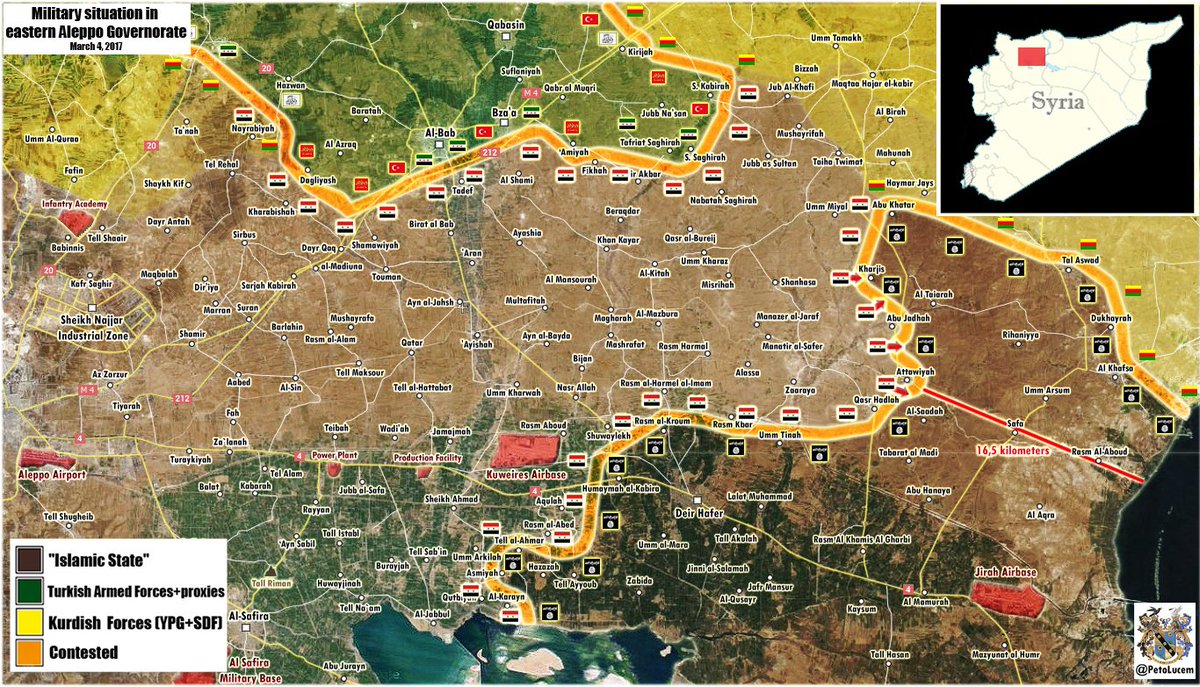 SyAAF lost a MiG-21 today while it was flying over Idlib governorate in the direction of Turkey, presumably doing a bombing run. Warplane crashed in Hatay province, Turkey. This is were confirmed news end on this topic and speculations being.

There are even disagreements about pilot’s fate, majority of the sources reported he was alive and that search is in progress. However, two unconfirmed claims are being spread, first one is that the pilot was captured by rebels while he parachuted from the falling plane and the second one is that the locals found hapless pilot and he is safe now.

A chain of suicide attacks has struck west Mosul over the past few days, just today 5 car bombs targeted Iraqi army in Al-Tayran district, they were all reportedly destroyed before reaching designated targets. Clashes in the city took place near governor building and prophet Sheet mosque, new significant advances by the Iraqi army didn’t happen since yesterday. 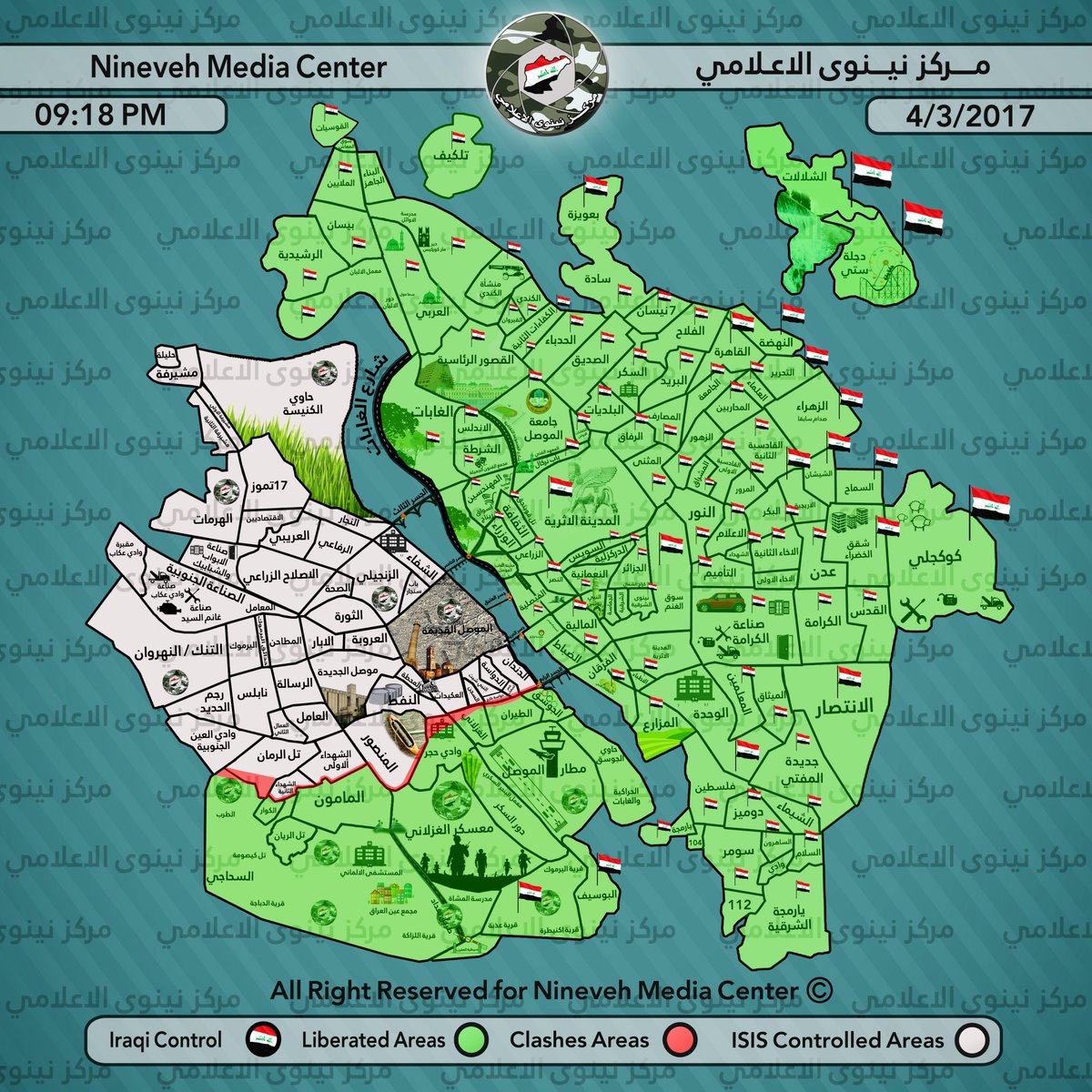 On the 3rd of March 2017 CJTF-OIR has conducted 2 strikes in Syria. CJTF-OIR‘s main focus in Syria at the moment is still Raqqa where they did 1 strike supporting SDF‘s operation against IS destroying a weapons storage facility

Other area where strike occurred is Palmyra damaging a bridge. Full report on CJTF-OIR strikes conducted in both Syria & Iraq can be found here.