Hello and welcome to the 6th installment of the SWD.

TFSA launched another attempt to capture Qabasin and Bzaah from the IS east of Al-Bab. IS has been putting a good fight in these two towns repelling over a dozen previous attempts by TFSA to control it.

In the city of Al-Bab itself, TFSA took control of the northern entrance located at Al-Rai roundabout.

Al-Hamza Brigade, part of TFSA also claimed control of western districts of the city, if these advances are confirmed situation in the northern Al-Bab should be about the same as it was few days ago before TFSA was pushed out by IS.

SDF continue their advance on multiple axis against IS, reportedly taking control of number of villages; Juways, Shwayhan, Balash, Bir Adman and more… 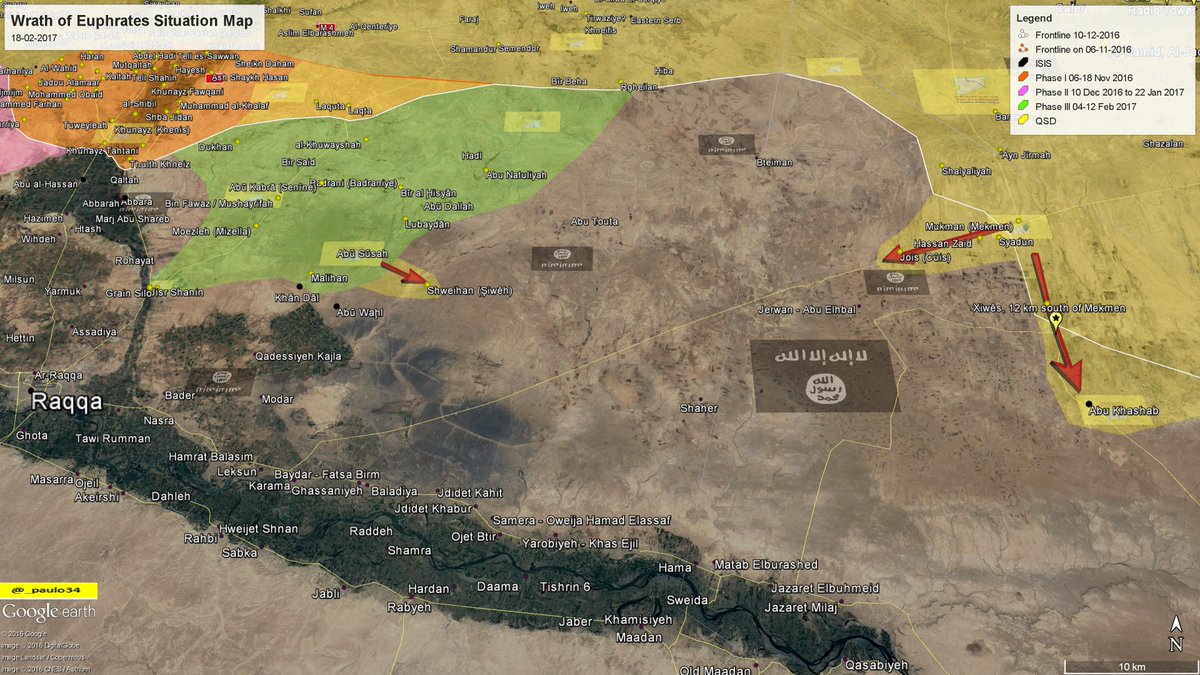 Reportedly a big military operation by SAA to capture Qaboun-Barzeh pocket has started, this doesn’t come as a surprise because since last week there were unconfirmed reports from the pro-government side about potential operation in this area. Qaboun-Barzeh operation is a prelude to an even bigger operation enveloping whole E. Ghouta pocket.

The aforementioned pocket is important to E. Ghouta because of its tunnel network used to smuggle items undermining the overall “siege” of Ghouta. What government hopes to achieve from this are tighter siege of Ghouta and safer Damascus and its surroundings.

There is no doubt that SAA will be able to capture the pocket, it is up to militants to decide whether they want to reconcile now and prevent unnecessary bloodshed & destruction or be stubborn and reconcile after they’ve been pushed into a corner.

Also a thing to keep in mind, Qaboun-Barzeh pocket has a significant Nusra (JFS, HTS) presence.

For more info about Qaboun-Barzeh and whole of E. Ghouta, read a very good report called Into the Tunnels by Aron Lund. 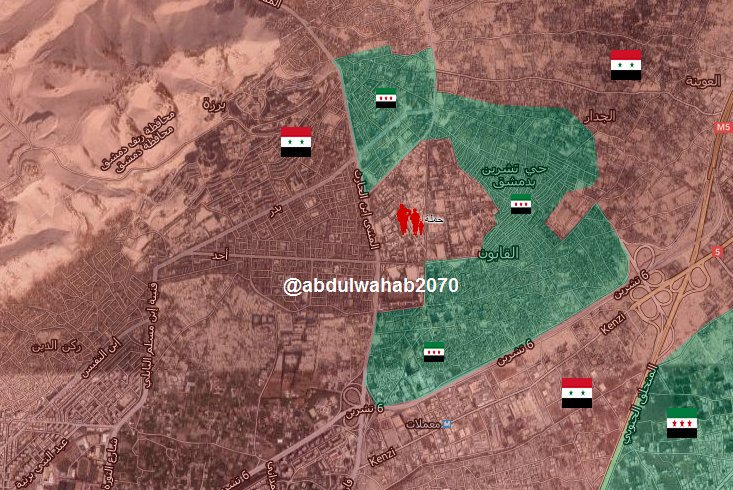 For the past few days situation in Daraa remains unchanged with clashes still raging in Al-Manashiyah district. The reason Daraa is listed here is because IS media outlet Amaq released new statement claiming responsibility for the assassination of FSA captain Talal Al-Khalaf on the 14th of February. Full statement here.

On the 17th of February 2017 CJTF-OIR has conducted 34 strikes in Syria . Half of the strikes were concentrated on Raqqa where they destroyed four tunnels, three fighting positions, three IS-held buildings, two weapons storage areas, two IS HQs, a vehicle bomb storage facility, a fuel station and a bridge.