Hello and welcome to the 4th installment of the SWD.

One of today’s big stories propagated by the MSM included death of 24 people in Al-Bab due to Turkish bombardment, this comes after the news that last night ES launched new phase of the Al-Bab operation.

This morning a post arose on FB unofficially stating casualties of the ES operation. Supposed number of TFSA killed is 469 and 1712 wounded, TAF allegedly lost 64 soldiers and other 386 are wounded. Source: Abdullah Ağar

Last night according to some reports clashes erupted between SDF and TFSA after the former allegedly tried to infiltrate the village of Hazwan, intrusion was reportedly repelled.

SAA Tiger Forces continued their advance in the direction of Deir Hafer and took control of Humaymiyah hill. Unconfirmed reports of an IS SVBIED targeting government troops somewhere in between Shuwaylikh and Rasm al-Kabir. 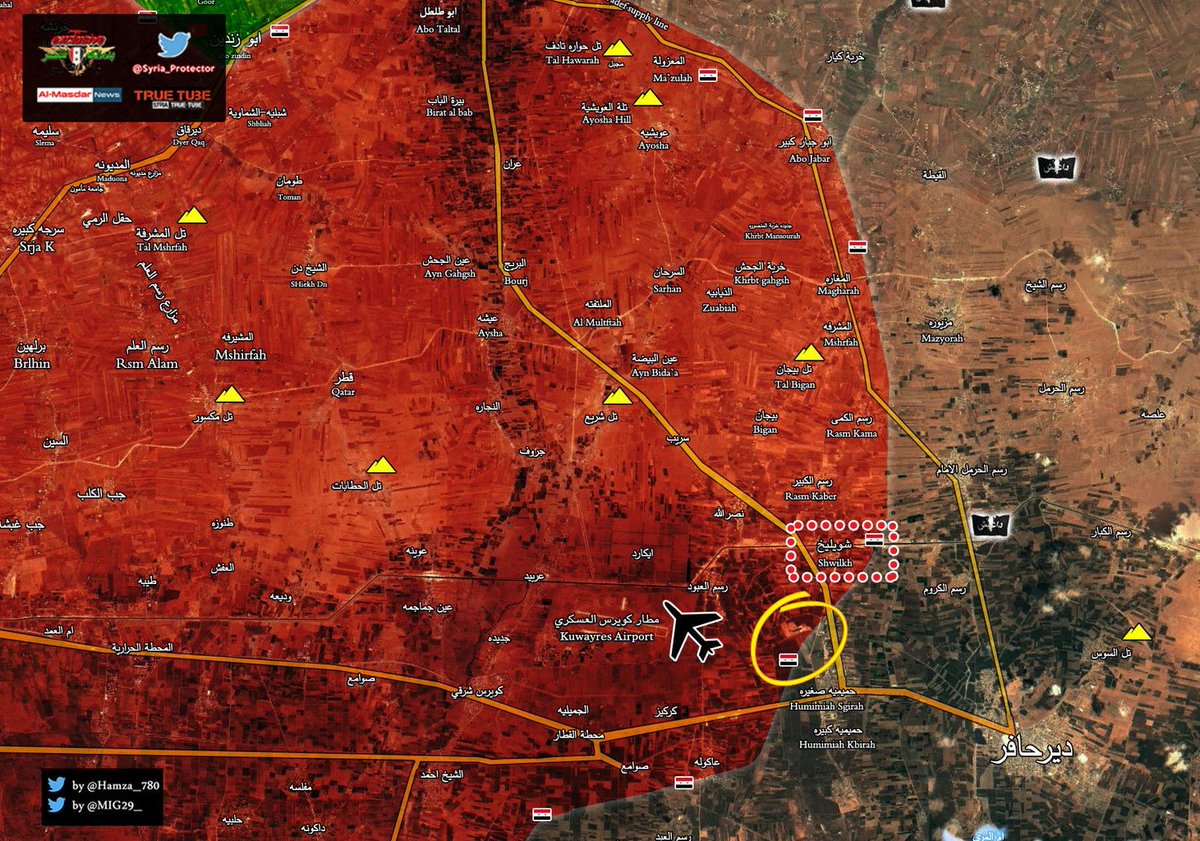 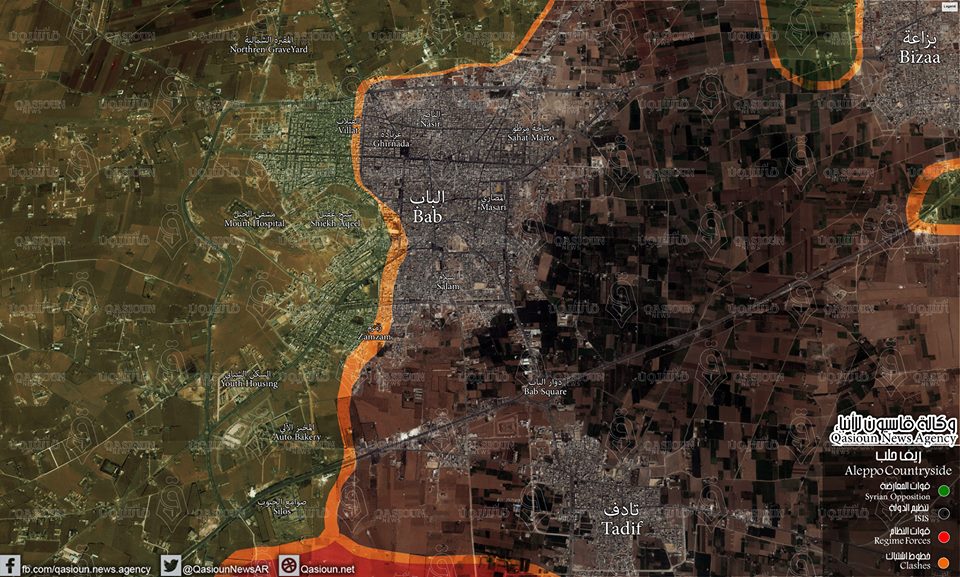 SAA are reportedly advancing on the multiple fronts against IS in the E. Homs countryside, in direction of Jahar & Mahr oil fields and towards Jabal al-Tar and Jabal al-Hayyal. SAA are also approximately 15km away from the Palmyra Triangle. Demining operations are underway in Hayan gas facility. 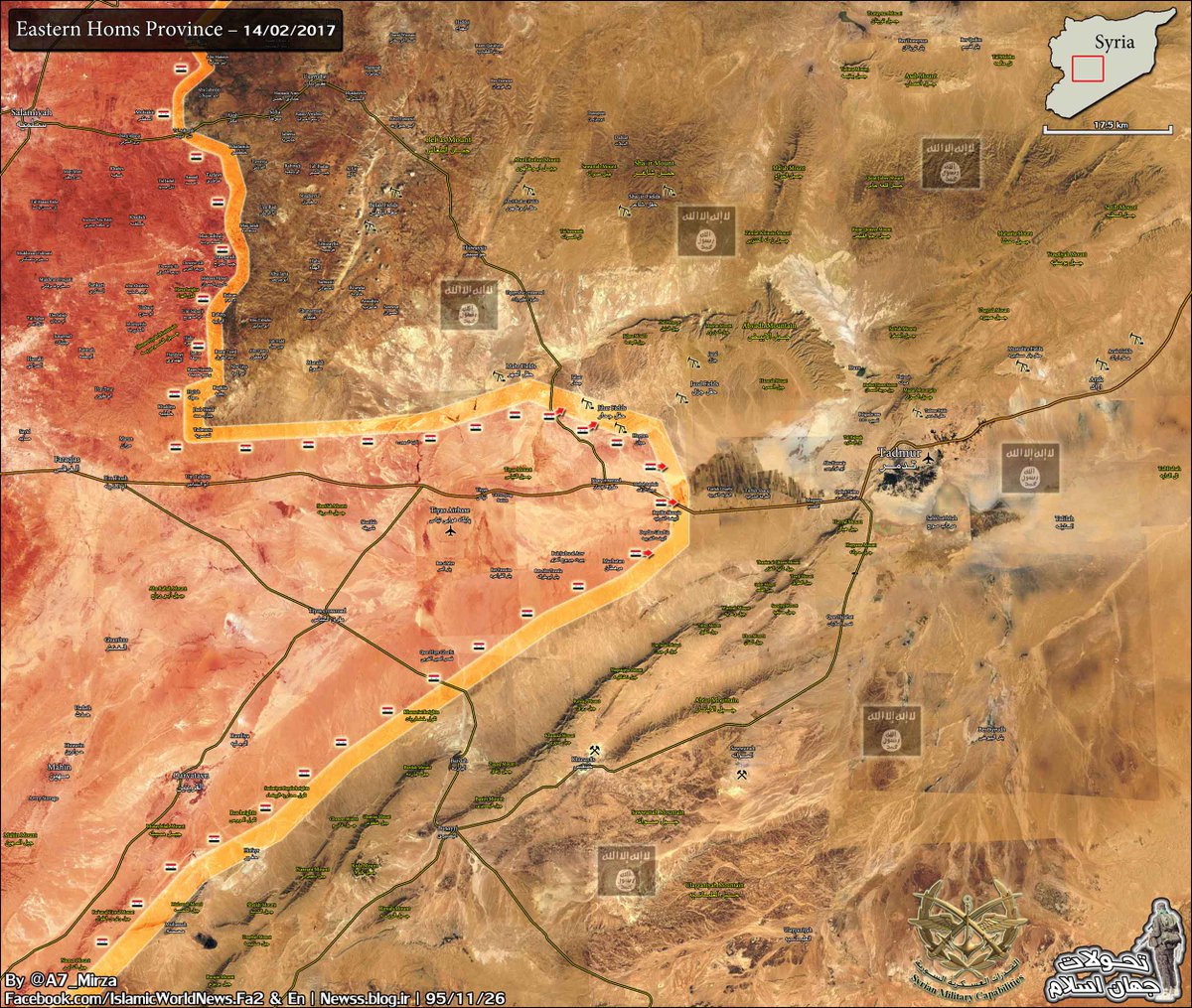 No new rebel advances have been reported today in Daraa. Statement released by the Al-Binyan al-Marsous operation room declares that the reason for the rebels offensive are continuous government ceasefire violations, statement also includes groups that are participating in the offensive, some notable ones include; HTS, AAS, JAI and groups mainly from SF, full statement can be found here.

Wounded rebels are not allowed to enter Jordan as the border is still closed due to recent rebel offensive. Jordan is looking to de-escalate situation in Daraa by even going as far as threatening not to pay salaries to the fighters.

Earlier this month Amman stated that once SAA re-establishes control of the border, Jordan will fully open it. Current offensive doesn’t suit Jordan’s interests as they are more interested in political solution after realizing they probably won’t be able to force Assad to step down. Aleppo may be the cause for the shift of Amman’s policy. Trying to reconcile still predominately moderate south with the current Syrian state and uniting them against radical groups such as HTS and IS is Jordan’s new main priority. 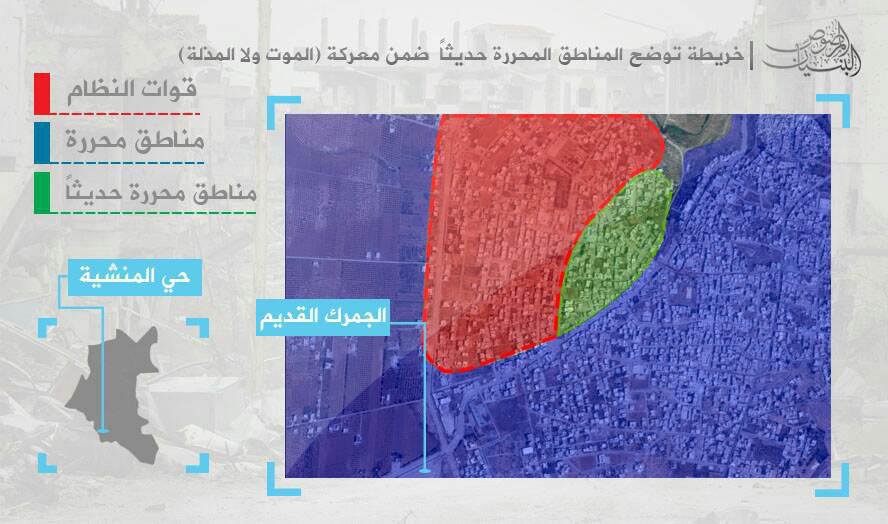 Official map of the rebel advances in Al-Manshiyah (green), shows advances in the NE area which are universally acknowledged.

This could be just an attempt to cozy up and get on the good side of the new US administration in an effort to get them to change their foreign policy regarding Syria.